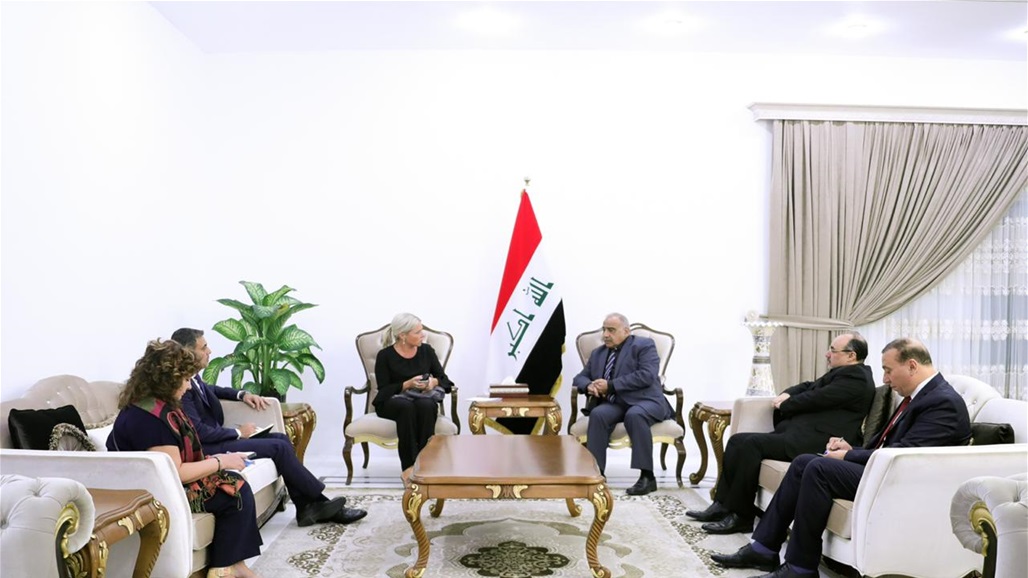 Prime Minister Adel Abdul-Mahdi and the Special Representative of the Secretary-General for Iraq Janine Hennes Blachartz, on Wednesday, the government's plans to develop the economic sector and development.

Abdul Mahdi's office said in a statement received by Alsumaria News that the latter "received, today, the Special Representative of the Secretary-General of the United Nations in Iraq, Janine Hennes Blachartz," noting that "the meeting dealt with the report of the United Nations Mission in Iraq (UNAMI), which confirmed the positive developments and the form and support The government's directives to promote security, stability and the rule of law. "

"The meeting discussed cooperation between Iraq and the United Nations and the positive developments witnessed by Iraq in the security and economic fields, the government's plans to develop the economic and development sector, and promote stability, humanitarian fields and issues of displaced people, in addition to Iraq's role in its Arab and regional environment," it added.