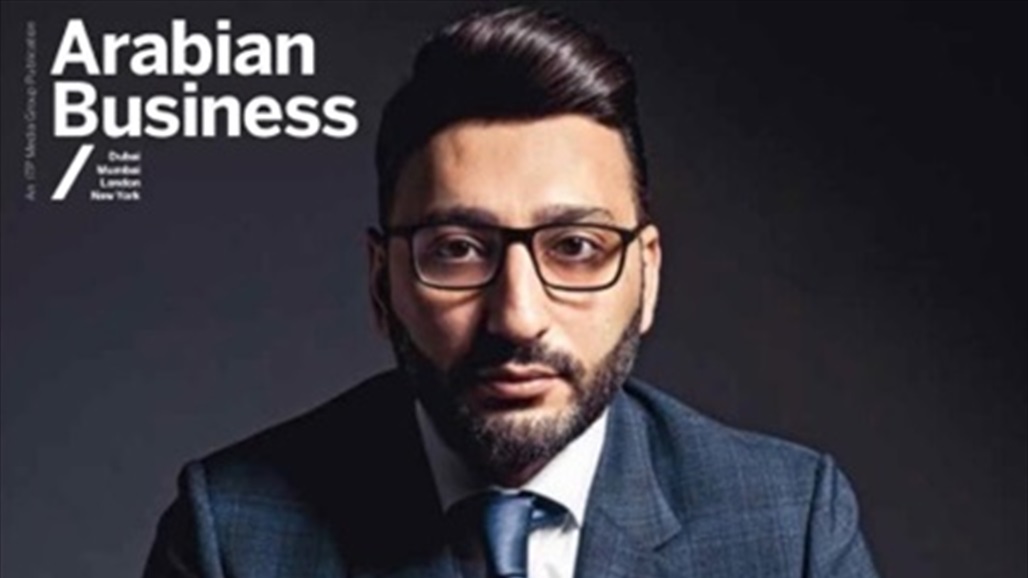 War and poor consumer spending are a challenge for most companies, but it is different for Iraq's largest telecom companies, led by an ambitious young CEO, Ali Zahid.

"Baghdad is safer than Chicago," says Ali Zahid, executive director of Zain Iraq. Zahid tells Arabian Business that a consultant, based in Chicago, was asked to hold a meeting outside Iraq, not in Baghdad, for fear of the security situation. "I then reminded them that in the first six months of the year, Chicago witnessed 221 deaths, while in the same time period, 145 people were unfortunately killed in Baghdad."


Under Zahid's leadership, the country's largest mobile operators are expanding. In 2018, Zain Iraq's net profit increased by 70 percent year-on-year to $ 49 million compared to $ 29 million in 2017. In contrast, full-year revenue was $ 1.1 billion, a 3 percent increase. Earnings before interest, taxes, depreciation and amortization (EBITDA) were $ 423 million, up 11%.


what is the secrete? A young, courageous and courageous team (part of the leading Zain Group in the MENA region) is able to lead the company in a new direction.

"Upon receiving my assignment, one of my requests was the ability to choose the working group," says Zahid. "I was successful in putting people in the right place. We have seen natural growth. .

You have chosen the ascetic wisely. His first step with regard to the team was to reduce operating costs and improve the working environment by relocating the company's 50-villa headquarters to one tower in Baghdad. His next step, of course, was to invest in digitization. This step so far, will bear fruit. Zain Iraq says it has the largest share in the country's telecom market by 43%, followed by Asiacell by 38% and Cork by about 19%. Zain Iraq 's share of the revenue market is approximately 40 percent, while Asiacell and Kurd have 43 percent of the market.

With these impressive figures, Zain Iraq 's chief executive is undoubtedly satisfied with the results.
“Our digital revenue has increased dramatically, and today we are the main operator in terms of customer data. In every survey, we can see that we are the number one operator for consumer choice, in terms of network quality and data quality,” he said with a smile.
And why not brag about your numbers, if you outperformed your competitors, despite the two negative factors that govern your business: your geographic proximity to war zones, and the meager spending power of customers. These factors can be a nightmare for many companies. But it is different for Zain Iraq.

"The launch of other operators was in the safer northern regions of Kurdistan, meaning they had never experienced the civil war we had at the time, where they had the ability to get safe ground with a larger portfolio."

"We have more customers, but our customers do not have the financial capabilities of consumers in the north."

These facts did not prevent the company from expanding its 3.9G services across the country and restoring 97 percent of the war-ravaged sites in the west and north, in conjunction with the launch of various initiatives, aimed at winning customers, especially in key areas. Zain Iraq has a customer base of around 1.3 million subscribers in the first quarter of 2019 compared to the same period of 2018 - an increase of 9% to 16 million users.

Zahid referred to what he called a "very aggressive sales approach", but at the same time considered the strength of his team to know the strengths and weaknesses of this approach.

In an effort to address the current reality, the company has improved its sales centers and expanded to more than 18,000 sites, while renewing its network in Kurdistan.

The company's ambitions are high: 2019 net profit is expected to rise by at least two figures and could be further by 2020, although Zahid was reluctant to reveal that figure.

However, he was keen to engage readers, seeking his 4G license this year. He expressed his belief that the Iraqi government will not impose licensing fees, taking into account the huge investment Zain Iraq has allocated $ 5 billion to license and rebuild 4,700 towers across the country since 2004.

"We need the government to give us a 4G license. As far as the network is concerned, our networks are ready for 4G, but we need to get the green light from the government to be able to launch 4G. We hope this will happen this summer or fall, so we can The launch of 4G services in Iraq would help tremendously - not for us, because it would require massive investment, but it would help the customer base, and it would help with data-related requests for the Iraqi population currently using 3G as if it were a network. We really need a 4G network For the fourth to meet the country's requirements, "says the ascetic.

Operator investments in infrastructure are largely available through the IFC's financing package, which will allow the company to expand further in areas of Iraq where services have not been available before.

As a member of the World Bank Group, IFC has placed a $ 269 million loan to help rebuild Iraq's telecommunications operations and spur economic growth. The loan package includes $ 100 million from the IFC Special Account and another $ 169 million under the revitalization process. Funding has helped Zain Iraq improve the capabilities and quality of its 3G network.
"We know how strict the IFC is in terms of granting loans," says Zahid.

“They have made a very long assessment of the company, its direction, strategy, management team, and even the firefighting system. This has helped secure investment for our 4G and 5G projects where the Iraqi government says it wants to implement in the next two years. Helps us do what is necessary to do. "

The enormous young generation of Iraq, with 50 per cent of Iraq's 38.7 million people under the age of 25, has helped the telecom company make money through its distinctive products.

“If young people do not have access to the Internet, we will not achieve any increase in our youth segment.

His team is counting on a number of initiatives for Iraqi youth. They launched the Hess Elieh initiative, or Alan Lee, a marketing campaign focused on inspiring and empowering young Iraqi talent by encouraging them to explore their skills and potential by inviting them to present their business ideas to the Zain Iraq team. Some 8,700 participants made it to the final round.

“It was a program entirely dedicated to youth empowerment,” explains Zahid.
It is the same campaign that inspired him to start the Zain incubator, which helps aspiring entrepreneurs develop their ideas with the company's technical and management team, as well as the role of on-the-ground consultants who provide support in setting up a small business.

But this initiative is not just to help Iraqi youth realize their entrepreneurial dream. It helps the ascetic team in determining market trends. “We believe in such ideas, because the Iraqi market needs new young entrepreneurs,” Zahid admits. “I think what we do is not only part of our social responsibility, but it also helps us understand the market.”

It also contributes to Zain Iraq gaining more customers as the team monitors market developments and popular products and makes them readily available to subscribers before competitors.

“We are the only operator to provide the popular game PupG. We are also trying to set new trends when we monitor the growth potential. "

One of the things that distinguishes the new leadership team in Zain Iraq from the previous traditional teams is its advocacy for gender diversity.

By the end of 2019, the company aims to raise the proportion to 33%. The number of working women is not only growing in numerical terms, but they are also seeking to move up the career ladder to ensure strong positions.

For the first time in its history, the company has appointed a woman to the senior leadership team: Rasha Barakat, Head of Human Resources Development.

"In the past, Iraq has always been a completely open society, but the reality has changed during the years of dictatorship," Zahid said. "Today we are trying to provide support to women for more leadership roles in the company." Males. "

Their male counterparts are targeted for advancing gender equality across the country. Every senior official within the organization, from managers to CEOs, is required to participate in the Women's Empowerment Lectures.

"We know that our support for women in a large company like ours will not achieve what is required, but we need to consolidate ideas about the meaning of women's empowerment and the challenges women face in institutions and in a society like ours, and discover ways to provide real support for them in the future," he said. .

Perhaps the largest private sector investor in the country after the oil companies would urge investors to think twice about Iraq - not in terms of security and safety, but in terms of opportunities.