During his meeting with the Jordanian Ambassador in Iraq

During his meeting with the Jordanian Ambassador in Iraq

[rtl]Minister of Justice: Emphasizes the depth of the relationship between Iraq and Jordan and develop in all areas[/rtl] 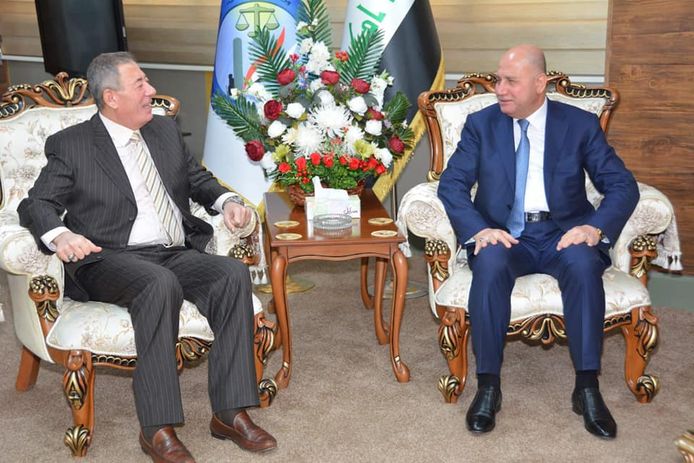 The Minister of Justice, Mr. Farouk Amin Al-Shwani, stressed the depth of the relationship between Iraq and Jordan and the keenness of the Iraqi government and people to strengthen and develop these relations in all fields. He also praised Jordan's steadfast and supportive positions in all Arab, regional and internationalforums . , the Minister announced that during a meeting in the library at the Ministry of Jordan hE Ambassador victor Zoubi and his accompanying delegation.

For his part, the Jordanian ambassador to Iraq affirmed the support of the Hashemite Kingdom of Jordan, represented by His Majesty the King of Iraq in all fields and in the interests of the two brotherly peoples, especially in the legal fields, rehabilitation and training, in addition to exchanging experiences between the Iraqi and Jordanian Ministries of Justice.