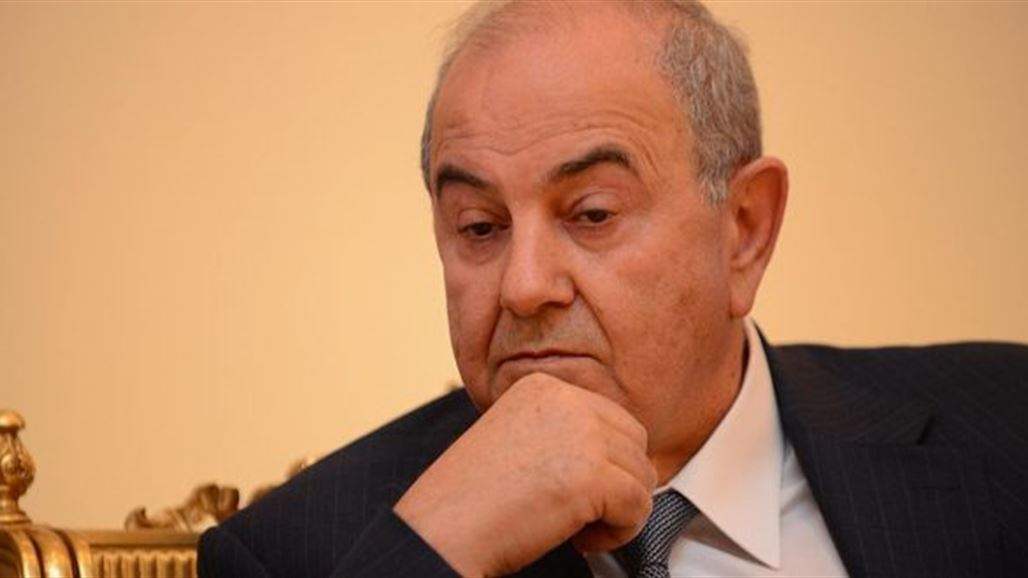 The leader of the National Coalition, Iyad Allawi, that the organization "da'ash" and terrorism began to rise again, noting that the political and economic environment in Iraq is still not repelling terrorism.

Allawi said in a tweet on the social networking site Twitter and his follow- up Alsumaria News, "The call and terrorism began to surf the surface again malicious acts again, which we have already warned of it and new generations of this terrorist organization pursues the method of qualitative operations, as well as the challenges and dangerous escalation Which is witnessing the region. "

"The unfortunate and painful that the political and economic environment in Iraq is still not repulsive of terrorism," adding that "the citizen has not touched until the moment any positive impact or application of slogans reform that has been lifted, which requires an urgent account inventory by the executive and legislative authorities, Real before it is too late. "

The leader of the National Coalition Iyad Allawi, on February 24, 2019, warned of a third generation of terrorism, while referring to the role of a new " lobbying ".