Halabousi: Iraq supports the peaceful solution to the Yemeni crisis

Halabousi: Iraq supports the peaceful solution to the Yemeni crisis

[size=36]Halabousi: Iraq supports the peaceful solution to the Yemeni crisis[/size] 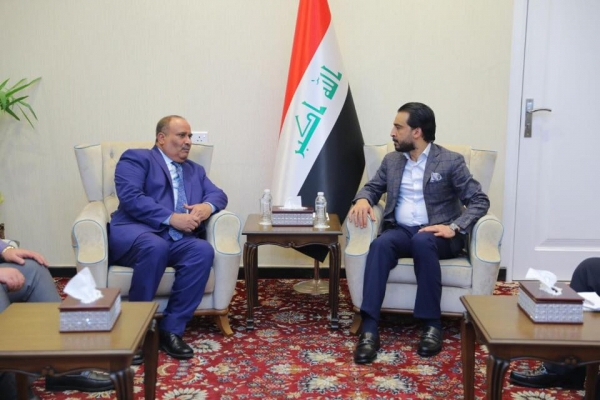 The Speaker of the House of Representatives, Mohammed Al Halbusi, received on Wednesday the Ambassador of the Yemeni Arab Republic in Iraq Ahmed Ali Marmash.
He said Halbusi's office "heard during the meeting , a presentation on the Yemeni crisis, stressing that Iraq supports a peaceful solution to all Arab and international efforts; to end the conflict in Yemen, and encourages dialogue and reconciliation between all parties; to maintain the unity of the community fabric.
He noted that" Alhablosa has Congratulations to the people of Yemen on the occasion of the election of the new parliament and his presidency, hoping Yemen to return one people united.
For his part, the Yemeni Ambassador expressed his thanks and appreciation for Iraq's cooperation with his country and his position towards the crisis in it, hoping to strengthen relations between the two countries in all fields.