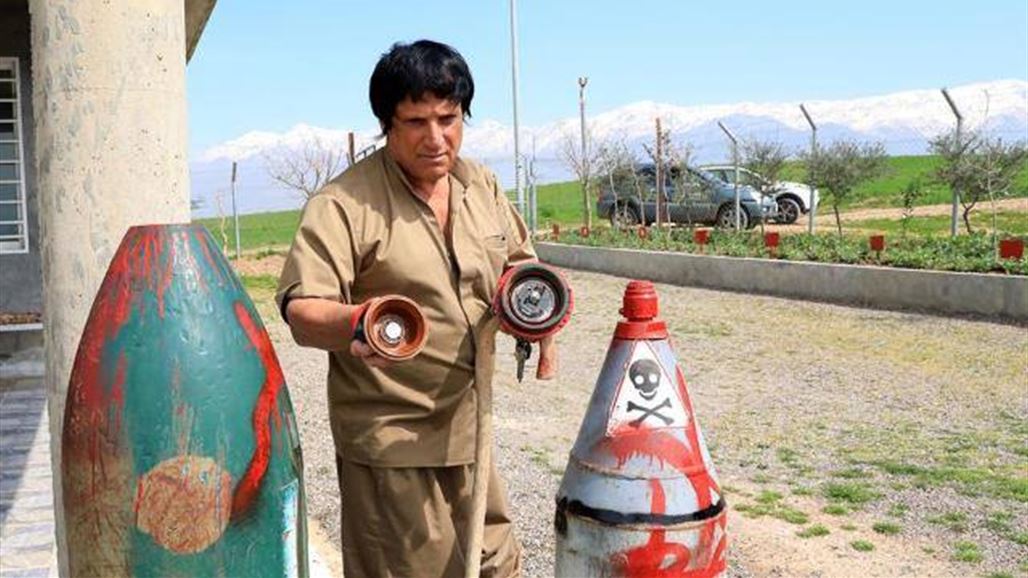 Alsumaria News / Baghdad
, Iraq , Hoshyar continue to work diligently for 33 years, in order to remove the mines on the Iraqi - Iranian border, the two countries during the war, during the period between 1980 and 1988.

Hoshyar Ali, 56, a volunteer, removed hundreds of thousands of mines planted in the Iraqi city ​​of Halabja .

Ali said in an interview quoted by "Anatolia" that he removed about 2,700 mines planted by the organization, "Daash" in many areas of Iraq in 2014.

He referred to his training in mine clearance in Iran in 1980, before he decided to return to Iraq and contribute to the preservation of people's lives.

Ali, who lost his feet (moving with artificial feet) by blowing up two mines in two separate incidents, described what he was doing with humanitarian work.

In 2007, Iraq signed an Ottawa agreement to ban anti-personnel landmines, with the country committed to clearing the country by 2018.

Landmine Monitor noted years ago that Iraq was among the countries most affected by landmines and war remnants, killing nearly 29,000 Iraqis, citing decades of conflict.