Since there is no positive news today, this is the only news I share! 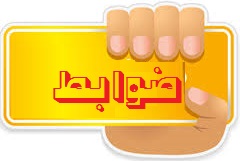 »The controls of the first phase of the project ( transfer of liquidity between banks ) ... To view click here

Iraq, especially after the stability of the exchange rate of the Iraqi dinar against the dollar in the markets and the decline of the gap

The draft liquidity transfers between banks, and this project is the first step to prepare for the activation of the money market

Between banks in the future, especially if any risks, although very low resulting from the transfer mechanism will be

Transport in the first phase of the transfer.

(43) for the year 2015, and after the approval of the draft liquidity transfers under the decision of the Governing Council of the Central Bank of Iraq

No. (3) for the year 2019 in order to complete the efforts in providing new financial products to correct the banking work

(Both Islamic and conventional) and separately

Issued by the Governor of the Central Bank legal reference for the draft liquidity transfers between banks.

Terminology: - The following terms mean the meanings given to each of them and what is mentioned in the controls

 The Bank: - The Central Bank of Iraq.

 The conventional bank: - The word bank and in accordance with the provisions of Article (1) of the Banking Law No. (94)

In a governmental company established in accordance with the Law of Governmental Companies No. (22) for the year 1997 amended.

• Islamic Bank: - The bank established in accordance with the provisions of the Companies Law No. (21) of 1997

And in accordance with the form of banking transactions that do not conflict with the provisions of Islamic Shari'a, both in terms of acceptance

 Transfer of liquidity between banks: - a process of transferring liquidity from banks with surplus to banks

Banking sector, as liquidity surpluses will be invested in banks to finance temporary deficits

In the liquidity of banks with disabilities, and therefore will be subject to all operations conducted within the process

Transfer to the control of the Central Bank of Iraq.

• Disability units: - Banks that suffer from a temporary shortage of liquidity and that apply for funding

(Distressed), and are funded under the supervision and control of the Central Bank of Iraq.

Securities issued by the Central Bank and treasury bills.

 Guarantees: - Financial assets that are pledged against financing (liquidity transfers) such as guarantees

(Government securities and securities issued by the Central Bank of Iraq), and guarantees

Steps to implement liquidity transfers between conventional and Islamic banks:

(Conventional and Islamic) banks under the relevant contracts.

B- The guarantees provided by banks that suffer from temporary shortage of liquidity will be approved.

And to determine the appropriateness of the required liquidity with the Bank's position.

(D) If the Bank fails to meet one of the five approved criteria, the approval of each of the following shall be required

If the bank fails in more than one criterion, the Governor's approval of the grant decision will be obtained

According to the mechanism of liquidity transfers between banks.

C - Field inspections are carried out by the Department of Banking Supervision to verify the accuracy of the data provided
In which the Bank's position is analyzed at the request of the Department of Financial Operations and Management
Religion.
H- After approval by the Credit Analysis Division of the Department of Financial Operations and Debt Management for a process
Liquidity Transfers Liquidity will be required to carry out liquidity transfers and will have options listed
As follows: -
1. Guarantees outside the system: -
The central bank will transfer the required amount to the bank account requesting liquidity and open
(Before the maturity date of the collateral)
Giving a directive to the bank requesting the liquidity indicates near maturity.
2. Guarantees within the system:
• Repo mechanism on the CSD system (repurchase agreement) and the process will be at a certain price determined before
Central Bank of Iraq.
 Mortgages are different on the CSD system,
(Central Bank of Iraq).
 Trading between banks on the trading system, enabling the introduction of the banking sector as a buyer
According to the price of supply and demand.
The bank accounts will be separated from Islamic banks and conventional banks to avoid confusion
Money.
D- At the end of the year,
Depending on the type of securities held by the bank and the type of collateral provided by the bank.