KIM-POSSIBLE CLARIFICATION, and THE SCORE

• Funding for the Wall to manage immigration between Mexico and the U.S. has been accepted by the U.S. Government, thus proving once and for all that Kim does have control and authority over the Manna World Holding Trust. The total amount for that project was in the 30 Billion-dollar range.

• For those like myself who did not see the need for the wall, I’m told it’s actually to prevent the disappearance of so many immigrants who actually become victims of the Cabal’s need to for Adrenochrome. This is the substance used as a drug harvested from human adrenal glands. Sometimes victims are tortured to increase the adrenal concentration in the blood before the blood is drained and used for the psychedelic high. In addition, some of the bodies are used as food for those in the Order who feed on human flesh.

• I have personally spoken to an individual who owns a ranch on the Texas/Mexico border who very casually described illegal immigrants that would make it to their land from Mexico. They acted as if they were stray dogs that they would “put down” without any consideration for their humanity what so ever. This description came from a well educated professional woman who was only about five feet tall. She spoke with a cotton candy voice and like every woman I’ve ever known from Texas she never stopped smiling, and didn’t notice my shock, disgust, or complete confusion about what she had just told me.

• Kim successfully provided funding for the High Speed Rail Train based on a treaty that every country in the world signed back in 1978. The train will create a need for that level of currency to be infused into the system based on principles of supply and demand.

• A ping was sent to the Central Bank of every country stating, “I am ready to send. Are you ready to receive?” When the banks responded yes, they were transferred dividends from 40 years of assets trading on the internal algorithm within the Manna World Holding Trust. These disbursements were based on the Gross Domestic Product of each country.

• Although this act gave every country much needed liquidity, it does not clear the Quadrillion’s of funds reported to be available for the everyday currency holder. It may however allow for some compensation for those of us still holding currency. I believe this decision would be placed in the hands of the Governments.

• Kim is not negotiating an exchange rate on your ZIM Bonds. She is negotiating a mining production deal with Zimbabwe to purchase assets. This deal may allow room to facilitate some version of an exchange but probably not the trillions of dollars many had hoped for.

• The US currency in the Trust is backed by assets with unique allocation numbers that can be verified with the US Treasury. These assets cannot be duplicated by the system as they are already accounted for.

• This process has taken place over the course of several years.

• They have fulfilled their promise to do any of these things-ZERO times.

• Kim said she had an obligation according to the purpose of the Trust to disburse funds back to the Governments and the people. She promised that she would do this, and also promised that she would not put the money back in the hands of the “Rothchilds” who have already been removed as trustees due to a failure to execute their duties.

• These claims have been made over the course of three months.

• So far she has provided funding for one massive project, humanitarian in nature, that has given every Government in the world liquidity. Score: 1

• In addition, she has successfully brought funds into several U.S. banks for KRE8CHANGE so that we could begin our own humanitarian projects, as well as begin to help provide relief for those in need. This has been verified by four separate banks.

PENALTY: BANKS HAVE INTERFERED BY TRYING TO STEAL THESE FUNDS OR JUST ILLEGALLY HOLD THEM

• In many cases this money is still sitting in the banks clearing accounts and will be used as evidence of treason if it is not properly cleared into the intended accounts.

• Finally we expect the banks, the Military, and the Governments to take appropriate measures to allow funding to reach the people, and ultimately save a failing banking system as well.

Additional points will be rewarded or subtracted for the amount of time it takes for the players to fulfill their promises, the integrity with which they played the game, and damage they caused to the field in the process.

Technically the Game’s not quite over so enjoy the remainder of the show. We could find out who really owns some of these financial institutions very shortly. Stay tuned.

"So Kim Got Tank Funded" by (Anonymous)

I really find this strange that Kim got Tank funded and Tank has not said one word about it.

1. I believe that Tank got funded and he does not want anyone to know about it for whatever reasons.

2. If Kim had not said that Tank was funded we would never know about it.

3. From what I understand he did not want anyone to know because of some of funding project are so lame that from the projects info they would,d never have gotten funded anyway.

4. So Tank did not want the so called toothless crack heads to know so he would not be flooded with pointless projects.

5. Also from what I understand a lot of the people that have listened to him are not going to get funded as well.

6. Has the other shoe dropped as far as Tank is concerned? 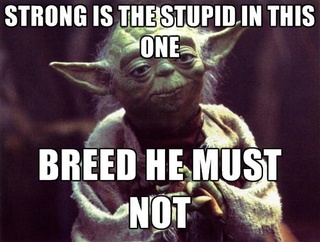