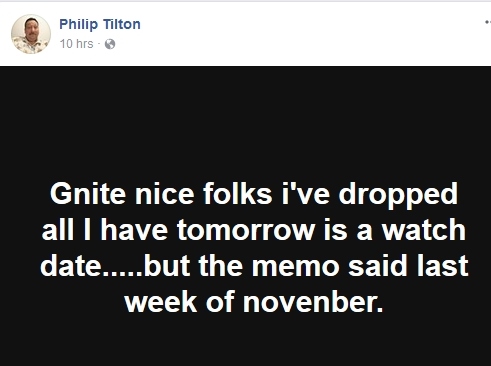 I get in trouble when i say what i was told so I wont say it in here....but i did get the memo that said verbatim the citizens of the USA will be able to exchange foreign currencies for digital coins last week of november. Just saying
*****************
>>>TNTBS's YouTube Channel<<<

After 6 or 7 yrs of "black Friday madness" and ASN fake news & MLM hype..
the dinar community is down to a few remaining imbeciles, and sadly depend on this really horrible bunch for their insider info & those top secret sources..

Just for a moment imagine a dummy sitting on the lap of a really bad ventriloquist.
The dummy of course is the person like Phil or the persons known as a GURU..they may not be a ME Gobal currency expert but ,
.. the bad ventriloquist are the currency dealers and the MLM promoters & support staff/criminals, conmen , mods & shills ..

Now .. #DOJ.gov #FBI.gov #SEC.gov #FTC.gov who do you blame the most for promoting, soliciting, and MLM a worthless currency or currencies as a shrewd investment vehicle ?

Phil said , he'll get in trouble from his source..  Q: is Phil on his own, or is Phil paid to promote, hype and MLM. My question to #IRS.gov who is Phil being paid by and are those cash funds reported?

As the holiday season quickly approaches, I assume Dinarland misses the old group of Gurus/ the real good lairs that were smart enough to get out while the getting was good ..