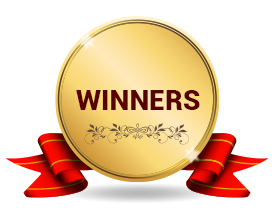 The assigned release time was given out over the weekend to 209 sovereign nations and their military liaisons well before the completion of the solar eclipse on Monday.

The final algorithmic rates were locked and made available for front screen redemption bankers to perform exchanges.

They are very high.

Higher than you've heard in and the past and elevated at the very end to motivate all currency holders to exchange asap.

The ZIM is opening at 1:1. You can negotiate up or down from there. But that's the screen rate.

Nothing else has changed.

The RV is still teed up and immanent.

Paymasters will at a moments notice have their accounts cleared for client SKR release.

Millions worldwide are waiting on these accounts to hydrate.

When they will release relates to the inter working is the international business week which is still an unknown given the new Hercules System.

Frustration over personal circumstances causes all the indivisible lasting out. Then and now.

Shooting intel messengers is not a show of strength but one of continued desperation.

Those are all facts not opinions. They are just facts not yet known to most reading this post.

I believe all deserve to know what's happening in their world--RV or not.

Much of these facts are difficult information to first hear. Still I share because I know nobody else will tell you.

See history is all scripted and written by the winners.

The Elders have won, and this new reality is the historical pathway they choose. Trump. Ryan. TRNs. Immigration. Military. Gold. GESARA.

If you don't agree politically or religiously, or even if you do, that's completely irrelevant as it relates to fact.

Know that those with the vast majority of gold are again making the golden rules, and doing so from a top down methodology.

Most reading these posts are dealing with everyday life from a difficult bottom up reality.

Those are opposite polarities, but yours must adjust to theirs because that's where your new reality is being created until you RV and regain your sovereignty.

Hence I understand your aggressive nature as some of this information is very confusing given how we have all been raised as young Americans and what we have experienced as American adults.

Understandable but your rage is annoying to all... including yours truly. It's simply not logical and thus inefficient. Also a fact.

Ask yourself why Paul Ryan was given an hour on primetime TV tonight right after Trump got thirty minutes and delivered no formidable policy agenda?

Whereas Ryan delivered 100% of policy specific responses as to contrast the sitting "US President."

Makes zero sense unless Ryan is already the President of an incoming Republic government.

And this was the second time Ryan did such a town hall, so tonight wouldn't feel as if he were forcing himself into power and leapfrogging Trump.

Do you not see this Zimlandia? Their not even hiding it anymore.

Not only have the last four years (since the USA, Inc defaulted on August 2013) been historically scripted for us, but so have the next forty years as it relates to the rest of the world's desires with a more balanced and neutered United States of America military.

Americans don't like to hear such rhetoric because the rhetoric they have been fed their entirely lives, for generations, is the exact opposite of fact... which was also immorally scripted by the cabal media.

The script writers just changed not the delivery mechanism.

This was done because the mind control schemes run so deep, Americans, especially uneducated, gun carrying, deep southern Anglo-Saxon Americans, would rather kill their fellow citizens of color or go to war against people of color without a reasonable military need... than admit their own brainwashing and ultimately acknowledge their lifelong mental enslavement.

But I'm the asshole pointing out such facts. Perfect.

The reason is most to all are so deeply embedded in the cabal's vortex of enslavement (i.e. The Matrix) it's not worth my energy to respond because they cannot hear what I say, nor will they consider another reasonable opinion even if it is accurate--because it's painful to change your mind let alone your living habits.

Especially to those who have been mentally imprisoned since birth yet believe they are totally free.

Hopefully the solar eclipse wiped clean such programming. We are told it did. I pray it is so. Sobeit.

Paul Ryan held a CNN-sponsored town hall, disallowing detractors from attending.  There were more people protesting Paul Ryan outside this fabricated town hall than those in attendance.  His town hall spent very little time on Trump.  He opposed censure - why would he oppose censure if Yosef's precious NESARA architects are orchestrating a Trump exit?  Paul Ryan backed Trump's plan in Afghanistan (I do not).  Paul Ryan defended the FoxConn deal.  His fabricated, rigged town hall did NOT cover all policy-specific topics, not even close.  Yosef the Dipshit is banking on the fact that his readers don't bother to watch CNN, or politics in general.

To spew falsehood then state it's all fact is a cabal word-game.  He went into race-baiting and white guilt syndrome again.  He labels anyone voting for Trump, akin to Hillary's comments about, 'deplorables.'  Yosef is simply parroting the cabal mantra, seeking to divide and conquer.  Yosef is colluding with evil minions of darkness, and acts as a mouthpiece of deception.

Yosef has claimed that the RV has been initiated 20 times since January.  He's tied it to the Paris Accord, the election, Davos meetings, G20 meetings, Dunford flying to Asia, an August birthday for Jesus, and now the eclipse.  He has been 100% wrong, 100% of the time.  With each passing date resulting in no RV, he simply doubles down - because he is a liar, and he has been instructed to double down.  Ask why he continues to pump the clarion calls website, and why he keeps asking for emails...if Yosef is benevolent, why would you need to sign up for an RV announcement?  He's giving all this precious intel for free, but you need to enroll via email submission to find out about the RV?  Ask yourself - why does Yosef need you to enroll on his website, and send him your email?

Yosef is a cabal agent and a fraud.  Beware this charlatan, his time is short.

You are absolutely correct regarding Yosef. His made up stories are all about Hearsay, No Facts based on his stories. There are no RV until Iraq announced.