Live Stream from the Court House by The Light Reports.  Watch the live stream report at the following link.....  https://www.pscp.tv/TheLightReports/1jMJgPalBgOxL 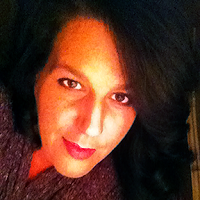 Bills summation of Identity Hearing July 31, 2017
1.) Sealed court, visitors evicted from Court. One large bald guy in suite and one small guy in pin stripes stayed. Small guy later identified as Parker Hill, “government witness”. Tech guy was setting up projector for prosecutor… we could presume to show photos of HATJ? Unknown…
2.) David Bos moves to have court unsealed due to unsealing of case in TN, judge and prosecutor agree.
3.) we are allowed back in court, HATJ unshackled twice in hallway, indicating hand and leg shackling
4.) David Bos says HATJ wishes to represent herself “pro se” with him as stand by counsel.
5.) Judge looks confused and asks if his client does this “knowingly”, he says yes.  Judge said premature to rule in favor of standby counsel. Bos has meeting with HATJ on Wednesday, asks for continuance.
6.) Prosecution looks at Parker Hill, he nods, they agree on Friday hearing 10 AM (unsealed court).
7.) David Bos views future outside counsel as unlikely. HATJ to proceed Pro Se Friday.
Heather looks well and healthy and looking forward to Friday
TN folks did not seem pleased

Most users ever online was 2065 on Mon Apr 09, 2012 5:34 pm
Latest topics
» Abdul-Hussain Al-Hanin * Financial agreement with China and the establishment of Iraq Holding Company.