Each year, well over one million people in the United States are diagnosed with cancer, and the disease kills nearly 600,000 people in the country each year. Cancer has a devastating effect on communities, families and the public health system, but increasing evidence suggests that cannabinoids may kill and treat a variety of cancerous cells.

Cannabidiol and Cancer
Cannabis is composed of dozens of natural compounds, including non-psychoactive cannabidiol (CBD). An overwhelming body of evidence suggests that CBD may be a treatment option for a host of diseases and conditions, including cancer. In a 2007 study published in Molecular Cancer Therapeutics, researchers concluded that CBD significantly reduces tumor aggressiveness in metastatic breast cancer cells, suggesting that the all-natural compound may actually “switch off” the gene that causes cancer. The researchers’ conclusions point to CBD as a viable treatment option for aggressive forms of the disease.

CBD May Kill Cancer Cells
In a 2013 study published in Anticancer Research, author Dr. Wai Liu of St. George’s University of London confirms that cannabinoids, including CBD, offer a diverse range of treatment qualities that effectively switch off the pathways than enable the growth of cancer. When introduced to the compounds in the study, leukaemic cells were arrested, no matter what phase of the cell cycle they were in. These results suggest that CBD may kill cancer cells that are similar to those that cause leukemia.

All the research I have read says the same thing , last year lost 2 people close to me and right now a dear friend is in her last few days . I hate this crap. Also there is a heat treatment in Spain and Germany that has great results if they can start it in time, the doctor that found this was railroaded out of the US by you can guess who, the big drug company's. I am 1 person that with in 1-1/2 years going to lose 3 people due to this. It's time we get other treatments.

I just lost my beloved uncle to lukemia brought on by the chemo.  His cancer was in remission, but the chemo killed him by giving him the lukemia  and I really believe that he could have been saved if he could have had the undiluted version of the cannibus oil.  I have read so much about how it has fantastic success with lukemia at all stages.  He died at 59...
*****************
Tweet

That is true... it  has to be the pure and particular strain.  I see a black market coming up in the future as more and more people begin to realize that the synthetic "cures" are killing us more than the diseases themselves.
*****************
Tweet

Chk out the Cancer Treatment hints...... My Word of Advice, i have seen our health care system in india change from a social service to a rapidly growing industry So since it has become a Business...

I request my readers to allways have a Second medical opinion in healthcare (Industry ) Service .. before going under the Knife, as it would be worth it.... Galactic Human

http://missiongalacticfreedom.wordpress.com/2014/03/09/medical-doctors-exposed/
---
Thanks to 'Tuber romero318, who comments:

Published on Mar 4, 2014
For a long time I have spoken out against medical doctors. Medical doctors these days are not trained in long term health management. The people that you will see in my video are the people I get all my advice from. I have had wonderful results listening to there methods and now I hope you will to. Enjoy!!! Share with friends and family!!

https://youtu.be/RqoEMWv9Dhk
*****************
Greatness lies, not in being strong, but in the right using of strength; and strength is not used rightly when it serves only to carry a man above his fellows for his own solitary glory. He is the greatest whose strength carries up the most hearts by the attraction of his own -- Bryant

“When you judge another, you do not define them, you define yourself.” ― Wayne W. Dyer 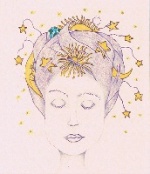