Talks between Barham Salih and the Minister of Interior: The forces are ready to maintain security

Talks between Barham Salih and the Minister of Interior: The forces are ready to maintain security

[size=30]Talks between Barham Salih and the Minister of Interior: The forces are ready to maintain security[/size] 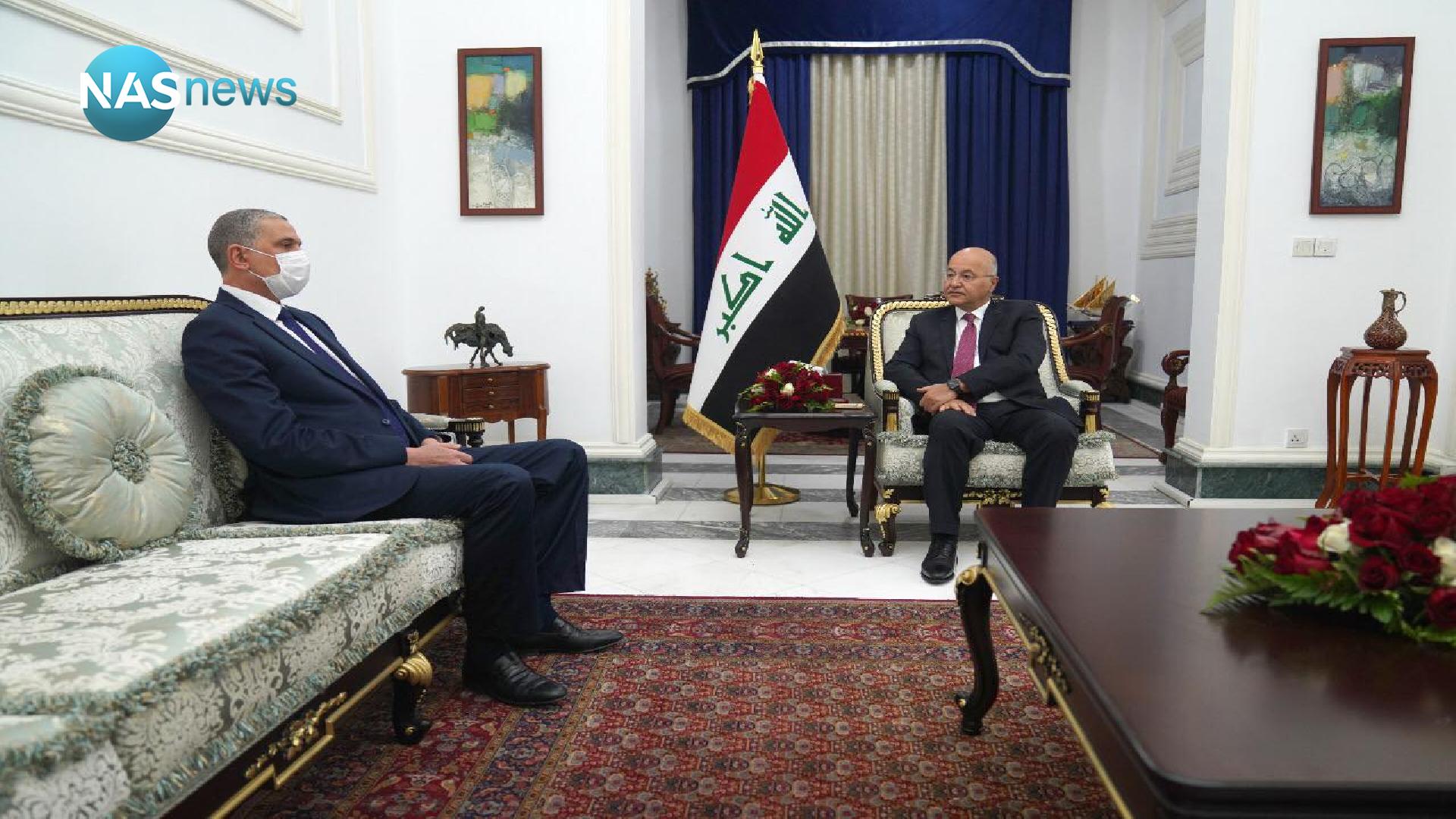 
On Sunday, the President of the Republic, Barham Salih, discussed upgrading the work of the security system and establishing security, during his meeting with Minister of Interior Othman Al-Ghanimi.

At the beginning of the meeting, the President congratulated the Minister Interior, on the occasion of the anniversary of the establishment of the Iraqi police. "

He continued, "The President praised their role and the sacrifices they make for the sake of citizens' security," noting that "the duties entrusted to the police require making efforts to raise the professional, training and legal level, in order to facilitate and develop their work tasks, and provide the best services to citizens."

According to the statement, Saleh added, "The current stage requires upgrading the work of the security system and activating intelligence work to consolidate stability in the country, maintain general internal security, preserve victory against terrorism, and combat crime so that citizens can enjoy security and safety."

For his part, Al-Ghanmi reviewed the ministry’s plans to upgrade its work and the readiness of its forces to maintain the security of citizens, appreciating the interest of the President of the Republic in the Ministry’s work and his continuous support in the field of developing it of all kinds, according to the statement.

Similar topics
» Minister of Finance reveals the "in-depth" talks between Erbil and Baghdad next week on the oil of the region
» Urgent: Diwaniya protesters call on Interior Minister to intervene urgently because of the "brutal treatment" of the security forces
» Oil, industrial cities, and electrical interconnection are on the table of talks by Barham Salih and the King of Jordan
» Barham Salih: The region needs a new work system based on joint security and economic interdependence
» Deputy Speaker: Iraqi forces must intensify intelligence efforts to maintain security and stability in Nineveh

Page 1 of 1
Permissions in this forum:
You cannot reply to topics in this forum
Who is online?
In total there are 55 users online :: 0 Registered, 0 Hidden and 55 Guests :: 4 Bots