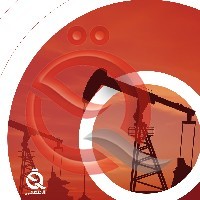 Economy News - Baghdad:
Oil prices held steady on Tuesday as investors kept their sights on US inventory data due later on Tuesday, two days after gains in crude on positive economic data and hopes for a trade deal between Washington and Beijing .
By 0739 GMT, Brent crude futures were down a cent to $ 62.12 a barrel, after rising 0.7 percent in the previous session .
US crude futures fell 9 cents to $ 56.45 a barrel. The contracts gained 0.6 percent on Monday .
US crude oil inventories are expected to have risen last week, while inventories of oil products are likely to have fallen, according to a preliminary Reuters poll on Monday .
Oil was supported by hopes of a trade deal between the United States and China, the world's two biggest oil consumers, which could boost demand .
He continues , oil investors closely the initial public offering of state oil company Saudi Aramco , Saudi Arabia is expected to be greater inclusion in the world .
On the supply side, Russia cut its oil production to 11.23 million bpd last month from 11.25 million bpd in September, but again missed its pledge under a deal to curb production .

Organization of Petroleum Exporting Countries implements (OPEC), Russia and other producers, in the framework known as the OPEC group, + since January , an agreement to cut oil production by 1.2 million barrels per day .

Page 1 of 1
Permissions in this forum:
You cannot reply to topics in this forum
Who is online?
In total there are 117 users online :: 1 Registered, 0 Hidden and 116 Guests :: 3 Bots