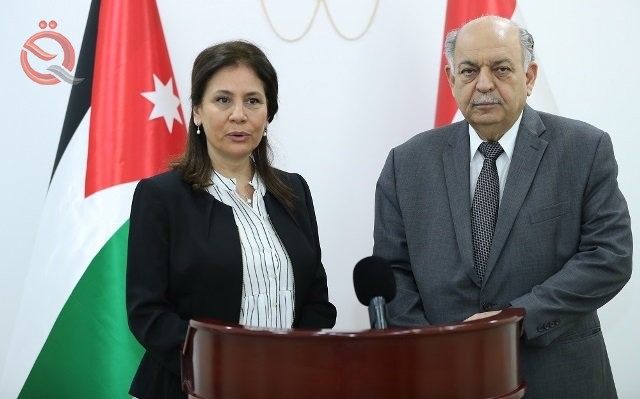 Oil Minister Thamir al-Ghadhban said on Sunday that Iraq is keen to cooperate with Jordan in the fields of oil, gas and electricity during a meeting with Jordanian Energy Minister Hala Zwati.
In a statement received by the Ministry of Oil, the Information Office of the Ministry of Oil said that "Deputy Prime Minister for Energy and Minister of Oil Thamer Abbas Al-Ghadhban received today, Jordanian Energy Minister Hala Zwati," noting that the two sides "discussed bilateral cooperation in the field of oil and gas Electricity ".
"The talks between Iraq and Jordan were fruitful and the two sides will soon bear fruit on the technical and economic levels," the minister said.
Al-Ghadhban added that "the supply of the Iraqi oil pipeline was discussed in accordance with a memorandum of understanding that will be signed later after obtaining the approval of the governments of the two countries, as well as the project of extending the export pipeline (Rumaila-Aqaba), as well as the project of the electric connection between the two countries. To extract oil and gas and renewable energy projects. "
The statement also quoted Energy Minister Hala Zwati as saying that "this visit comes within the framework of enhancing the bilateral relations between the two brotherly countries and continuing with the visits made by the King of Jordan and the Jordanian Prime Minister to discuss topics of common interest between the two countries in the fields of energy, oil and gas, The importance of strengthening cooperation between the two countries for the common interests at the levels of economic and technical cooperation. "
Zwati expressed the hope that "the talks will accelerate the implementation of joint projects after agreeing on the technical steps and mechanisms of these projects."
The two sides held an extensive meeting in which they discussed issues of mutual interest. The meeting was attended by the undersecretaries of the ministers of oil, the Undersecretary of Electricity Minister Nafie Abdul Sada, a representative of the Jordanian embassy, ​​the ministry's advisor and a number of directors and officials of the ministry.