Bulletin 28-General Overview on the ' ' progress ' ' of operations, according to audios of scholars of them (I only add some own opinion! )

1-the 1th operation to be paid, which claimed to be Miguel's, in fact, this is just ' ' iron forehead ' ', such an operation is from Chinese, that is all that is cause for a lot of pressure Pro - Speed of general payments...

2-the system is worldwide and needs to be aligned in all countries. There is a " blocking for example, in Japan, everything is directed to Japan to resolve this issue! And so is happening in other countries. 109 nations, can you understand the complexity?

3-on the 50 dates of 2017: the government did everything to get all the values (now that is no more, zero risk). The Bacen gave the order and marked the dates, the banks were informed and the managers to such dates... after a few days there was some government / Bacen maneuver: missing document such, guy has not made proof of life, such manager needs to regulate A pending in a certain organ... the people will be despaired! They invented to arrest some managers (without any proof) and so the government gained more time... until there was external interference: Chinese helders, un, IMF, Interpol, among so many other international bodies and ' ' ended the binge ' ' Brazilian scum!

4-operations are managed by gcr (although certain circumstances appear to contradict). But the brazilians are load (National Treasury letters) and canvas, mostly.

5-these operations are great tests for everyone, many have been called (about 150 thousand people from Brazil) but most only talk about money, dates... have no patience, do not study anything, just complain and stay Patients because of this lack of structure... every delay in receiving more ' ' Rich of wisdom ' ' we stay, more deserving of greater blessings... but the ' ' weak who accept any audios ' ' of declared enemies and anonymous ditto You'll be on the way... you can get millions and lose everything in a few months...

6-International Operations are going ' ' of wind in pulp ' ', gradually, the paymasters are being called, there are the famous negotiating tables happening (many have already received their values, have the codes for release) but lack the general order For liquidity...

7-there are two types of ballots: Sovereign (with certain values for social works, Humanitarian Aid, stricter obligations); and private (where there is no such obligation for social causes, only by the consciousness of each, after the procedure Receipts).

8-when, after all, will there be our payments? - answer: when everything is aligned, when there are no more powerful negative forces disturbing (Kabbalah / Illuminnati, so many names...), when all agreements are fulfilled... can happen at any time or in weeks, depends on the unforeseen, circumstances External orders... Last-MINUTE DEALS!

10-we just have to thank you, we don't invest anything... it's donation, gift, blessing of God... 100,00 to receive 200 million and you find yourself in the right to demand haste Agility? We have been handpicked and we are being trained to be better people, to save the world from misery, oppression, hunger (being instruments of God, of course! ).

11-largest financial operation (income distribution) of all time, gigantic procedures... we can even imagine that in 1000 years there will be something similar... without exaggeration!

12-the managers have never deceived us, never lied (unless higher orders have required such conduct); they were and are only ' ' members of the film, the supporting ' '.... the main and powerful actors are from Other countries, organs organs! We are too small to understand the degree of complexity (imagine those who even read a blade of the gcr or listen to the 'sensible leaders' we have)!

13-we have enough information to prove the veracity of the operations, we are sure of the receipts, we know that everything is close... but there are a thousand sigils, a thousand orders to be given... thousands of virtual bandits are lurking; It's all private with all possible security and impossible!

14-we have no right to call anyone a liar, Pirate Parrot (except those who are paid for such lies, the enemies of operations, we can quote about 5 names, everyone knows...) but we have to separate The wheat chaff. Who should we hear? R-Josias Marques, josino Rodrigo. Osmar and PR. Jorge, Paco Ferreira (15 years in operations and the most tranquil srsrsr), PR. Carlos, Claudia Arruda. Nicelma, among others.

15-in 2016 , there have been maneuvers from political chiefs to the authorities of the bank of Brazil and the federal economic box, until ' ' big fish ' ' of the bacen and ministry of the farm... but the law of God is that has power and this rabble will not be Our victory. That same year, great lawyers were hired by some managers, such lawyers saved operations, were practically lost (the Brazilian).

16-we believe that everyone has been receiving for several days, gradually, according to the information that comes to us... but it is all done with great secrecy, no one can say almost anything, there are contracts that prevent revelation from the terms After everyone has the values in their numbers (Case of Brazil) and confirmation of all data in the spreadsheets... then everyone will have the release of their values.

Note: these are data from researchers and influential leaders in many operations, nothing official! We cannot quote dates, because we do not have them and silence is total... of course there is much more information received by select leaders, we will wait them.

Hugs and success to all! 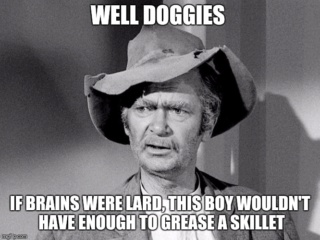