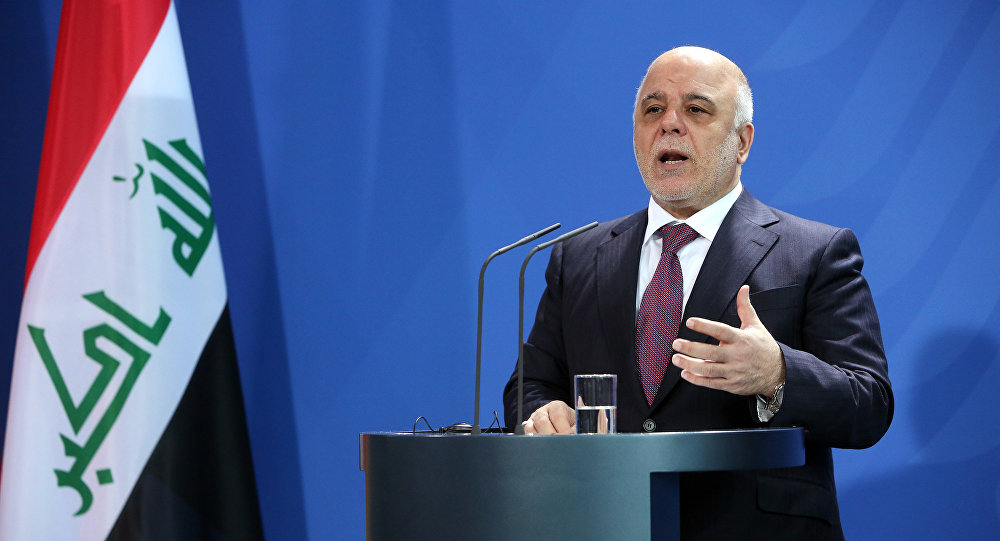 He flew to the US capital Sunday afternoon, Prime Minister Haider al-Abadi on the head of a high-level delegation to visit the United States at the invitation of US President Donald Trump.

Baghdad-sputnik.
The statement said the prime minister said the visit aimed at "enhancing cooperation between the two countries in security, military, economic and other spheres."

The statement added that "Abadi will meet in addition to the US president a group of senior officials in the US administration as well as meetings with members of Congress and the Senate, along with a number of international institutions and organizations."

The statement noted that al-Abadi "will also attend the international coalition foreign ministers' meeting to eliminate Daesh", a meeting scheduled to be held on Wednesday.

Similar topics
» Iraqi prime minister to visit Washington March 19 and meet with Trump
» Trump visits U.S. troops in Iraq for first trip to a conflict zone
» Parliament Speaker heads to Washington on an official visit
» The Minister of Finance assured the Jordanian Deputy Prime Minister of the importance of investment and joint cooperation
» Minister of Planning heads to New York for official visit