MSBSD from WSOMN loses phone service because of the amount of time they have spent on "free" conference calls.

Although I think they did her a favor, as it doesn't sound like she has the extra money to spend on a pre-paid phone card to listen to the lies.

MSBSD wrote
27s ago
I am furious because I do not have the money to go and setup with another carrier. I feel this is outrageous and it is being done because my acct is a prepaid acct.
*****************
>>>TNTBS's YouTube Channel<<<

Bodi has the solution and I agree!  Go tell your local news station that you need to be able to get on these conference calls to hear the latest info on the dinar RV.  Maybe they'll do some digging into this and help you out.


MSBSD wrote
4m ago
the small town I am in does not have investigative reporters here like they do in Houston. I will not let them get away with this because that was my only means of communication outside of the Internet. I live alone and what if I need emergency service or anything

Yes...BODI has a great idea. Go to your local news station and report on this injustice!

What AT&T is doing is a crime and they should be punished!!!

Here is a reporter that already knows what Dinarians are going through.

I'll bet she can help. Her name is Andrea Day. 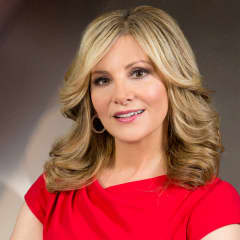 @Ssmith wrote:BODI wrote
5m ago
BUT I AM TELLING AN INVESTIGATIVE REPORTER WILL HAVE A FIELD DAY


MSBSD wrote
4m ago
the small town I am in does not have investigative reporters here like they do in Houston. I will not let them get away with this because that was my only means of communication outside of the Internet. I live alone and what if I need emergency service or anything

Andrea's record as a versatile reporter has won her a string of coveted assignments, including live coverage of "The Kennedy Crash" from Hyannisport and the exclusive "Baby Sale" case. Andrea was honored with three Emmy Awards for her investigative reports and has received nine Emmy Award nominations. She has also received numerous FOLIO awards for her news coverage and investigative journalism. In her free time, she works with the March of Dimes, helping families with premature babies. She has won numerous EFFIE awards for her distinctive advertising for brands, including Clairol and Kodak. She has also appeared in several television commercials.
*****************

I just saw this at WSOMN.  This person isn't worried about hiding their money....they just want to be able to spend it.  Quickly!


5M wrote
16s ago
has anyone heard that if you spend your money frivolously they can take the money away from you? I'm not talking doing illegal things but just like spending frivolous can they really take it
*****************
>>>TNTBS's YouTube Channel<<<