I can neither be negative or positive regarding vic1's latest post. I can't make heads nor tails out of it! Can anyone who speaks GURU please supply a translation for me? Thanks
*****************
SENATOR DOODOO
Support Term Limits for US Congress

I am pretty sure he is saying he went to the drag races with some fat lady and he was getting high on hashish while somebody was held up in the Erbil while escaping with his fat lady.

Thats ok as long as she is singing

@Flinstone wrote:I am pretty sure he is saying he went to the drag races with some fat lady and he was getting high on hashish while somebody was held up in the Erbil while escaping with his fat lady.

I just hope she didn't spend the money!!

You know, the money her mother gave her for singing lessons!!

Flintstone- I think you missed what i was trying to say-

You know, the money her mother gave her for singing lessons!!

Want to know Jesus? call him!

Want to meet him? Text & Drive

His posts never make any sense.

It's so aggravating when you can't understand what he's trying to tell you.

First time I've ever seen Charlie the Tuna and Jesus mentioned in the same thought. LOL

Is Vic trying to say that Maliki will be replaced and tried for treason, after the Arab Summit?

Is he on something? :shock: 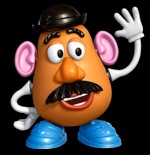 @Potato Head wrote:Is he on something? :shock:

Terbo56, just got back in and saw you comment I understood exactly what you meant. I was just joking. It was supposed to be sarcastism like when we see posts that say, "It's a 3 day weekend, itmust mean an RV" or "Shabbibi is on the toilet, this has to be the RV"

From reading the posts, I figured you of all people would have known this was a joke. You seem very intelligent I and I enjoy your responses. Maybe I need to learn how to add those stupid little yellow happy balls or figure out what LOL stands for.

Just reread my post and I cannot believe how many mistakes I made in my typing. I think I will stickt pencil and paper. At least then I can erase my errors and draw the little yellow fellows. LOL

At least we can understand you!

@Potato Head wrote:Is he on something? :shock:

And can we get some?

Yes. Please share. I think I'll have to wait for my 8 yr old daughter to get home to translate this for me.

Yep!!... he has the unicorn ponee dust for sure,wonder where he got it,so rare nowadays

MAYBE WE SHOULD ALL GET A DRUG TEST OR SOMETHING!!!!!:bball:

@Catherine wrote:Where is his post everyone is talking about?

Catherine: I saw it in Dinar Recaps this afternoon:

vic1 to madge: HIS POWER HAS BEEN TAKEN FROM HIM....THAT IS THE POINT ABOUT THE RATS....HE MIGHT BE GONE AFTER ARAB SUMMIT....LIKE IRAN FROM OPEC!!!

rosie to vic1: Mr. Vic 1 - what does the fat lady singing to the authorities have to do ith our RV?

vic1 to rosie: YOU WILL SEE IN THE PAPERS...THAT IS CALLED TREASON....

LaGal to vic1: Who is Hashemmi? Sorry if it is a stupid question

vic1 to LaGal: HE IS A DEPUTY PRIME MINISTER....HE WAS WHO WAS TRYING TO BE ARRESTED AND MALIKI SAID HE WAS DOING TERRORISM....HE WAS HELD UP IN ARBIL TILL HE WENT TO TRIAL! SO, HE IS INNOCENT....REMEMBER MALIKI WAS ON TV SAYING HE KNEW ABOUT THIS FOR 3YEARS....THAT MADE MALIKI AN ACCESSORY TO M.U.R.D.E.R.!

vic1 to BIGTENT: OOM FAMILY....HANG TIGHT AND REMEMBER...GOD IS GREAT, NEVER LATE AND ALWAYS RIGHT ON TIME! I NEED TO GET OFF CUZ GOT TO GET READY FOR MY CALL LATER... ALL IS LINING UP FOR US.....JUST LIKE THE PLANETS... REMEMBER THE CRESENT MOON AND VENUS....NEW MONTH AND YES NEW BEGINNINGS....THANK YOU....JESUS!

vic1 to BIGTENT: OOM FAMILY....THANK YOU ALL! BE READY ....LIKE FREDDY TO GET ON THE BUS....LIKE GUS! AND SET YOURSELVES FREE! NO FUSS!

I've been quiet on the subject because Vic is a VIP on chat, and a good friend of Okie's. I have respect for Vic, as I have heard him many times on conference calls with Joey. I don't think English was his first language, and he spent the first several years of his life in the ME ... in Iran, I think. I'm not comfortable poking fun at him. JMO. :shock:
*****************

Sounds like rap, but it quickly turned to crap- I caught part of it, but,I think he sounded strung out, if you ask me-:shock:

I hope you're right, dinarstar. I didn't mean to sound "holier than thou".