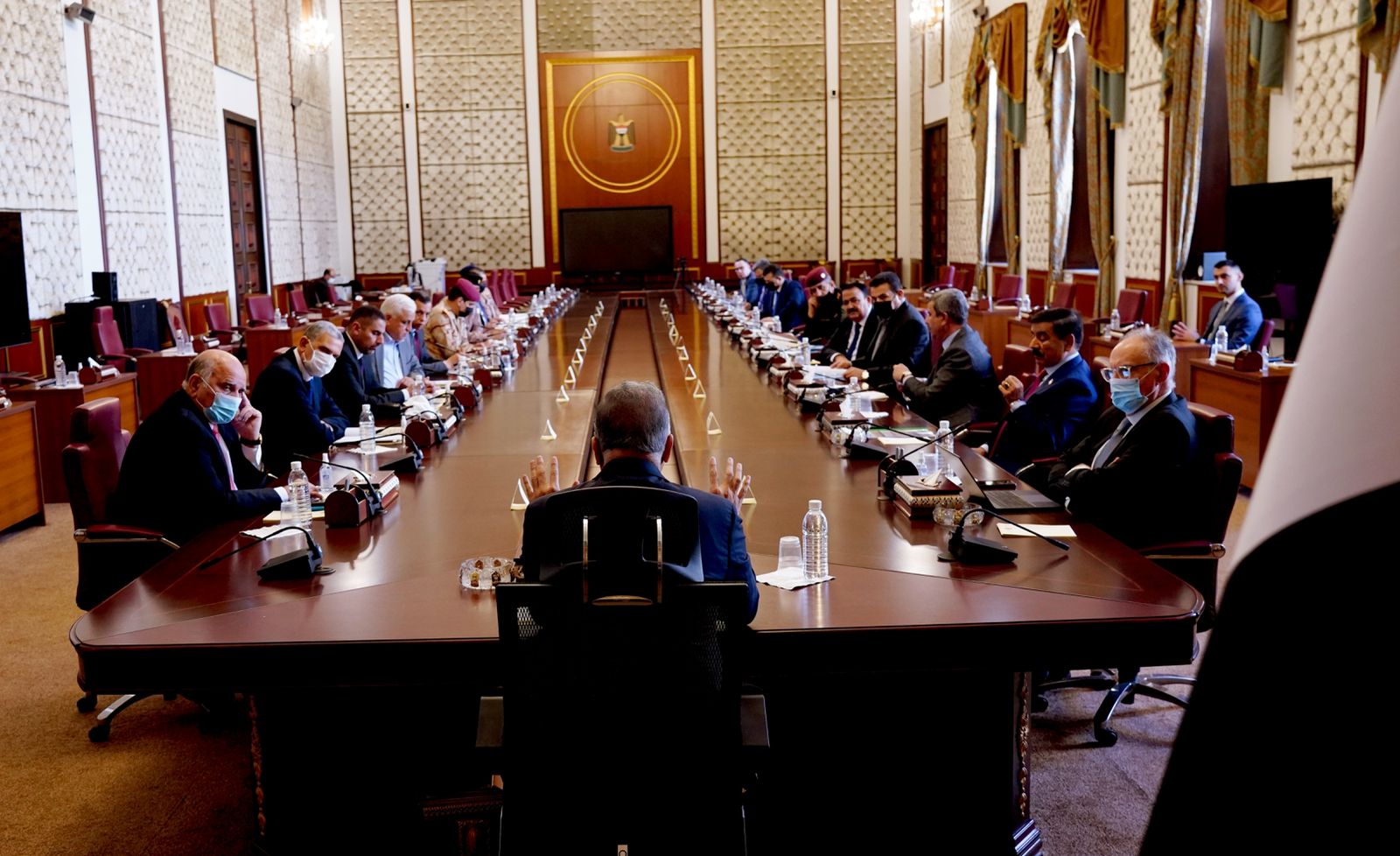 The Iraqi caretaker Prime Minister, Mustafa al-Kadhimi, headed a meeting of the council during which the latest updates on the local and regional situation were discussed.

The council, according to a readout issued by Al-Kadhimi's bureau, hosted the Iraqi Minister of Oil, Ihsan Abdul-Jabbar Ismail, to ponder the reverberations of the Federal Court's ruling.

The council gave the Ministry the terms of references to coordinate with the Kurdistan Regional Government (KRG), as well as the relevant firms and states, the necessary arrangements for the implementation of the Court's ruling.

The council also delegated the ministry the authority to seek expertise from inside and outside Iraq to lay down a roadmap and a timetable for implementation.

The landmark ruling states that the Kurdistan Regional Government has no legal right to manage the oil resources within the territory it administers.

According to a 15-page court document published by the oil ministry and dated Feb. 15, Iraq's highest court ruled that the KRG's oil and gas law was unconstitutional and should be annulled.

The law was passed in 2007 and gave the KRG's Ministry of Natural Resources full authority over the development of oil resources in the region.

The ruling also obliges Erbil "to hand over all the oil production from the oil fields in the Kurdistan region, and other regions which the KRG's Ministry of Natural Resources produces oil from, to the federal government."

The Supreme Court did not explicitly invalidate the production sharing contracts that the KRG has signed with IOCs, but it makes them vulnerable to legal action by the federal government in Baghdad.

Specifically, it allows the federal government "to seek to invalidate contracts between the regional government and other countries or companies for the exploration, production and sale of oil."

It remains to be seen how Baghdad might try to implement the court's ruling, which comes ten years after it first filed a case challenging the legality of the KRG's oil exports.

The court's decision could force a seismic shift in the balance of oil powers between the federal government and the semi-autonomous Kurdistan Regional Government, potentially upending a 450,000 barrel per day (bpd) market and altering the dynamics of a government-formation process that has seen multiple blocs court Kurdish MPs.

Similar topics
» Federal Supreme announces the completion of 147 constitutional proceedings during the current year
» The International Alliance declares its support for Iraq
» Nechirvan Barzani calls for an UN urging the Iraqi government to implement the constitution and Article 140 in particular
»  Ministry of Oil: Any measure to increase oil production will not be monolithic
» The Syrian government is willing to negotiate with the Kurds and grant them autonomy