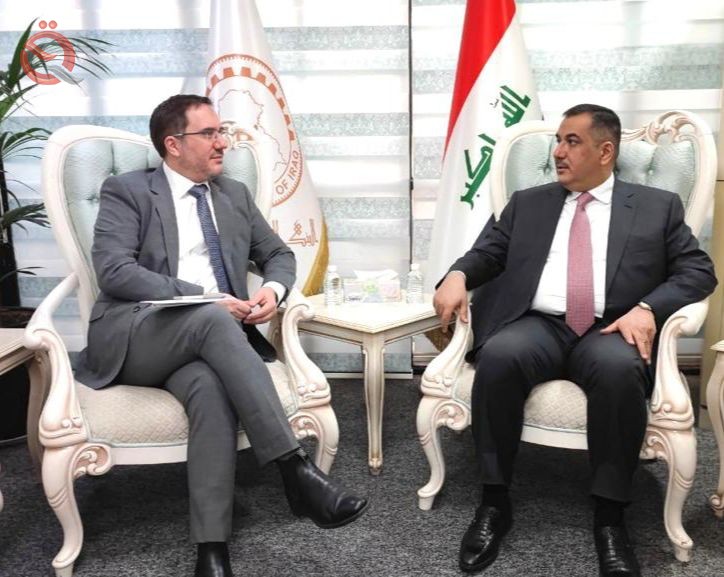 The Governor of the Central Bank of Iraq, Mustafa Ghaleb Mukhif, welcomed the opening of branches of British banks in Iraq.

A statement issued by the Central Bank, received by Al-Iqtisad News, said, "The Governor of the Central Bank of Iraq, Mustafa Ghaleb Mukhif, met the British Ambassador in Baghdad and discussed banking relations and ways to develop them. The Governor welcomed the opening of branches of British banks in Iraq and the opening of opposite accounts to facilitate trade exchange between the two countries. " .

For his part, the ambassador stressed the necessity of banking cooperation and providing technical assistance to the Central Bank of Iraq, especially in the field of financial digitization. The Ambassador also touched on the white paper document, economic reform and the priorities for implementing this plan, where His Excellency the Governor emphasized the implementation of reforms regarding the automation of border crossings, customs and taxes .

The ambassador praised the new building of the Central Bank, as the governor invited him to attend the opening ceremony of the building upon its completion.