Planning: the unemployment rate in Iraq is 13.8%

Planning: the unemployment rate in Iraq is 13.8% 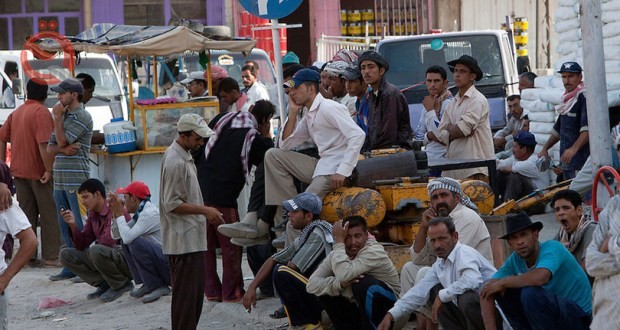 The Ministry of Planning announced, on Thursday, that it will conduct a new survey of unemployment in Iraq, while it indicated that the latest statistics indicate that the unemployment rate is 13.8%.

Ministry spokesman Abdul-Zahra Al-Hindawi said in a press interview, "It is hoped that a new survey of unemployment in Iraq will be conducted during the coming period," noting that "the ministry is still dependent on previous indicators in Iraq, which indicate the unemployment rate is 13.8%."

He stressed that "the relationship between unemployment and poverty is limited only with regard to income in one way or another, as the unemployed will have difficulty obtaining money in the face of life."