Iraq is looking for investment opportunities and boosting trade with America


[rtl]The Iraqi Trade Bank participates in a meeting hosted by the American Chamber of Commerce to discuss ways to enhance cooperation and discuss investment opportunities in Iraq[/rtl]
[rtl]Baghdad, December 24, 2018: In a move that will enhance the Bank's role in serving the interests of the Republic of Iraq and improving the economic situation in the country, the Iraqi Trade Bank recently participated in the meeting hosted by the American Chamber of Commerce at the Babylon Hotel in Baghdad, Infrastructure across all government and private sectors.[/rtl]
[rtl]The meeting was attended by Mr. Faisal Al-Hims, President of the Iraqi Trade Bank, US Ambassador to the Republic of Iraq, Douglas Seelman, and a group of American companies with a group of Iraqi and international businessmen. The meeting tackled a number of pressing economic issues, and included several direct solutions that contribute to the preparation of the Iraqi market, By accelerating the production and provision of new high quality services to the inside of Iraq.[/rtl]
[rtl]Mr. Faisal Al-Hims, President of the Iraqi Trade Bank, delivered a speech in which he emphasized the important role played by the Iraqi Bank for Trade during these economic conferences and how the services and achievements provided by the bank in addition to the international awards received by the Bank recently contributed to raising the standard of transparency in performance and quality in services. Attract more investments and secure networking with global financial and banking institutions and institutions.[/rtl]
[rtl]"The Iraqi Trade Bank has succeeded in facilitating communication between Iraqi government and private entities and linking them with international commercial and banking institutions around the world, and provided the guarantees and financing needs of these institutions to create more investments inside Iraq. In addition to providing international funding for the development of infrastructure and commercial and industrial sector in Iraq through agreements and partnerships signed by the bank in recent years.[/rtl]
[rtl]For his part, the US Ambassador stressed in his speech the importance of the current opportunities for business in the country and the crucial role it plays in improving Iraq's economy and creating new investment opportunities. He stressed that the presence of more than fifty American companies and 100 business delegations who met with Iraqi businessmen and institutions Both private and public, contributed to creating an atmosphere full of real enthusiasm for investment in business opportunities in Iraq. He also explained the important role played by the Iraqi Bank for Trade in serving the interests of the country through the import and export operations and enter partnerships aimed at improving the economic reality in Iraq.[/rtl]
[rtl]The meeting witnessed the presence of representatives and directors from American companies working in all sectors of trade and industry. The two-day conference concluded with a series of economic recommendations and discussions during which the delegates reviewed the strong relationship between the Republic of Iraq and the United States of America. They discussed the prospects of supporting and developing various sectors of business, expanding cooperation and signing partnerships in the economic fields, which will accelerate the pace of economic and commercial growth. By raising the level of trade exchange between the two countries.[/rtl]
[rtl]-is over-[/rtl]
[rtl]=68.ARAOhg-mJddXlzNajBirdj1pyA4ktuotOMeV5spsbk45OuOnJYNd1mSdEdDeDwsfwDgLIWhkTYcM9oDEdVhW4uGLW1oFF4aQii3YlUkHzUiBQrWkSGBMpsgHHjJzpiHJLO_jIvAr91NUkwcGkdSRKkboDj_o8AA4oTABFCqILtMqNAPwfEUXecF4nG8X3EnbJQZ99EDqc1EzELw8ynJsVg8fO9hrEDiKDZZy91bS_U5raitZqTA7SPvGuhQe-_2xwqmTM9ySwEgKygvDQCXS5CpmzvBJzGJjkykOZNr09wdD332WqTqM23AmDYcmoEh0V1fbmRl1JETl6j0WMFAEpXNtlh_n-3HQUdyalqYR7cWpkuephQCE-uelk2T8PjAyApjQPDWkZbmv2_hh3moBJJhWvhZwZASKBCbZPeNuNSHx9mJIhCsmnssmavTE5cl8QL9-gwQkzIkW4l1Gh-uVyXxRgQ&__tn__=%2ANK-R]#Bank__Araqi_For Trading[/rtl] 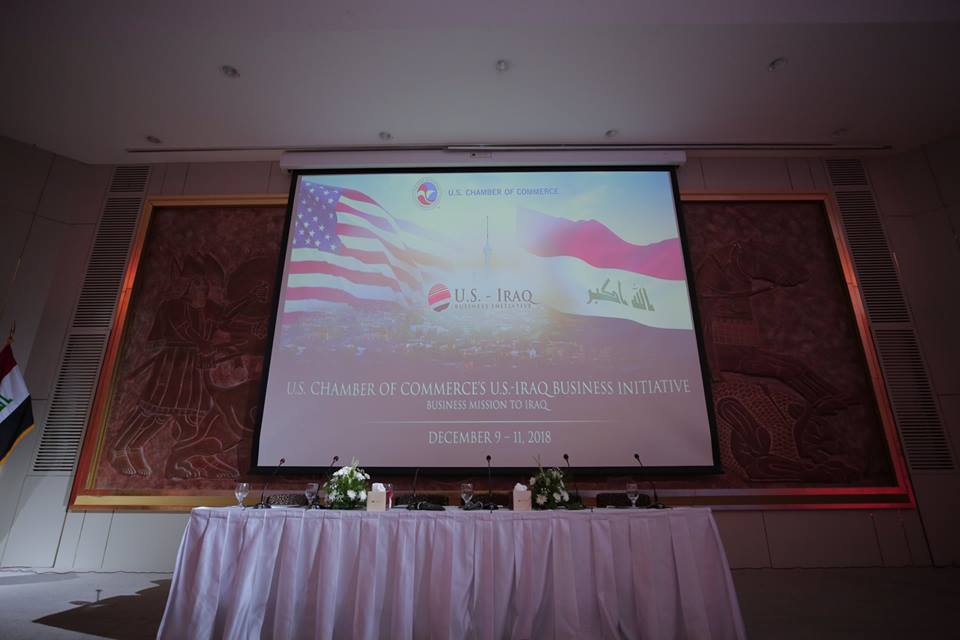 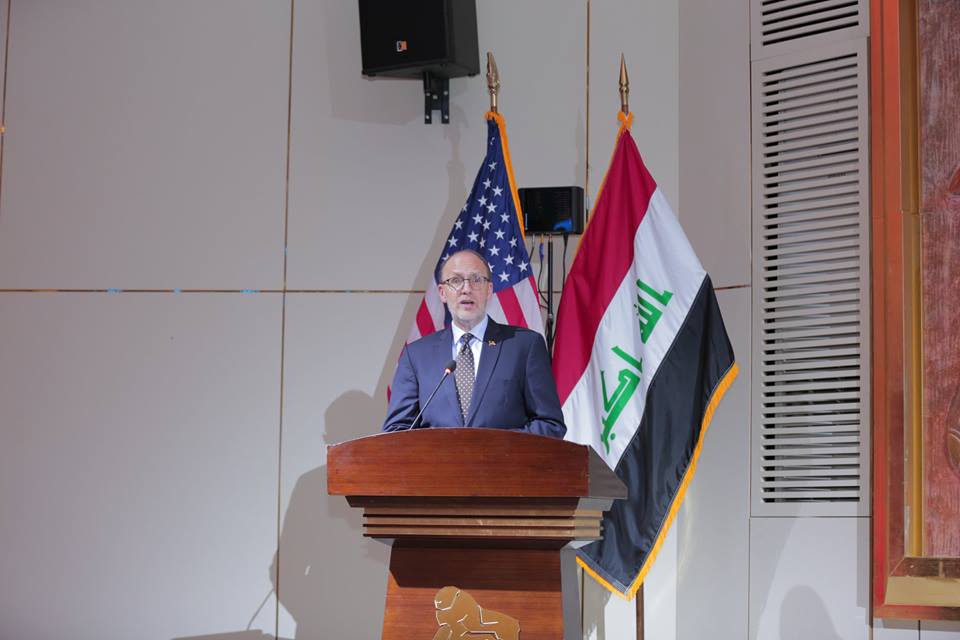 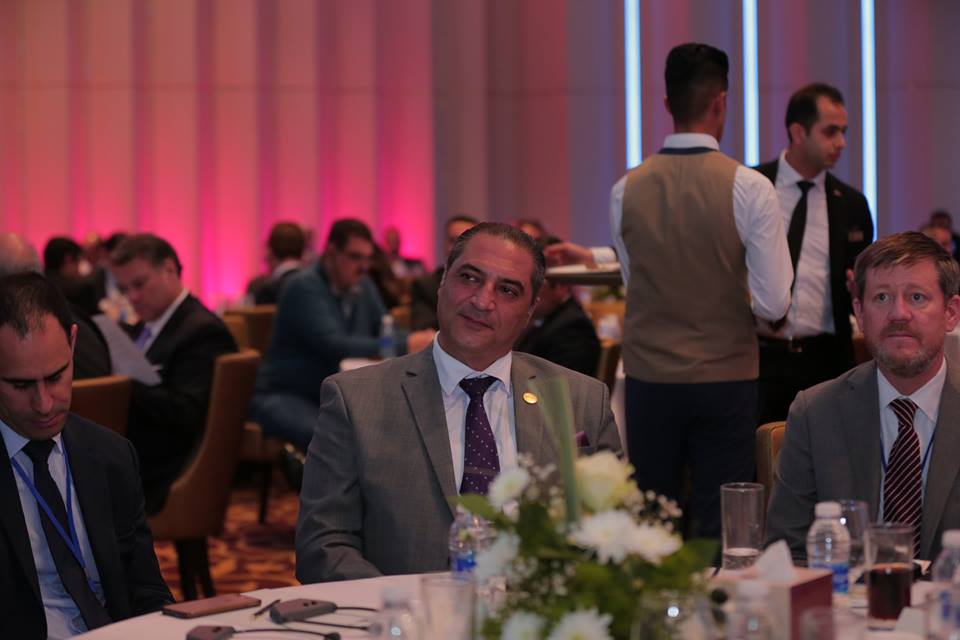 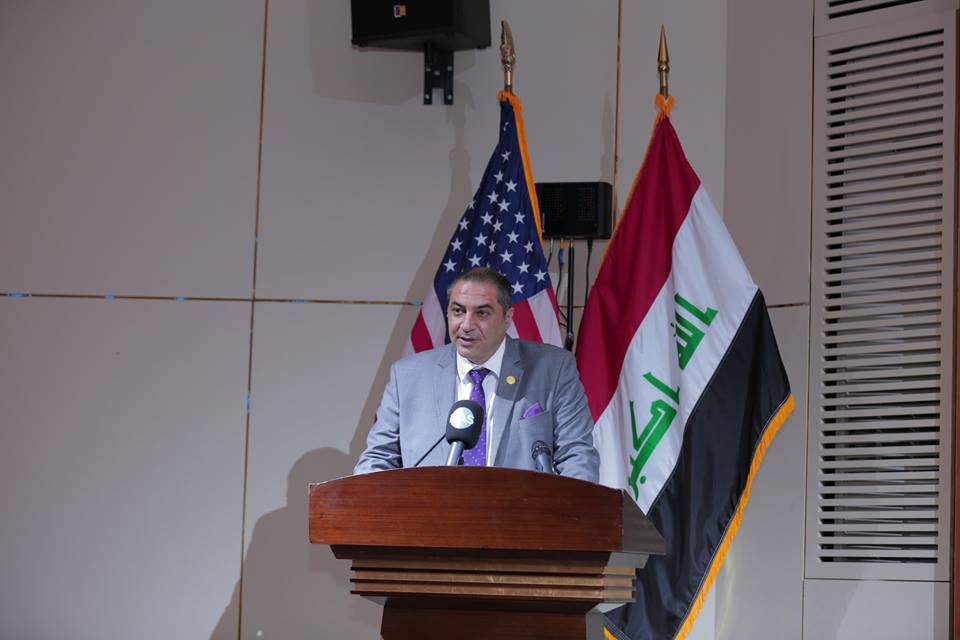 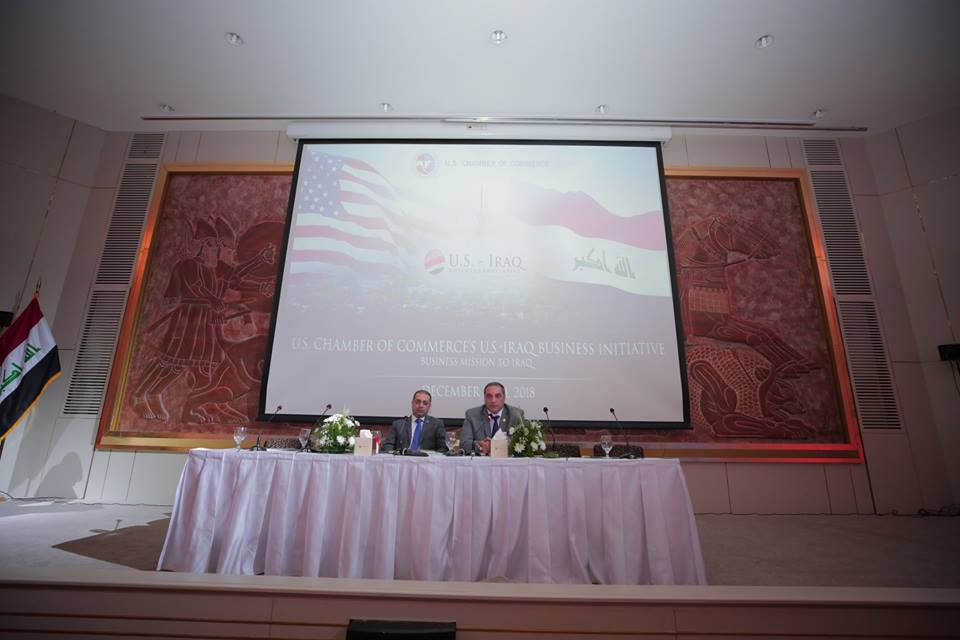 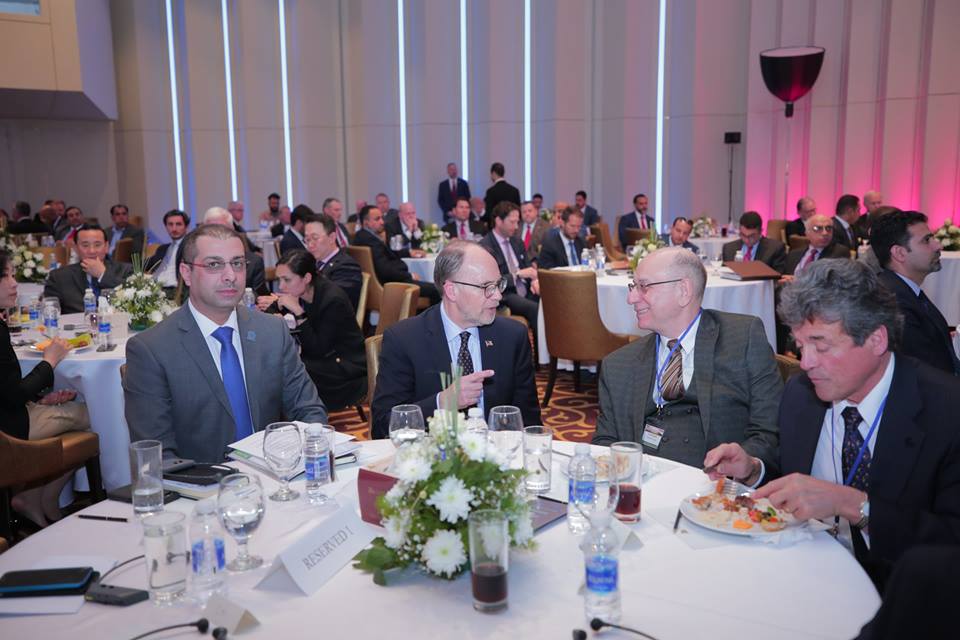 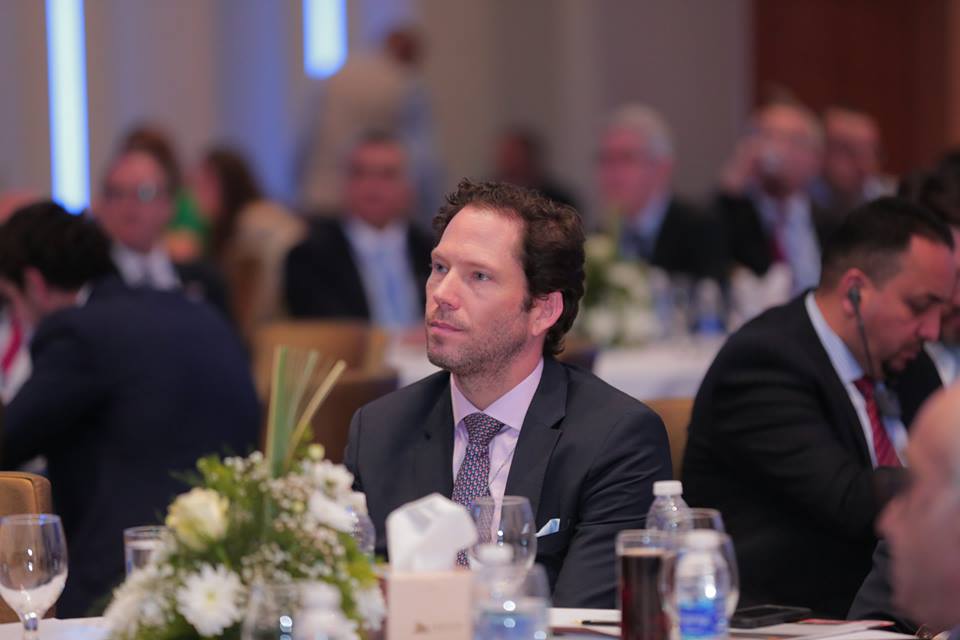 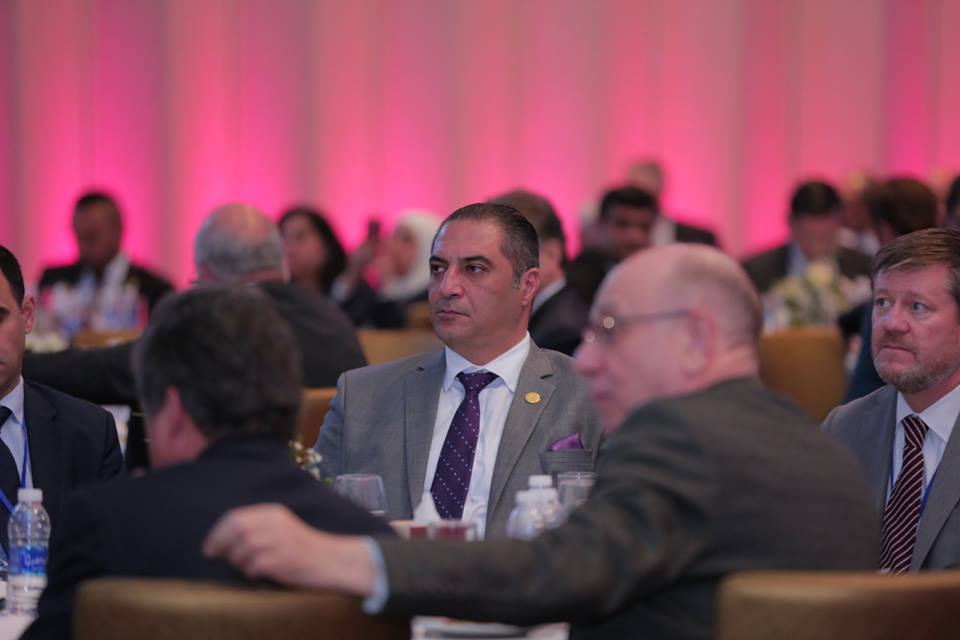 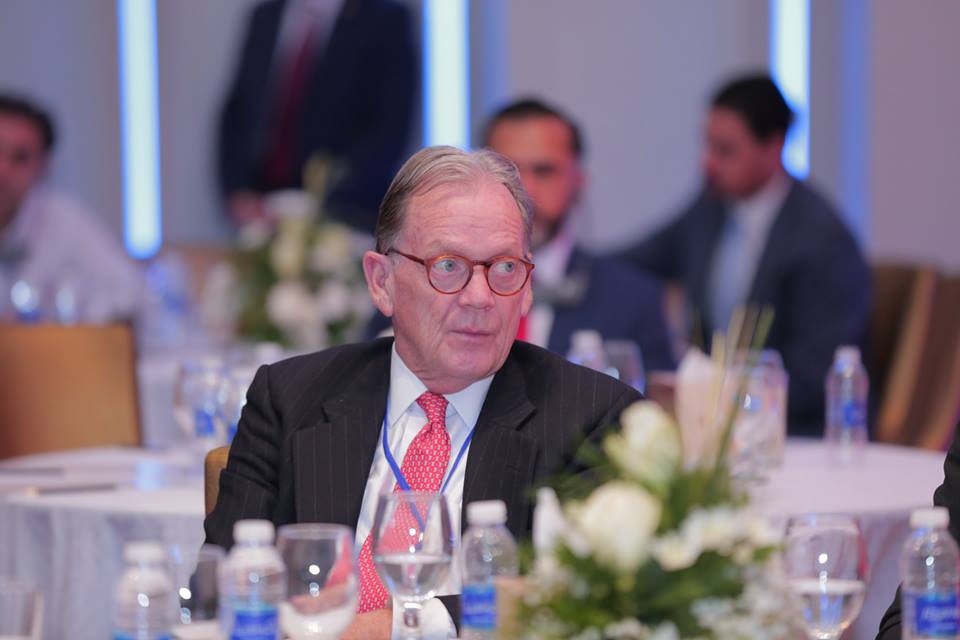 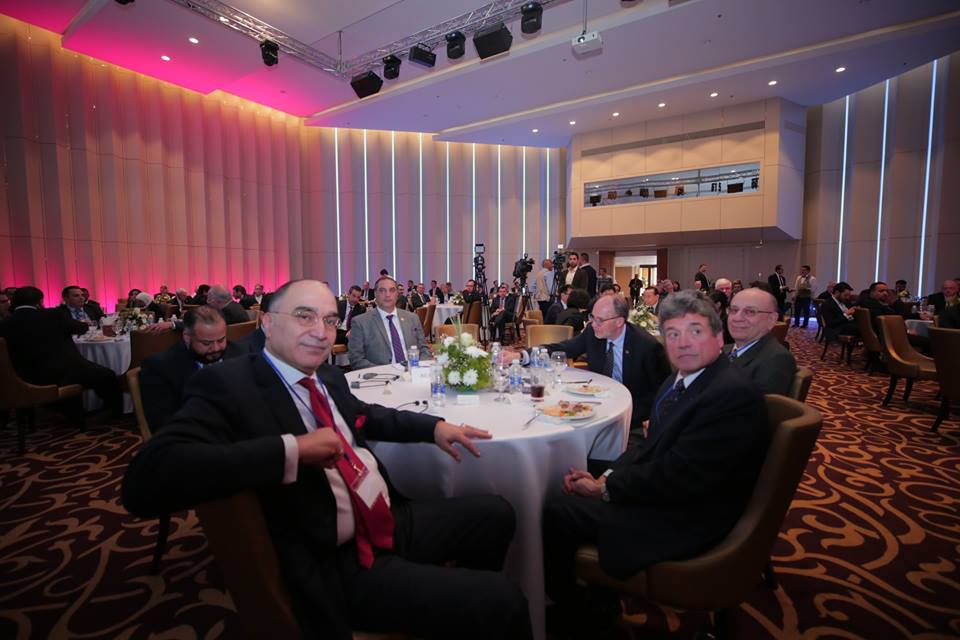 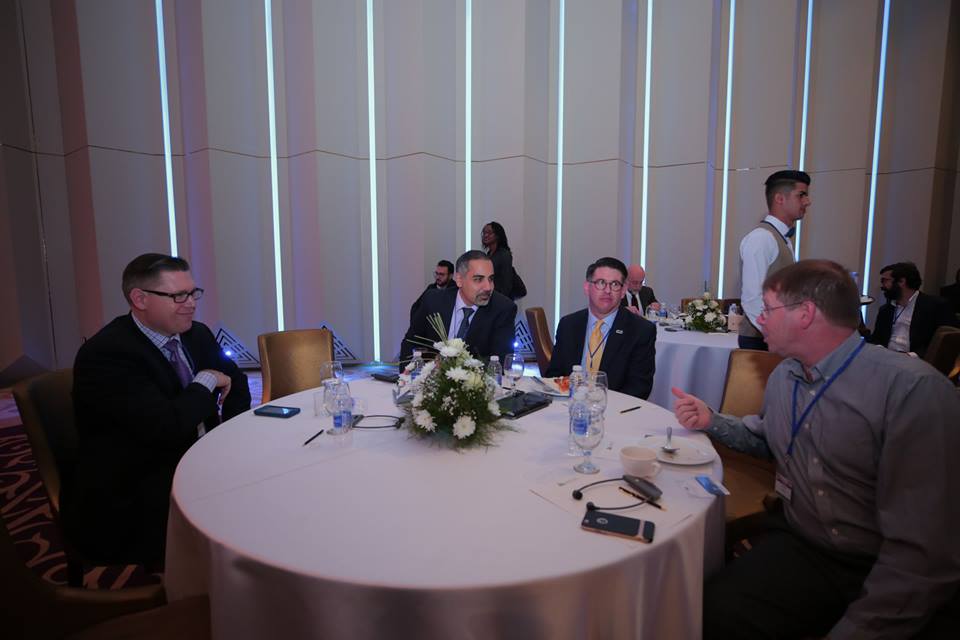 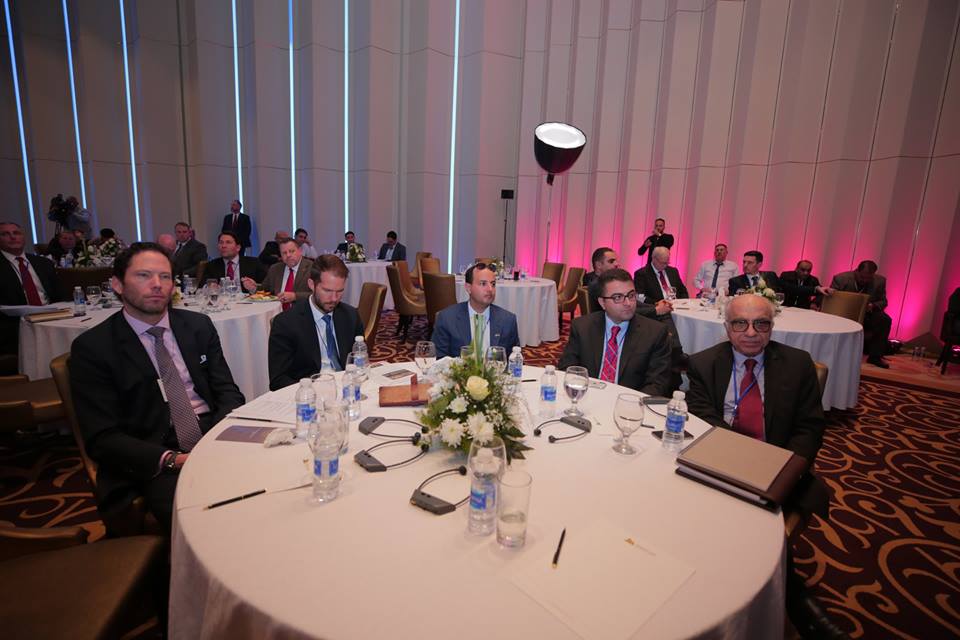 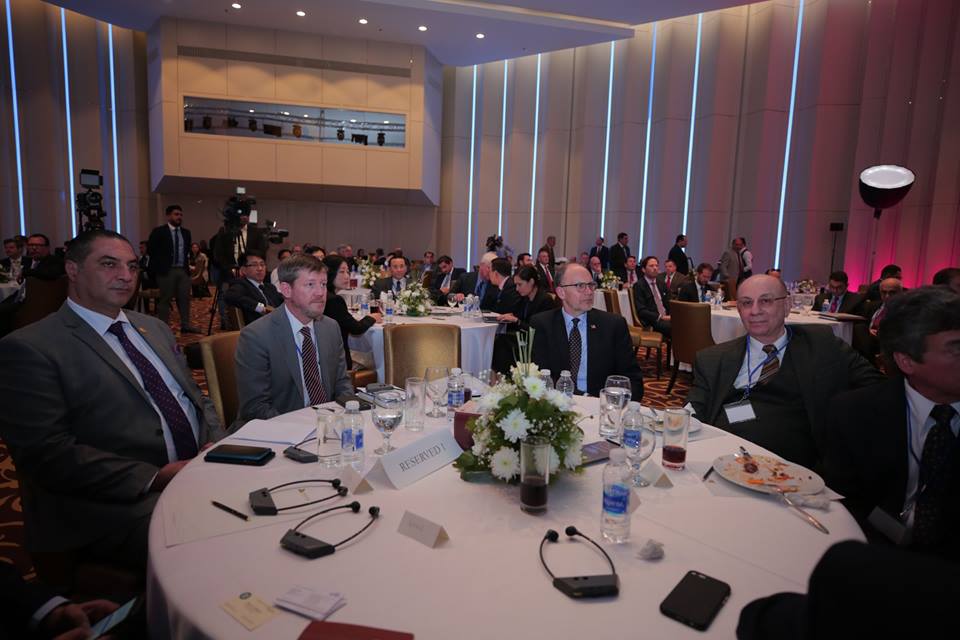 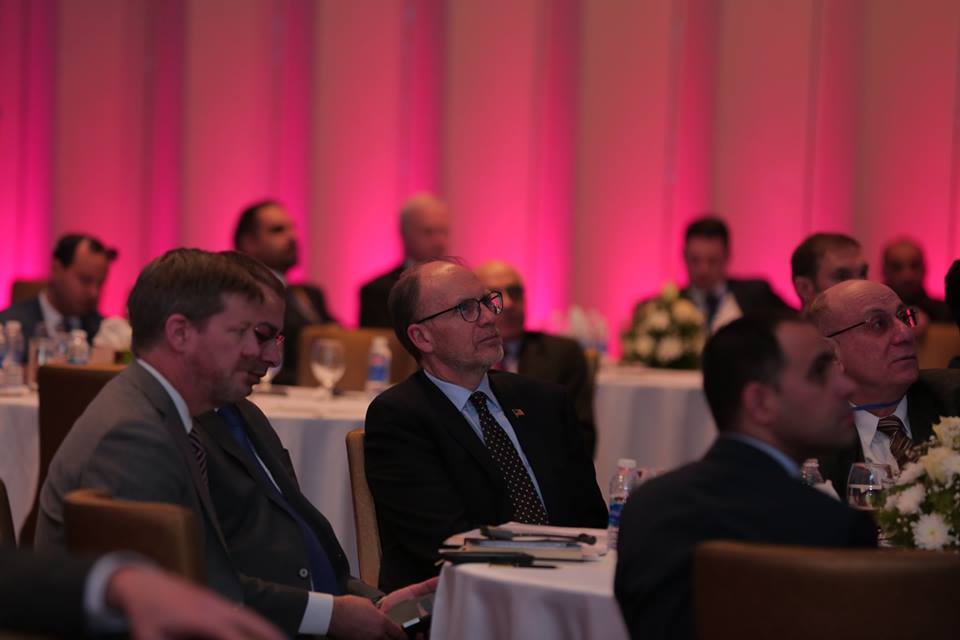 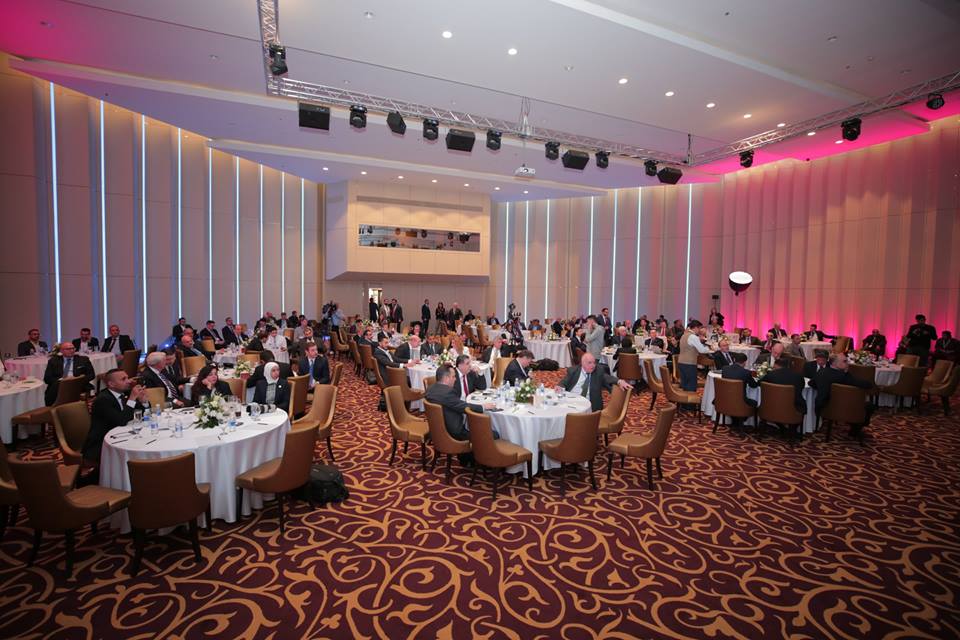 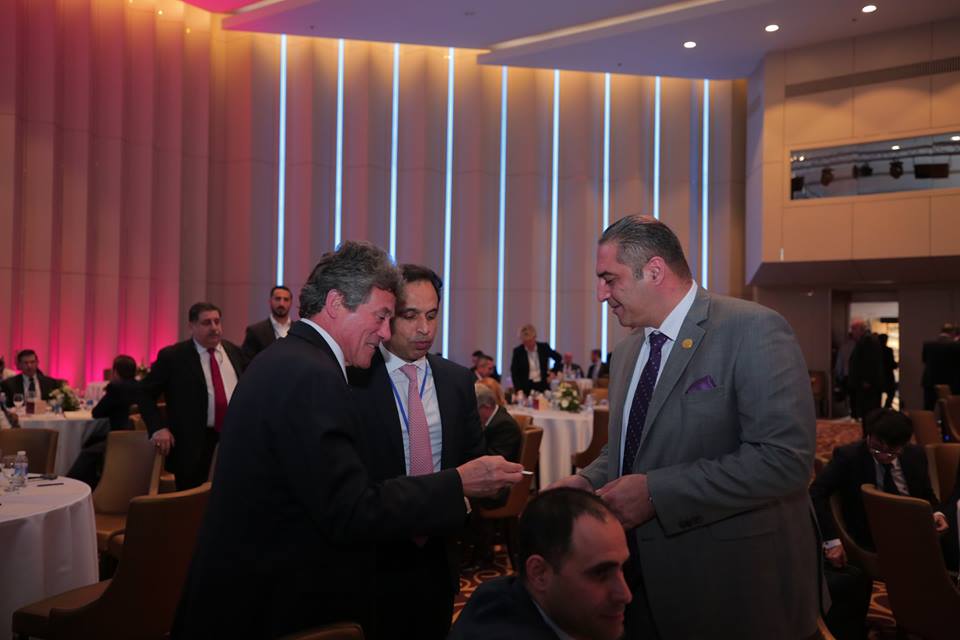 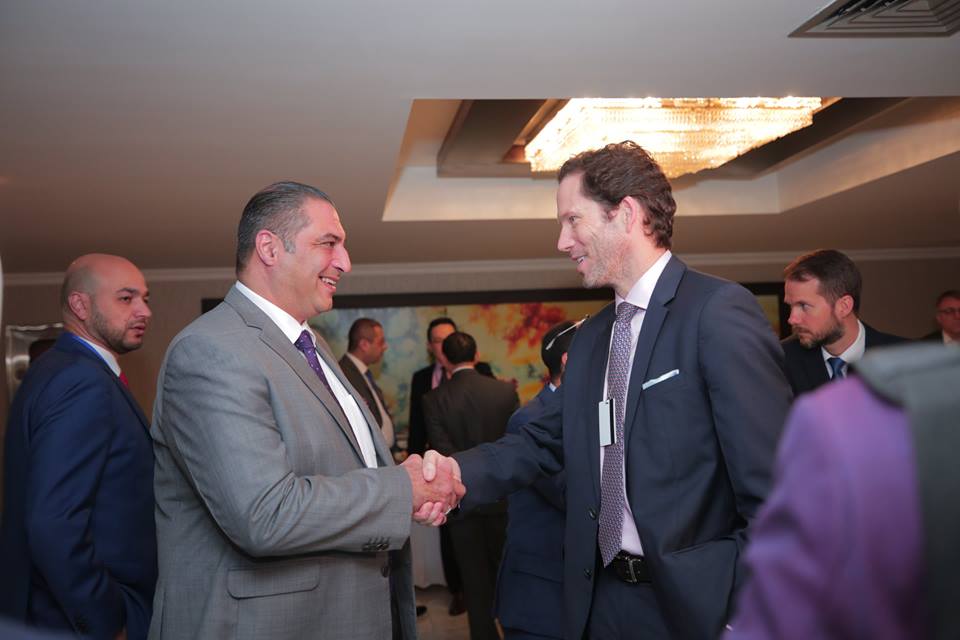 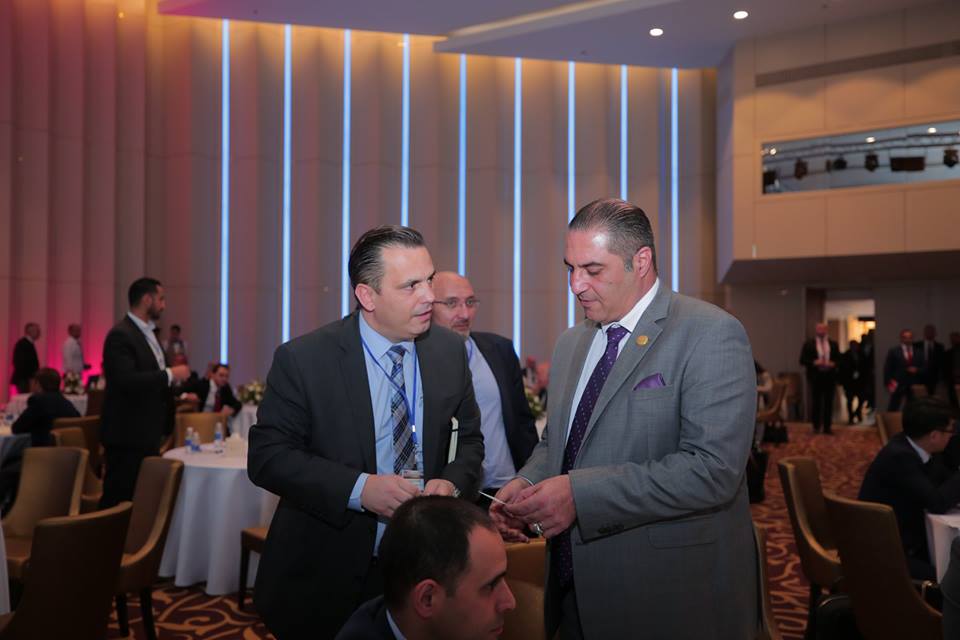 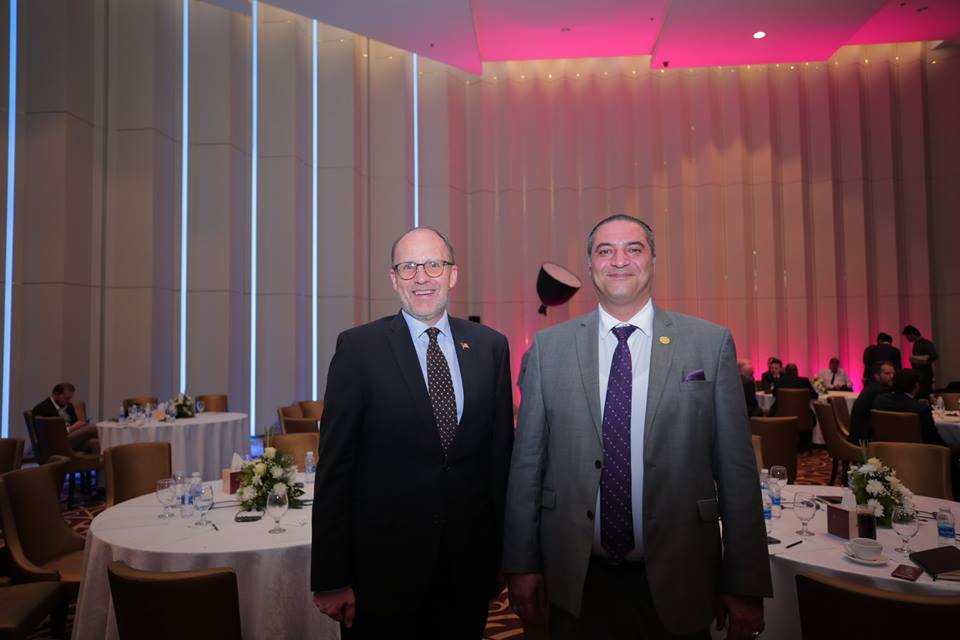 by claud39
on Mon Dec 24, 2018 5:01 pm
Search in: IRAQ and DINAR -- ARTICLE BASED INFORMATION and DISCUSSIONS
Topic: Iraq is looking for investment opportunities and boosting trade with America
Replies: 2
Views: 294

Central Bank: dependence on oil sign us in the problems (the new Arab)

The Central Bank warns of the repercussions of dependence on oil

He added that this heavy reliance on oil increases the risk ratios and increases the pressure on the central bank to cover the gap, noting that oil revenues fell about 70 per cent, while the government reduced about 20 per cent of its expenses, to compensate for this reduction.

He pointed out that these problems led to two options, either the sacrifice of the central bank part of its reserves of foreign exchange, while the second option to make changes in the exchange rate, a move that harm the citizens and increase the richness of the rich and the impoverishment of low-income, stressing that the relationship between the two policies Finance and cash are a real challenge for the central bank.

The bank maintains a high level of foreign reserves and continues its efforts to stabilize the local currency, control inflation and increase economic growth in the country.

I've been wating for this kind of article ever since the Oil prices started crashing out for no logical reason other than my dinar goggle opinion that I am about to give. Hahaha.

This is allll TRUMP. ART OF THE DEAL. The USA will choke off your profit Iraq and we will force you to RI. Because we thought you would give that lame and UNTRUE excuse as to why going international would be bad for the poor. Total CACA...

So WE the USA will lower oil prices with our oil dial (Franky } and make you see the only 2 ways out of this crissis is RI or dip into reserves. Which we all know is a MAJOR NO NO in the eyes of the IMF, WB, BIS & UST.

All imo and very great news.

A counterfeit currency was seized with 20,000 forged US dollars in Mosul

A spokesman for the Interior Ministry, Major General Saad Maan, said on Thursday that a counterfeit currency was seized in possession of 20 thousand US dollars fake in the city of Mosul.

Maan said in a statement received by "Al-Ghad Press" a copy of it, "the intelligence departments of organized crime in Nineveh and working within the Intelligence and Investigations Agency, the Ministry of the Interior arrested one of the accused who is trading and promoting the counterfeit currency of the $ 100."

He said that "his investigative papers were presented and the judge decided to arrest him in accordance with the provisions of Article 281". LINK

This conference reflects the renewed role of central banks in achieving monetary stability and contributing to the establishment of the fundamentals of economic growth and sustainable development.

The third session dealt with the "relationship between the monetary and financial policies" and the second session with "the role of the banking system in stimulating the private sector (international experiences)" while the third session was "the development dimension of monetary policy in Iraq."

In conclusion, the Iraqi Trade Bank was honored with a shield from the Central Bank of Iraq and ranked first in the settlement of salaries.

WOW!! Don!! THANK YOU!! Those banners on the sides of the rooms sure look INTERNATIONAL to me!!

DID you notice the word CONNECTION on one of the pictures?

They are screaming that they are INTERNATIONAL!! C'mon!! Just show us your new rate!!!

The 2018 Annual Conference of the Central Bank of Iraq .... The harvest of achievements and the start of the development process for the year 2019 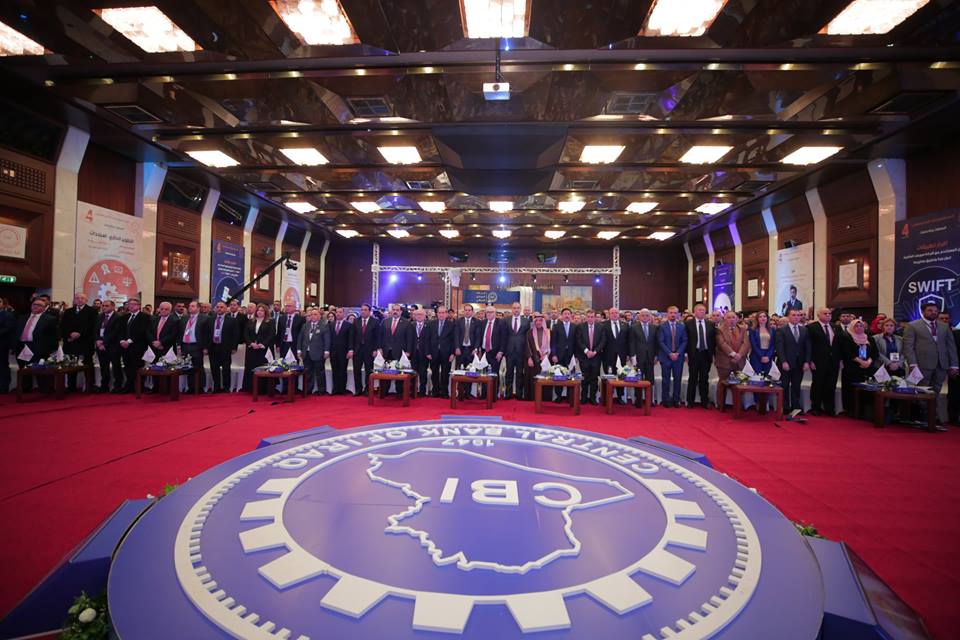 [rtl]The Iraqi Trade Bank attended the fourth annual conference of the Central Bank of Iraq (data and trends) in Baghdad on 10 December 2018[/rtl]
[rtl]This conference reflects the renewed role of central banks in achieving monetary stability and contributing to the establishment of the fundamentals of economic growth and sustainable development.[/rtl]
[rtl]The third session dealt with the "relationship between the monetary and financial policies" and the second session with "the role of the banking system in stimulating the private sector (international experiences)" while the third session was "the development dimension of monetary policy in Iraq."[/rtl]
[rtl]In conclusion, the Iraqi Trade Bank was honored with a shield from the Central Bank of Iraq and ranked first in the settlement of salaries.[/rtl]
[rtl]=68.ARBdx8WJrFxDdK8QAu2D7-wEhM49kniuAD6OOVjEvI_5v0JBtikpzsbCiGMg6eTUWxIV4ScfilFGaelZUr726fwzWqmu8MYbo-h606hi-_WGb2ftDzuPafYcFePNS0fdLtmz5u7MwcEcvluoM-QZwx7ud5lWKtzZehkkK_dz6uXugH46ng0JpeK-hBtKPpHz2hPXtQY4RulVI_Oz52H7hbW8O2t7uNWamDf0R8c2z-XBUmjGGdpZhzDDtiPkA4g8-DJeiJ6XRhvLzaPXyxm6HOHzgQxHaCilVoxImp66Mj4QksXLiYAaXGpr7oX5JYiNClCiuUKUFwBDYvQjlEy6aHNqr-6h8s0QvEnIeA_WnQ7rXXwpIfzB0MGeKbyLCAK5wUe0AW_f-8GR91rgUEXzAUbhHFF6TOy0hdo3bVtVZWio_y4R-LJIWvIsw2nuRDsEY5AuAP230GeqcTUCIG0MlSGBDA&__tn__=%2ANK-R]#Bank__Araqi_For Trading[/rtl] 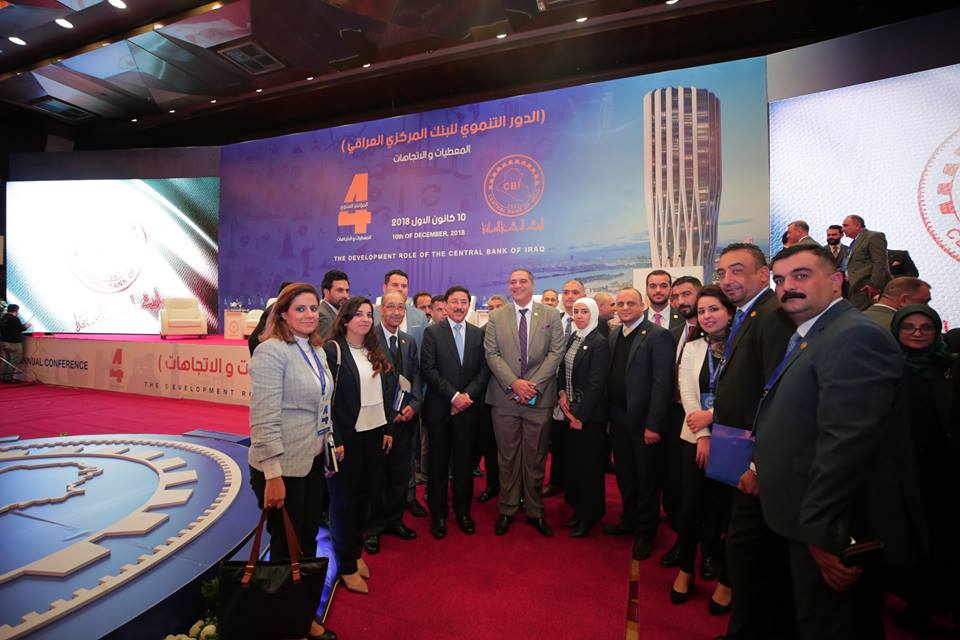 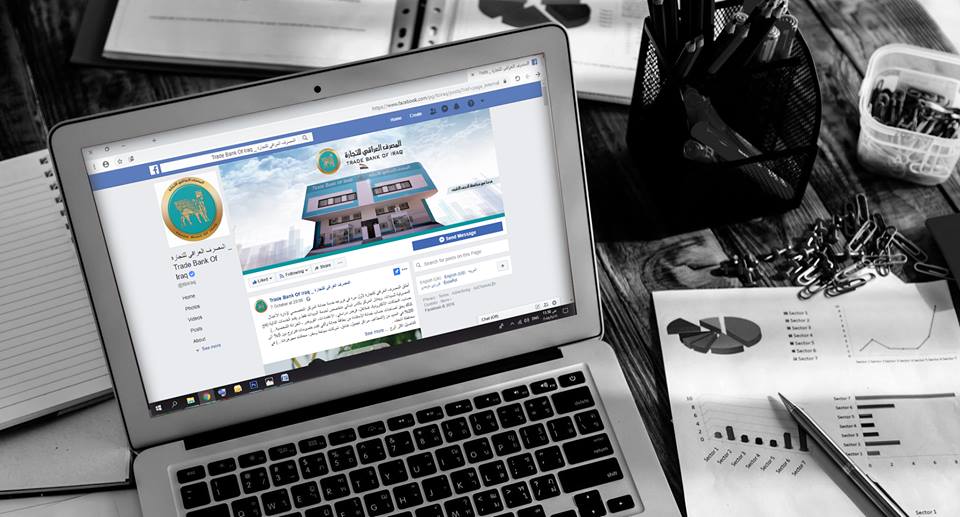 Dear Followers
We are happy to vote for the official Facebook page of the Iraqi Bank for Trade in the Public Sector Sector through the link below to receive the "Pioneers of Arab Social Communication" Award.
Government Sector Category: Government institutions or public sector employees who invest in social networks are honored to improve the level of services and achieve customer satisfaction.
Voting link: http : //asmisvote.dpc.org.ae/vote.aspx...
Bank page link: =68.ARB4K2toEjwohSvDt240_WqEX1lyt1YynXDma0ogLwhiRwGMpA9rX08ZJo0SqCoQtGFw4E-sIJkU2uyRaSyhZhO4YWya8lsNYxkIdlpyzCG39SefLjQcXiUummsFaIqpequFg-o5F6a-onIySpN5z0_Oo7pUZpII_YzCWNfUcRlDI35dwoSM-eVu6UYQMybDDIYas8Cr2GycfrAafEsIDlFuOY4&__tn__=-UK-R]https://www.facebook.com/tbiraq/
We always seek your satisfaction
=68.ARB4K2toEjwohSvDt240_WqEX1lyt1YynXDma0ogLwhiRwGMpA9rX08ZJo0SqCoQtGFw4E-sIJkU2uyRaSyhZhO4YWya8lsNYxkIdlpyzCG39SefLjQcXiUummsFaIqpequFg-o5F6a-onIySpN5z0_Oo7pUZpII_YzCWNfUcRlDI35dwoSM-eVu6UYQMybDDIYas8Cr2GycfrAafEsIDlFuOY4&__tn__=%2ANK-R]#Bank__Araqi_For Trading

by claud39
on Wed Nov 07, 2018 9:16 pm
Search in: IRAQ and DINAR -- ARTICLE BASED INFORMATION and DISCUSSIONS
Topic: We are happy to vote for the official Facebook page of the Iraqi Bank for Trade
Replies: 0
Views: 292