Jassim Al-Badiwi, the country's ambassador to Belgium: We are pleased that the virtual event coincides with our celebrations of #NationalEids 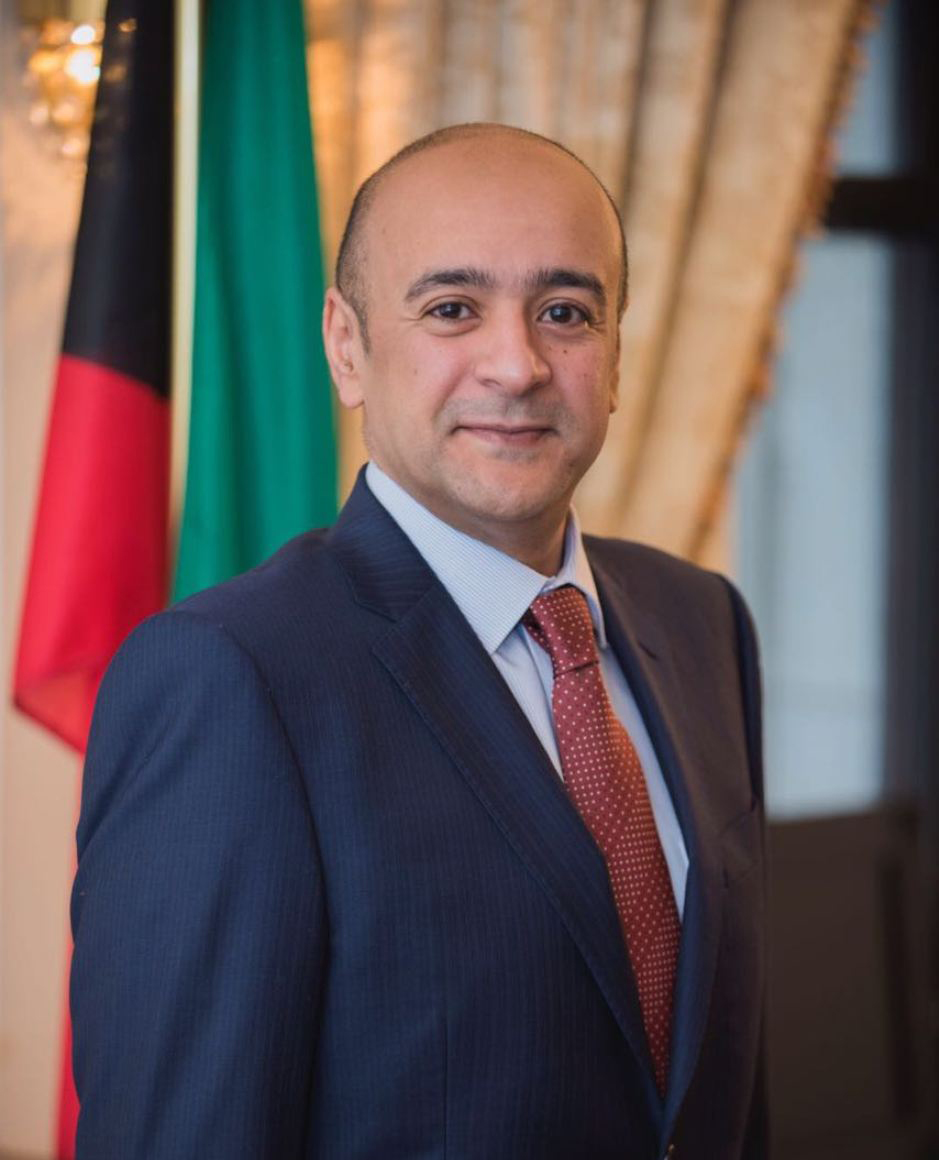 Speakers at a seminar on the Arab Gulf organized by the European Parliament Committee for Relations with the Arabian Peninsula praised the mediation of the State of Kuwait, which has succeeded in completing the Gulf reconciliation process.
"Kuwait has played a very important role in facilitating reconciliation between partners in the Gulf Cooperation Council countries," said Dr. Cinzia Bianco, a Gulf research fellow in the Middle East and North Africa program at the European Council on Foreign Relations, said during the online seminar on Thursday evening.
It reviewed the positions of the State of Kuwait and the Sultanate of Oman in the region, describing them as "neutral states" that focus their efforts on mediation and de-escalation in the region.
While describing Kuwait as a reliable partner for Europe, Bianco confirmed that the (Al-Ula Declaration) signed during the Gulf Summit in Saudi Arabia last December was very important to restore relations on track between the six Gulf Cooperation Council states.
The European Council on Foreign Relations is described as a pan-European think-tank with offices in seven European capitals.

The symposium was held under the title (Geopolitical Prospects in the Gulf for 2021 ... The Impact of the Al-Ula Declaration on Stability and Solidarity, and the New American Administration's Role in Regional Affairs)

For her part, Head of the European Parliament Committee for Relations with the Arabian Peninsula, Dr. Hana Neumann, said that the Al-Ula agreement "was concluded in light of the good offices of Kuwait, and here I want once again to thank Kuwait for its continued work and follow-up on this issue."

In his turn, the Kuwaiti ambassador to Belgium and the head of its mission to the European Union and the North Atlantic Treaty Organization (NATO) Jassem Al-Badawi expressed in his intervention his happiness that the virtual event coincided with the State of Kuwait's celebrations of national holidays.

"It is time to move forward in achieving some tangible results in this relationship, which include the Free Trade Agreement, the Partnership Agreement and the Schengen visa exemption .. This is what we would like to see," he stressed.
He praised the "excellent fraternal agreement" reached in December, adding, "We would like to see more participations and visits from leaders and officials of the European Union."
For his part, the Saudi ambassador to the European Union, Saad Al-Arifi, said in his intervention that "the Al-Ula declaration opened the door for unity and solidarity in the Gulf region."

He pointed out that it put an end to the internal Gulf discord to restore full diplomatic relations, which would make brotherly cooperation continue.
Al-Arifi stressed that the Kingdom always looks forward to cooperating with the international community, the European Union and the United States, in order to establish peace and stability in the region.

In his turn, Qatar's ambassador to the European Union, Abdulrahman Al-Khulaifi, recalled in his intervention the virtues of His Highness the late Amir Sheikh Sabah Al-Ahmad Al-Jaber Al-Sabah.
He also praised the efforts of His Highness the Amir, Sheikh Nawaf Al-Ahmad Al-Jaber Al-Sabah, "the tireless efforts in the successful mediation that brought life to the Gulf Cooperation Council states again."

"Huge steps have been taken to reduce tension and return to normal," Al-Khulaifi said, while also expressing his thanks for the efforts of the American administration in this regard.
For his part, Gabriel Monera Vinals, Head of the Department of Arabia and Iraq in the European External Action Service in the European Union, began his intervention by congratulating the State of Kuwait on the arrival of national holidays.

He stressed that the European Union welcomes the progress made since December and the results of the Al-Ula summit, stressing that the return of relations to their track in the Gulf will contribute to creating more favorable conditions to overcome tensions.

by claud39
on Fri Feb 26, 2021 9:38 am
Search in: IRAQ and DINAR -- ARTICLE BASED INFORMATION and DISCUSSIONS
Topic: A seminar on the #Arab Gulf in #Brussels praises #Kuwait's successful mediation to complete #Gulf reconciliation
Replies: 0
Views: 298