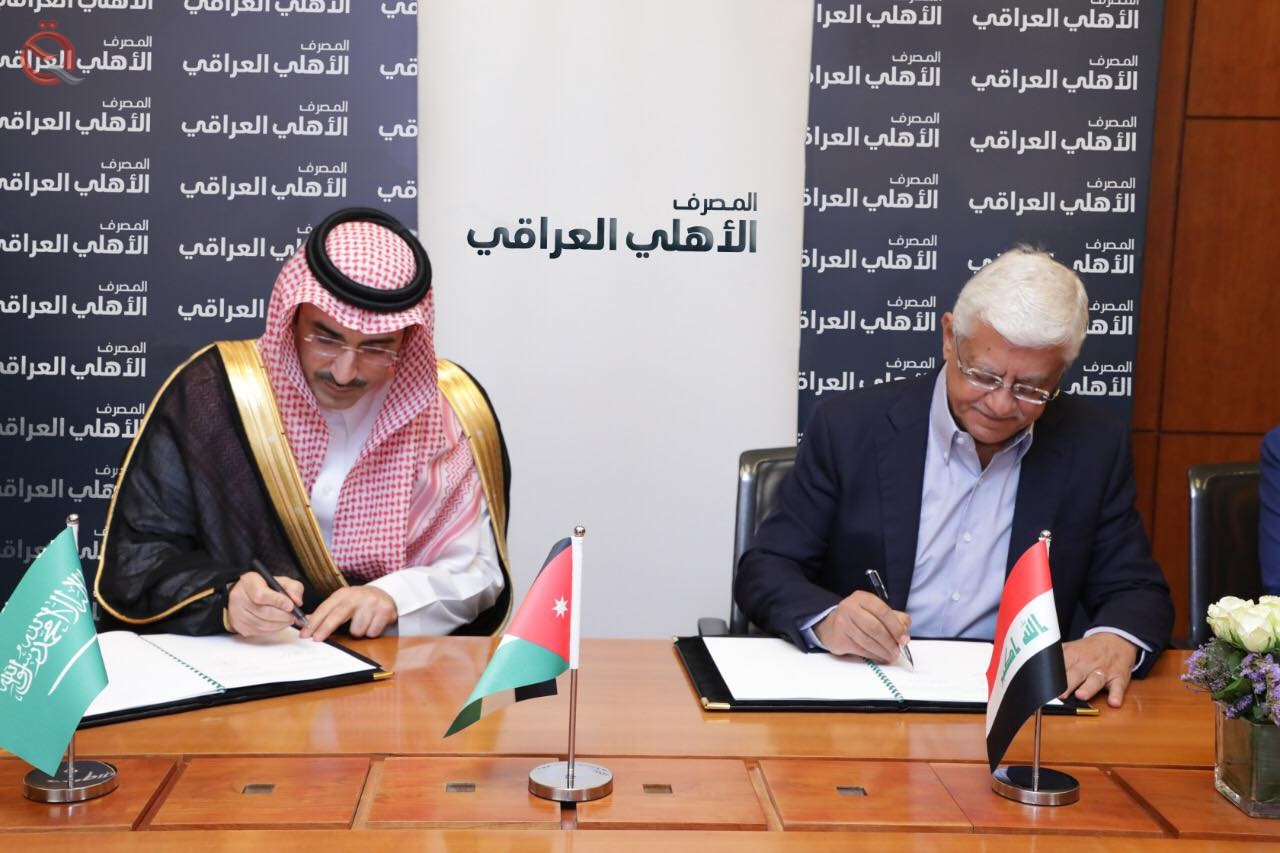 The Saudi Fund for Development signed a revolving financing line agreement worth 10 million dollars with the Iraqi National Bank of the Capital Bank Group for a period of 5 years, in the Jordanian capital, Amman.
The agreement was signed by Sultan bin Abdul Rahman Al Morshed, CEO of the Saudi Fund for Development, and Chairman of the Capital Bank Group in the name of Khalil Al Salem, in the presence of a number of senior employees from both sides. For the Central Bank of Iraq.
Under the agreement, the Saudi Fund for Development will grant the National Bank of Iraq a revolving financing line of $ 10 million to import various goods and services of Saudi origin for the benefit of the bank’s clients from companies importing these goods and services, with a financing rate of 100% of their value, and a payment period of up to 36 months depending on the type of imports and the nature of the operation.
Following the signing of the agreement, the Chairman of the Capital Bank Group, Basem Khalil Al-Salem, expressed his appreciation for the efforts made by the Saudi Fund for Development by supporting and financing development projects in Iraq and stimulating trade relations between the two brotherly countries, noting that the role of the fund reflects the historical orientations of the Kingdom of Saudi Arabia and its continuous support. To march joint Arab action and contribute to achieving Arab economic integration.
Al-Salem added, "This agreement will undoubtedly contribute to increasing trade exchange between Iraq and Saudi Arabia by providing credit facilities to importers to import Saudi products and services of high quality at competitive prices to the Iraqi market." Stimulating the financial and commercial sectors.
For his part, the CEO of the Saudi Fund for Development, Sultan bin Abdul Rahman Al-Morshed, affirmed that this agreement confirms the brotherhood bonds between the Kingdom of Saudi Arabia and the Republic of Iraq and a desire to enhance cooperation between them in various fields.
This agreement is part of what has been allocated by the Kingdom's government to support the reconstruction and development in Iraq, which exceeds an amount of (1.5) billion US dollars. It is also consistent with the objectives of the fund to diversify sources of national income and increase the volume of non-oil exports of goods and services of Saudi origin, indicating that The agreement will open new markets for Saudi producers to promote their high quality and competitive goods and products.

Similar topics
» Dr.. Mazhar Muhammad Salih *: The National Development Fund for Iraq: a renewed perspective and a promising future
»  Reconstruction Fund: Berlin is committed to accelerating the German Development Bank loan for Iraq
» The Saudi "ministers" agree to open a branch of the National Bank of Iraq in the Kingdom
»  The 2018 Annual Conference of the Central Bank of Iraq .... The harvest of achievements and the start of the development process for the year 2019
» World Bank warns Iraq: You crossed the red line!

Page 1 of 1
Permissions in this forum:
You cannot reply to topics in this forum
Who is online?
In total there are 45 users online :: 0 Registered, 0 Hidden and 45 Guests :: 2 Bots