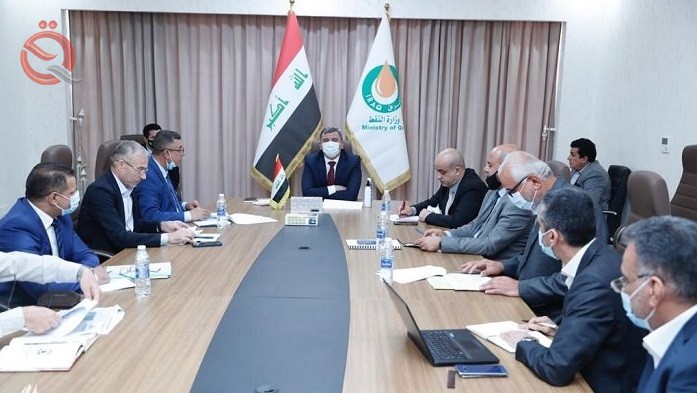 Today, Friday, Oil Minister Ihsan Abdul-Jabbar stressed that the most important priority of the Oil Ministry is to stop burning gas associated with oil operations.
"The most important priorities of the ministry and its current and future plans are to stop burning gas associated with oil operations and converting it into useful energy," Abdul-Jabbar said during his presidency of a series of meetings with the departments of the oil fields authorities in Basra Governorate.
He instructed all officials and workers in oil companies to "make utmost efforts to implement projects that achieve goals during the short and medium term, in addition to working to overcome all financial and health difficulties," stressing "the importance of engaging the national effort represented by Iraqi drilling companies, oil projects, and equipment." Heavy engineering in projects to develop oil fields, the refining sector, infrastructure, and so on. "
The statement pointed out that "these meetings come within the framework of following up the field leadership of the oil sector with plans to develop oilfields programs to sustain and increase production, as well as investing associated gas, and projects related to increasing treasury and export capacities, extending marine pipelines and injecting water."
He stated that "the meetings were attended by the Undersecretary for Extraction Affairs, Directors of Basra Oil and Southern Gas Companies, the Director General of the Studies, Planning and Follow-up Department at the Ministry's Center, the Director of the Media Office and a number of officials concerned with the oil companies."

Similar topics
» Iraq sets the middle of 2022 to stop the burning of gas associated with production
» Oil Minister of Basra: Iraq will depend entirely from the burning of associated gas in 2019
» Iraq's new oil minister has a top priority: Pump more oil
» Kurdistan calls on the Minister of Finance to stop the draft draft budget 2019
» During his meeting with the president and members of the "Hamm Al-Taleb" youth organization .. Minister of Planning: The youth segment represents a first priority within the Ministry's strategic plans