Corruption in Iraq: will Sissyphus be able to roll the boulder up to the summit this time?

Corruption in Iraq: will Sissyphus be able to roll the boulder up to the summit this time? 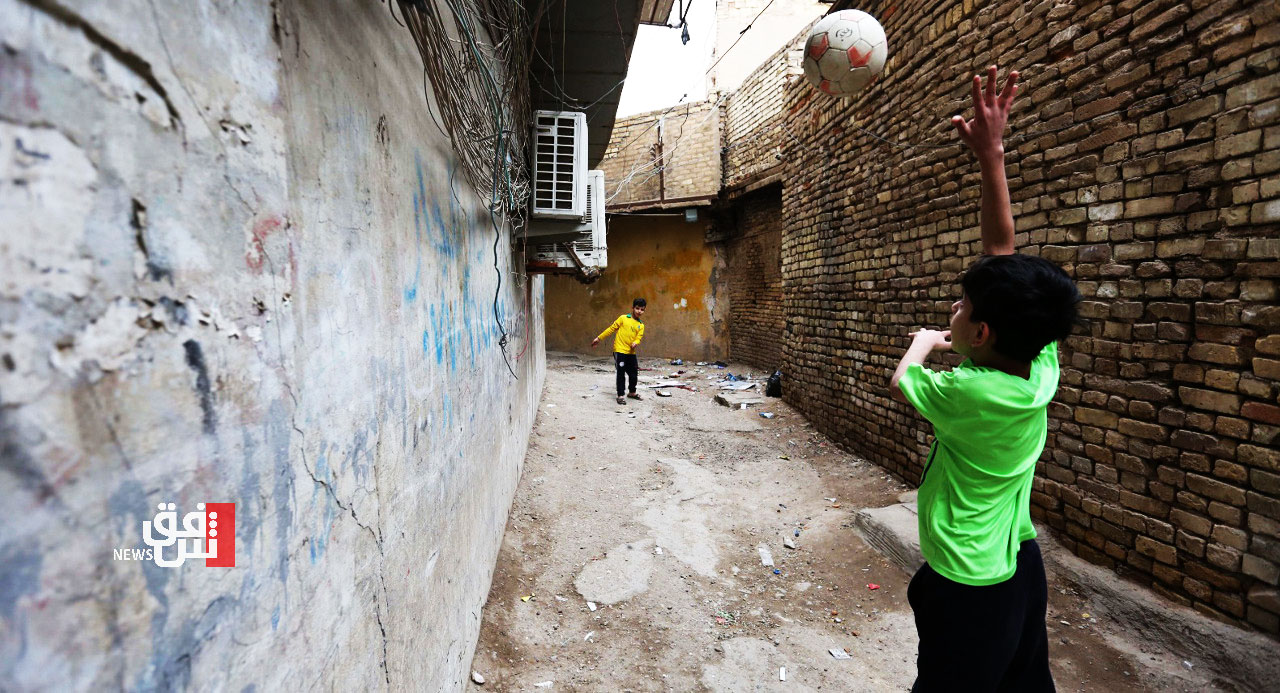 Shafaq News/ Finally, and after 18 years of skin shedding, Iraq, the country trapped in the eternal loop of Sisyphus and his boulder, commenced the merry-go-round voyage with a new act on recovering stolen public assets.

Upon his introduction of a law to fight the corruption that littered the country's contemporary piece of history, Iraq's President Barham Salih said that the country had lost more than 1000 billion dollars since Saddam Hussein was ousted with "150 billion smuggled outside the country since 2003."

The endemic corruption has taken its toll on the crisis-stricken country, and Iraqis became very aware of the burden it lodged upon their shoulders. After years of rolling up the boulder uphill only for it to roll down unceasingly again and again, Iraqis are now unwaveringly convinced that the redemption from their endless agony is by fighting the hydra with fire.

Iraqis are also aware of the impact the looted assets, if they have not been looted or if they have been retrieved at any moment earlier, might have on their sustenance and prosperity, given that, according to Salih's statements, the stolen funds during this period surpasses the country's budget for an entire year (the volume of the 2021 approved budget is $89 billion with a $20 billion deficit).

The deterioration of living conditions has convinced many Iraqis that oil is no longer the magic wand that saves Iraq from its economic struggle with "more than 500 billion dollars of looted funds in Iraq," according to Said Yassin Moussa, a member of Iraq's Supreme Anti-Corruption Council.

Transparency International ranks the country 21st from bottom in its Corruption Perceptions Index. According to the organization, "corruption in Iraq deprives people of their basic rights, including access to drinking water, health care, uninterrupted electricity, jobs, and adequate infrastructure."

Iraq, which emerged from the dictatorship to democracy two decades ago, was supposed to be equipped with transparency and accountability standards that protect Iraqis from corruption. However, it seems now to be a fleeting dream that frustrates Iraqis and absorbs their trust in the state and its institutions. Yet, the ruling political class has not effectively engaged in solving that.

Those lost funds are sufficient to rebuild the country, restore the roads and bridges, establish a subway system for all the governorates, build towers and skyscrapers higher than Burj Khalifa in the UAE, and build more than 150 residential cities similar to the Bismayah in Baghdad to end the country's housing crisis once and for all.

Among other points of view, restoring even a quarter of the lost funds would eliminate unemployment, end poverty, and revive the economy. A quarter of those funds provides two integrated hospitals similar to the Medical City Hospital with a capacity of more than 1,000 beds, equipped with state-of-the-art medical devices and global safety procedures. Those amounts are sufficient to open a project for every Iraqi citizen worth more than 25,000 dollars.

Although a quarter of Iraq's population is drawn below the poverty line, Iraqis will bet again that Barham Saleh's announcement that the implementation of the new law would impose "proactive deterrent practical measures and subsequent steps to recover corruption funds in a country where the internal and external debt is now more than 113 billion dollars," stated Mudhhir Mohammed Saleh, the PM's financial advisor.

It has become obvious that corruption in Iraq, a country that does not lack anti-corruption laws but rather its application, is complex. Due to governments formed by internal political compromises - often by regional settlements, employees who are granted jobs according to their party loyalties, trade and architectural deals in dark rooms, and a state that ascribes itself as the "biggest employer" in the public sector that is packed with favoritism, the economic future became fraught with danger, the prospect of collapse, and the uncertainty.

Therefore, the fear among Iraqis that the Recovery of stolen assets act will join a long list of ineffective anti-corruption laws that became nothing but a bundle of paper in the legislators' drawers, despite the recent "mediocre" government-led campaign that has resulted in apprehending several suspects involved in major corruption cases. Yet, it remains a small point in the gloomy corruption moor.

A few weeks ago, the United States honored 12 people from all around the world for their pivotal contributions in fighting corruption and promoting accountability in their countries, including the Iraqi Mrs. Duha Mohammed, director-general of the Digital Payments Department of the Iraqi Central Bank. They received the Anti-Corruption Heroes Award, bright news in the darkness of Iraqi corruption.

Many paid no heed to that news, similar to how Judge Hamza Al-Radhi's case was forgotten, who was chosen in 2004 as head of the Public Integrity Commission. During his era, he revealed corruption in government departments worth 18 billion dollars. Still, in 2008 he was forced to seek asylum in the United States of America to escape the threats he received.

Therefore, the fundamental question in Iraq: Who dares to pursue the battle of a new political and social culture that undermines the foundations of corruption and corrupts to a glorious end?

Similar topics
» Cash-Strapped Iraq To Finally Roll Out Refinery Megaproject
» Holly with Rv News: it is a very slow, calculated roll out. It is happening for real this time
» Anho corruption in the threshold Husseinieh corruption ends in Iraq
» The House of Representatives begins the new legislative session next Saturday
» IRAQ: Tenders On Time/Right Opportunity Right Time