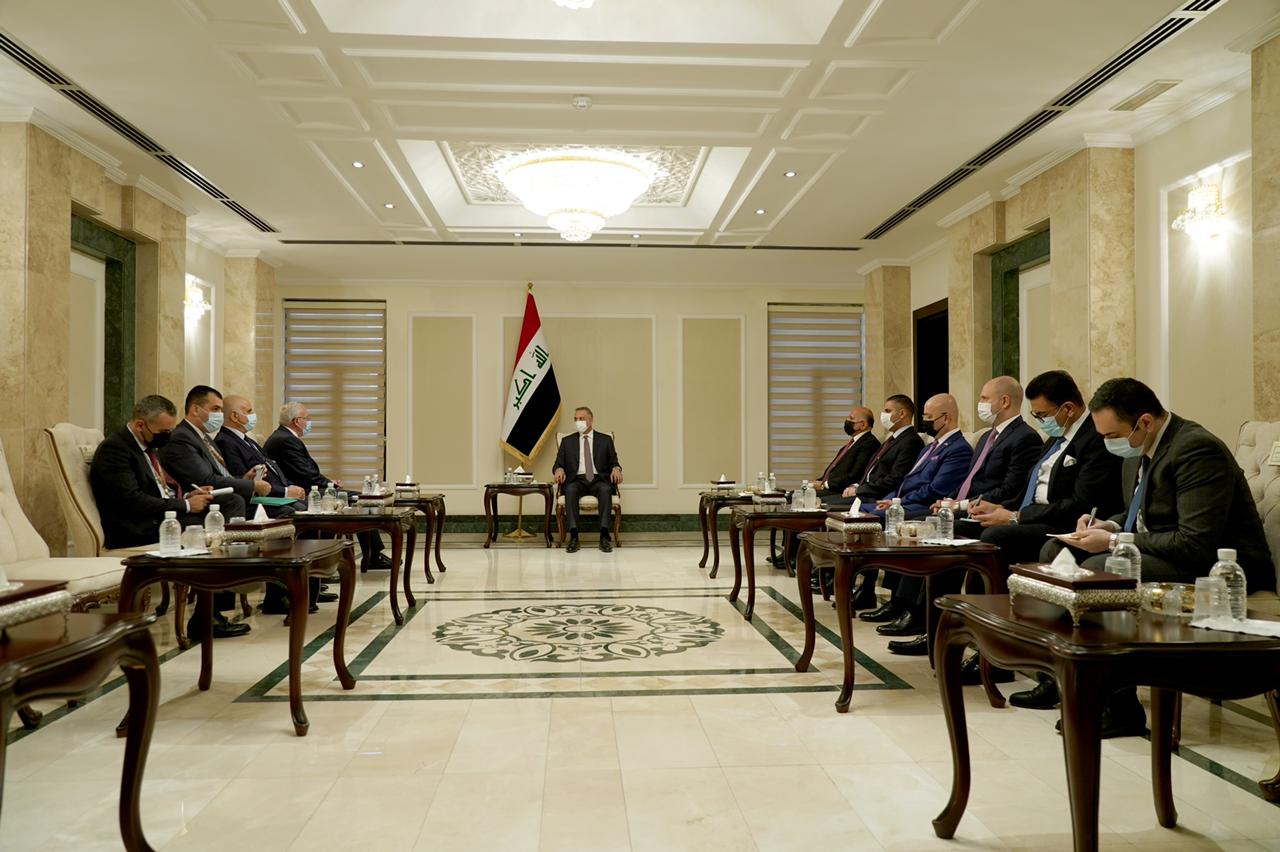 Al-Kazemi's media office said in a statement received by Shafaq News that the latter received, today, the Palestinian Minister of Foreign Affairs, Riyad Al-Maliki and his accompanying delegation, indicating that during the meeting they discussed bilateral relations between the two countries, and the repercussions of the Israeli attacks on the Palestinian people, which caused the fall of many The innocent victims were killed or wounded, and the infrastructure and civilian facilities were destroyed.

Al-Kazemi indicated, according to the statement, that Iraq will not abandon the Palestinian issue and its principled and firm stance on it, and that Palestine, which inhabits the Iraqi conscience, enjoys popular, political and official support, and will not see from Iraq except direct support and support, and through regional and international positions and contacts.

For his part, the Palestinian Foreign Minister conveyed the greetings of Palestinian Authority President Mahmoud Abbas to Prime Minister Mustafa Al-Kazemi, and his appreciation for Iraq's brotherly position in support of Palestine and its support for the Palestinian people in facing the Israeli aggression.

And the Palestinian Foreign Minister indicated that the escalating power of Iraq and its regional and international role, we consider it a force for the Palestinian position.

Similar topics
» Before traveling to Washington, Al-Kazemi: We need direct and continuous support for the American army to defeat terrorism in Iraq
» Al-Kazemi: Work is underway to open a direct flight between Baghdad and Rome
» Al-Hikma: We support the economic reforms of Al-Kazemi’s government
» US to provide direct military and financial support to Peshmerga
» Iran does not support Maliki for third term, but support Iraqi people's choice