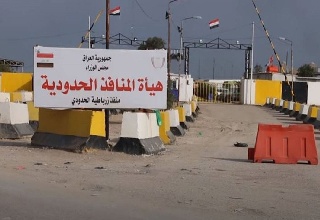 The government launched a major attack on the Parliamentary Finance Committee, after it made a major change in the 2021 budget bill, which included amending more than 40 articles, without consulting with the competent authorities.
Most of the members of the Parliamentary Finance Committee appeared during the voting period on the 2021 budget bill, rejoicing at reducing the size of the budget from 164 trillion dinars to 127 trillion dinars.
Minister of Labor and Social Affairs, Adel Al-Rikabi, on more than one occasion, criticized the Finance Committee, saying, “The government is fair to the Ministry of Labor after it allocated five trillion and 600 billion dinars within the federal budget for the current year to include 400-500 thousand new beneficiaries as well as raising the ceiling Aid, but the Finance Committee in the House of Representatives did not do justice to the ministry after it transferred two trillion and one hundred billion dinars of the total sums allocated to other sections of the budget, including the trillion and 600 billion of social protection allocations only, which greatly harmed the ministry’s programs and plans for the next phase.
He added, "The government has challenged many budget paragraphs, including the sums allocated for social protection and listed in Table (B), which included reducing most ministries' budgets, and we are awaiting judicial procedures to resolve this issue, and we have no choice but to follow legal methods.
On the other hand, an informed government source told Al-Iqtisad News that the government lodged an appeal with 40 articles from the 2021 budget after it was approved by Parliament, indicating that the appeals to these articles are due to the changes of the Finance Committee far from the government's direction.
He noted that the Finance Committee invested this issue politically, but the issue will remain with the Federal Court.
Meanwhile, the committee’s rapporteur, Ahmad al-Saffar, said, “The Parliamentary Finance Committee worked throughout the previous period with exceptional effort and took 560 hours of work (23 days and approximately three hours) to amend the draft General Budget Law for 2021, given that it contained large sums in some of its inconsistent needs. With the financial, economic and health crisis in the country, "noting that" the committee hosted during the coming period 320 officials responsible for the spending unit in the budget law. "