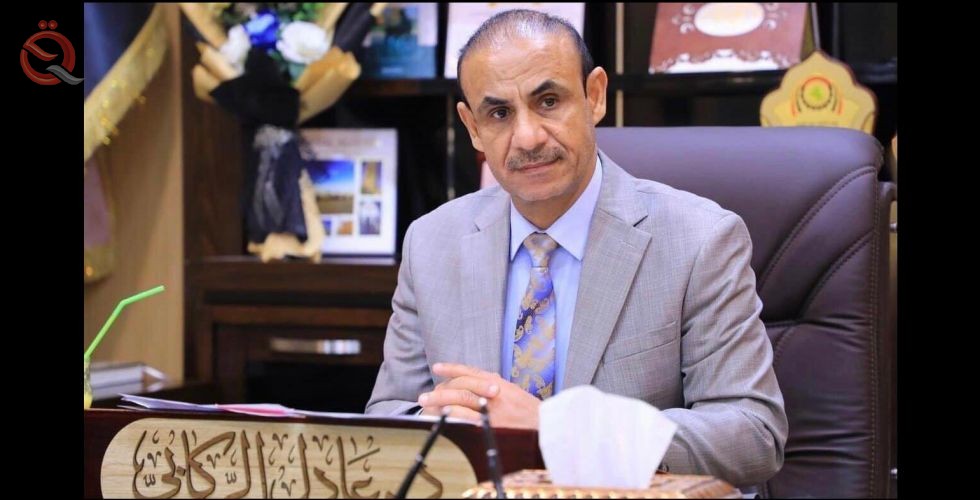 Minister of Labor and Social Affairs, Adel Al-Rikabi announced the launch of the "youth employment" project with the support of the Central Bank, noting that the project includes establishing real development projects.
In an interview with Al-Sabah newspaper and followed by Al-Eqtisad News, the minister said, “The government was fair to the Ministry of Labor after it allocated five trillion and 600 billion dinars within the federal budget for the current year to include 400-500 thousand new beneficiaries, as well as raising the ceiling of subsidies, except The Finance Committee in the House of Representatives did not do justice to the ministry after it transferred two trillion and one hundred billion dinars of the total sums allocated to other sections of the budget, including one trillion and 600 billion of social protection allocations only, which greatly harmed the ministry’s programs and plans for the next phase.
Al-Rikabi added, "The Financial Committee suddenly reduced the amount allocated to the Social Protection Authority despite our agreement with the committee two days before the vote on the budget not to reduce."
He continued, "We were surprised by the tables that we received from the Ministry of Finance, which include determining the ministry’s allocations in general, as we will not be able to include the previously established numbers and we have become restricted to the inclusion of the numbers according to the allocation,” explaining that “the government has challenged many of the budget paragraphs, including the sums allocated for social protection and included in the schedule. (B) which included reducing most of the ministries' budgets, and we are awaiting judicial procedures to resolve this issue, and we have no choice but to follow the legal methods.

Regarding the salaries of the beneficiaries, he explained that "the ministry announced a new peace and obtained the approval of the Council of Ministers, as this peace included raising the ceiling of social assistance for the beneficiaries," indicating that "the prime minister and members of the Council of Ministers have shown great cooperation in this matter."
He stated that "the increase amounts ranged from 25 thousand to 100 thousand on the total salary, and the increase amounts were released retroactively for each beneficiary from the social protection network for four months, and this is part of the duties and tasks of the Ministry of Labor in supporting those
segments."
Al-Rikabi explained, "If things were to go according to what was planned by the government, the situation of the beneficiaries of the protection network and the Disability Authority would have been better, as the government had allocated 671 billion dinars to the Disability Authority, but this amount was also reduced by the Finance Committee to 314 billion, because with these amounts we cannot include numbers. New with the salary of a full-time employee, while it was possible, according to the previous amounts that the government included in the budget, to include 50 thousand new beneficiaries with the salary of a full-time employee, as well as the inclusion of families from the years 2019 and 2020 that were previously presented, but the reduction of these amounts created a big problem for us.
He pointed out that "the retirement and social security law is one of the strategic laws in the country, and it is completed by the Ministry of Labor and the current government and completed by the House of Representatives if approved, as it includes many privileges for the working class in the private, mixed and cooperative sector whose numbers are estimated in the millions, as they were covered by a legal cover to secure the privileges." "That they will get, explaining the law. Large numbers of young people will be enriched in searching for government jobs and their work in the private sector will be protected by legal cover."
He expected the bill to be read again in the House of Representatives, as it is on the agenda in the event that the sessions resume soon, revealing that there is contact with the Parliamentary Work Committee to complete the necessary amendments by Parliament in the text proposed by the government and then present it for a vote on it to enter into force. He stated that "the ministry has put in the new law a pension equation that increases the salary ceiling to between 450 to 500 thousand dinars at the very least, and we are working to make salaries monthly and not every two months."

Al-Rikabi mentioned that "the ministry has so far managed to include 570 thousand workers in the private, mixed and public sectors, in an increase of more than doubling in a period of 9 months," while noting that it "completed the youth employment project with the support of the Central Bank at an amount of 600 billion dinars."
He continued, "The project includes establishing development zones in a number of governorates that are managed by developers in accordance with the guideline prepared by the Ministry of Labor. A group of young people will be relied upon after granting them loans from the Central Bank through private banks ranging from 35 to 50 million dinars for a single loan for each project to manage." The development zone in order to establish real agricultural or industrial development projects, ”noting that“ the project is awaiting approval by the Council of Ministers during the coming sessions.
Regarding the reasons for the increase in unemployment in the country, he said: It was exacerbated by the weakness of the private sector and the reluctance in investment projects and the influx of foreign workers, as well as other reasons, explaining that “foreign workers in the two sites of Basmajah and the refinery of Karbala only amounted to about 29 thousand workers, during a period of Exceed the months.
Regarding poverty, Rikabi believes, "The poverty line criterion was set by a joint committee of planning and work in previous periods and not under the current government," revealing that "there is a new committee formed between the Ministries of Planning and Labor, to improve the poverty line and reduce equipment."