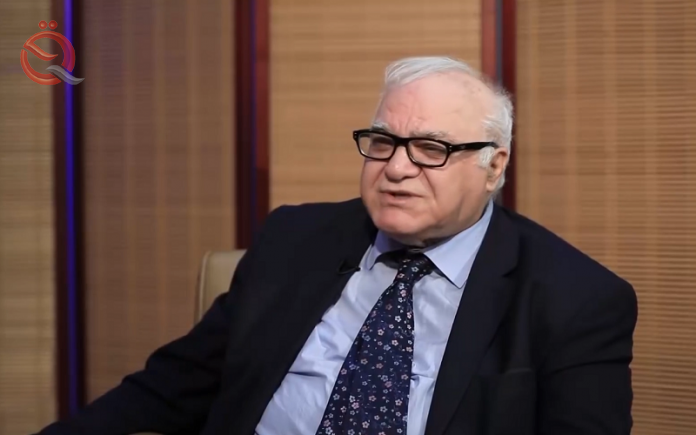 On Friday, the financial advisor to the Prime Minister, Mazhar Muhammad Salih, revealed two restrictions that curb the banking credit system, and while he confirmed the existence of 50 trillion dinars outside the control of the banking system, he indicated that there are reasons that impede private investment and others that have caused the emergence of a "usurious" credit system.
"The banking credit system in Iraq is subject to inherited and complex structures, the first constraint of which is the high risk of debt recovery and defaults in the collection of loans granted, which amount to 18%, while the global standard ratio of defaults is not," Saleh said in an interview with the Iraqi News Agency and its follow-up, "Al-Eqtisad News." More than 3% is what drives banks to continuously make large hedges around capital to face credit losses due to the quality of the guarantees themselves, which are often non-liquid real estate upon default, which increases the degree of reluctance to grant cash credits or loans or helps raise risks Credit is strictly due to the high bank interest, "noting that" the loans granted by banks to the public or to the people do not exceed 5% of the gross domestic product, which is the lowest in the world. "
He added, "The second limitation is the decrease in the ability of banks to mobilize public liquidity leaked outside the banking system, which is in the possession of the public and in the form of cash hoardings. They are deducted from the income cycle and are outside the control of the official financial system and are subject to the behavior of the public in demanding cash liquidity because of its customs and traditions in revering liquidity."
The available cash is immediately under the hand, "indicating that" these funds are considered in all cases important financial surpluses and a large cash wealth (immobile and only partially conducive to private investment activity). Low across the banking system itself instead of being hoarded in homes, and its averages are estimated as hoarded surplus liquidity outside the banking system today, equivalent to about 25% of the gross domestic product of Iraq. "
He pointed out that "based on these patterns of monetary habits and the initial dealings with excess liquidity outside the legal banking credit system, a (interest-based) credit apparatus has been formed in the parallel or informal financial market, as the parallel market continues to grant its usurious cash loans to the public on loan terms. Very high cost, as the annual interest in it is between 50-80%, (which is called obscene interest). The usurious market is a parallel (unregulated) financial market that is highly exploited with high risks, but at the same time it has high flexibility in dealing with stagnant cash liquidity. By moving the usurious interest tool. "
He continued, "Its funds are estimated, as we have mentioned above (as leaked funds available outside the banking system) at perhaps 50 trillion dinars, which are important and vital funds that are currently circulating outside the control of the legal or official banking system," explaining that "Both scenarios, whether in the formal, organized financial or banking market, or the parallel (informal and unorganized) usurious market have made it difficult for the public to obtain credit or loans, whether at reasonable costs or conditions, especially loans that are commensurate with the average income of the general social class that needs money.
Pushing monetary policy by really going to (direct quantitative) intervention in the official credit market by adopting credit facilitation policies and supporting the market with very easy and low-cost loans, most of which were provided (within the initiative of the Central Bank of Iraq), whether in the form of housing loans through the government real estate credit apparatus (Real Estate Bank and Housing Fund) ) Or in the form of supporting economic activity with small, medium and large loans in various economic fields.
He pointed out that, "due to the institutional complications in maintaining communication between the public and banks in easy handling, it has become imperative to introduce auxiliary financial instruments carrying bank interest in the form of (bonds) that are sold optionally to the interested public of cash surplus holders, and these tools are insured from any failure in Repayment by formal guarantee institutions and granting their holders privileges even when borrowing and accepting those instruments as optimal bank guarantees when credit is needed and capable of immediate liquidation in the secondary financial market such as the Iraq Stock Exchange.
He concluded by saying, "The liquidity obtained from these bonds will help, as they are excellent debt tools, in activating the granting of credit, especially to small borrowers, on easy terms through banks or digital financial companies and others. They are authorized to deal with bonds by sale, purchase or mediation and their actions are in accordance with the law in order to deal with credits." Small or microfinance. "