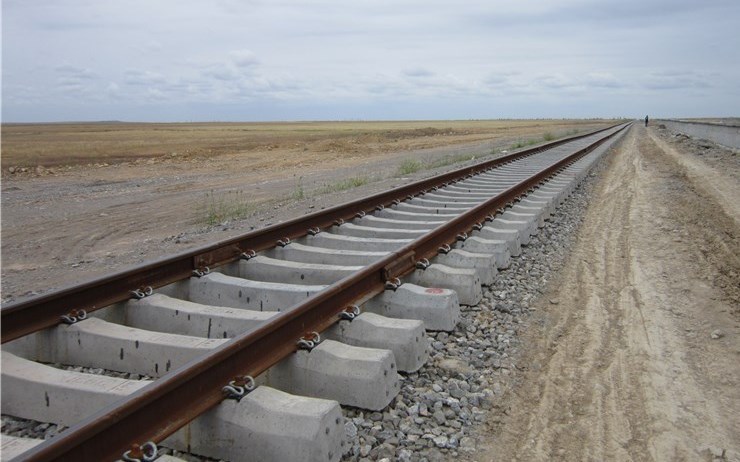 Shafaq News / The British website "International Reconstruction Bulletin" (GCR) confirmed the importance of the Iraqi-Iranian talks to establish a railway between the two countries, indicating that this railway, despite its short distance, "will significantly improve communications in the wider region by connecting The Chinese Belt and Road lines are in Iraq and also bring Iran closer to Syria. "


The British website, which specializes in construction project news around the world, stated that talks between Iraq and Iran to build a railway between the southern city of Basra and the town of Shalamjah, directly across the border, are nearing completion, according to a tweet from the office of Iraqi Prime Minister Mustafa Al-Kazemi.


Al-Kazemi's office said in a tweet Thursday that "negotiations with Iran to build a railway between Basra and Shalamjah have reached their final stages, and we have signed 15 agreements and memoranda of understanding with Jordan and Egypt on energy and transportation lines."


According to the British website report, translated by Shafaq News Agency, that although the line will extend for only 30 kilometers and cost about $ 150 million, it will be the only railway line between the two countries, and it will greatly improve communications in the wider region by connecting The Chinese Belt and Road Line in Iraq and bringing Iran closer to Syria. "


He pointed out that the funding for the project, which was approved by the Iraqi Council of Ministers last April, comes from the Iranian "Mostazafan Foundation", which is a quasi-governmental charitable institution.


He added that the plan, which had been discussed for many years, was first announced in November 2018, when the Islamic Republic of Iran Railway Company announced that it intended to work to build a line between the two cities.


The American Al-Monitor website stated at the time that "the railway is part of the deal to rebuild Syria, and enhance religious tourism between Yaran, Iraq and Syria, but Syrian opposition factions rejected the line, believing that it would enhance Iranian influence and contribute to providing the logistical services necessary for the Iranian presence in the country." Iraq and Syria.


But the Iranian News Agency (IRNA) quoted the Iranian ambassador to Iraq, Iraj Masjedi, as saying that the railway could make Iraq a regional center for transportation.


The Iranian ambassador clarified that Iraq could turn into "one of the largest transit countries in the region," adding that "Iraq could be linked to China via the railways of the Iranian Republic and enhance its strategic importance in the region."


The Iranian ambassador was also quoted as saying that the railway could lead to the expansion of Basra port facilities, explaining that only small ships can now dock at the port, but developing and equipping the port along the escarpment of the Arvand River could change the situation and help the port and transit traffic flourish. in Iraq .

Similar topics
» Deputy Prime Minister for Economic Affairs and Minister of Finance receives the President of the China Railway Company
» Turkish Ambassador: Iraq is unable to suffice with the GDP of table eggs!
» Iran is implementing a bridge in Basra with a railway line linking it with Iraq
» China stresses the need to respect the sovereignty and territorial integrity of Iraq
» The impact of applying the new tariff law .. standstill for the movement of goods in the port Shalamjah east of Basra