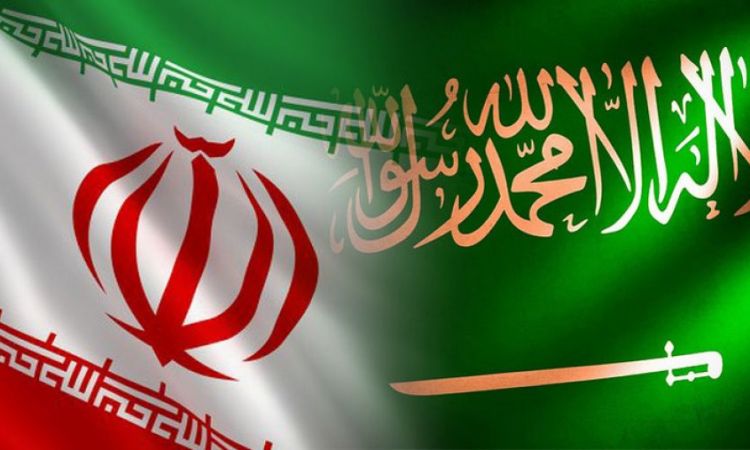 Shafaq News / The British "Middle East Eye" website mentioned; Iran asked Saudi Arabia to help it sell its oil by circumventing US sanctions in exchange for Tehran persuading the Houthis in Yemen to reduce their attacks on oil sites in the Kingdom of Saudi Arabia.

The British website was quoted in a report translated by Shafaq News; An official familiar with the Saudi-Iranian talks hosted by Iraq last April said that the aim is to end the conflict situation and win over the institutions of the two countries at all levels.

According to the site, an additional round of talks was held between the two parties, in the presence of a limited number of Iraqi officials who "contributed to bringing points of view closer and moistening the atmosphere."

Iraqi sources said that the Yemen war remains the most prominent issue on the negotiating table and was a focus during the meeting, which lasted for four hours.

She indicated that the Saudis sought during the meeting to ensure an end to the Houthi attacks, which occurred almost daily during the past months, targeting Saudi oil and economic sites.

The Iranians, on the other hand, have focused on achieving a breach of the bottleneck since former US President Donald Trump withdrew from the nuclear deal in 2018 and reimposed a wide range of sanctions on the Iranians.

Specifically, the Iranians have asked the Saudis to help them sell their oil again, according to a senior Iraqi official close to the Iranians and familiar with the course of the talks.

The official said to the British site; The Iranians offered to sell their oil to the Saudis at a price lower than the world price, on the condition that the Saudis sell it on the global markets on their own way.

The official pointed out that Iran relies on the UAE and Oman to sell its oil informally, and needs another regional outlet to sell its oil away from US sanctions, and that Saudi Arabia appears to be the ideal option for the Iranians now.

Despite the ongoing talks in Vienna on the Iranian file, the Iraqi official said he was not surprised that Tehran was seeking to pursue an alternative path strategy with Saudi Arabia.

"Opening a new outlet for Iranian oil sales clearly indicates that Iran is seeking to exploit the situation and expand its influence to new areas in the region," the official said.

The Iraqi official explained; "Iran is always thinking in a way that allows it to breathe easily under all circumstances and provide practical alternatives in order to be able to maneuver comfortably in its current negotiations (in Vienna) with the Americans," noting that the negotiations in Vienna may continue for months and possibly years, and that finding temporary alternatives represents Iranian thinking model.

According to Iraqi officials the British website spoke to, the Iraqi government has been involved in direct talks from the beginning, and is working to bring the two parties together in Baghdad.

There are two main Iraqi officials involved in managing the negotiations under the mandate of Prime Minister Mustafa Al-Kazemi, and they are Muhammad Abd al-Ridha al-Hashemi, known as Abu Jihad, who is an advisor to al-Kazemi and is in charge of the Iraqi factions backed by Iran. The second character is National Security Adviser Qassem Al-Araji.

Officials indicated that Abu Jihad and Al-Araji have traveled back and forth between Baghdad, Riyadh and Tehran over the past two months.

According to the site, in addition to the Iranian request of the Saudis to sell oil, Tehran is also proposing that the Houthis be partners in power in Sanaa. On the other hand, the Saudis demanded an end to Houthi attacks on oil and economic sites, as well as an end to incitement, especially media incitement, practiced by Iranian institutions and Iran's allies, against Saudi Arabia, especially in Iraq, Yemen, Lebanon and Syria.

"The most prominent Saudi concern is to stop Houthi attacks on their institutions, and the rest are details," the Iraqi official said. During the last session, the Saudis and the Iranians did not address Lebanon or Iraq in detail.

According to Iraqi officials, Saudi Arabia is calling for a greater role for Sunnis in Iraqi government institutions, reflecting the size of the Sunnis in Iraq, and an end to Iran's allies' attacks in Iraq on Saudi Arabia's allies and potential Saudi investments in Iraq.

According to Iraqi sources, the new round of talks will take place in Baghdad within the next few days, and that an Iranian delegation includes figures from Iranian intelligence, the Iranian Revolutionary Guards, and specialists from other security institutions who have not worked in Iraq before, and have already arrived in Baghdad days ago. .

"We want them to reach an agreement so that they stop using Iraq as an arena for their struggle," said an official in the Iraqi National Security Adviser.