Iraq Dinar Scam is back

Iraq Dinar Scam is back

Iraq Dinar Scam is back
lunaticg 5:33:00 AM
Iraq Dinar scam is back following a rumour that Central Bank of Iraq has announced their plans to redenominate the Iraqi Dinar. This is in order to increase the strength level of the Iraqi currency, which will allow people to carry less paper money. By the end of 2010, they intend to drop three zeros from the nominal value of bank notes. That means that 1,000 IQD (pre-redenomination) and 1 dinar (post-redenomination) will both be worth the same amount in US Dollars. Haven't you heard that Iraqi Dinar revalue soon? 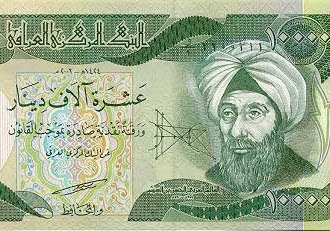 Iraq Dinar speculation has been around since a new Dinar has been introduced in 2003. Speculator will sell their item in bulk with a statement from Iraq news that Iraq Dinar value will be going up one day. One of the reason most of this speculator will be saying is that Iraq is the second largest oil reserve holder in the world. 95% of Iraq revenue come from oil export. They were saying that Iraq will gain its independence one day and Iraq economy will be bounce back. At that time, all Iraq Dinar holder will gain profits by trading their Iraq Dinar. The news that the speculator reported as a good news for Iraq Dinar, they're no single source or link that come from Iraq government or any news agency (some quote a news by reuters in Wikipedia, but the link is from a website: radio free Iraq?).
Where do you sell your Iraq Dinar? The truth is, there is no legitimate market that will buy any of your dinar outside Iraq. Some people suggest that we can trade Iraq Dinar via online banking? Do you know that you cannot trade it via banks or money changers outside Iraq? Buying Iraq Dinar will be easy but selling them will be a big problem. Most of the Iraq Dinar trader in US registered with the U.S. Treasury as a Money Service Business.

Some speculator even show the historical value of the Dinar. They were speculating that Independence might help Iraq to gain its value near its historical value before gulf war. Is that for real? I think to anyone who want to believe anything about that should read this statement by CNN money expert in 2004, Walter Updegrave:

"The economic prospects for a country that determine the future value of its currency, not the price it trades at now or the price it traded at in the past. And no matter how low a value a currency reaches, it can always go lower." Source: CNN

The only people who really gaining profit from this speculation is the first person who started this Iraq Dinar trading. Before you invest on anything, make sure that you can sell them. Unless there is a legal way to sell your Dinar, this speculation will always be one of the biggest Internet scam.
Should you invest in Iraq Dinar? Many people said Iraq Dinar is a good investment but before you start investing, you might want to read this post here; Iraq Dinar Investment.

I had been reading about Iraq New Currency for years now. They said three zeroes will be remove for the new dinar.

Page 1 of 1
Permissions in this forum:
You cannot reply to topics in this forum
Who is online?
In total there are 149 users online :: 2 Registered, 0 Hidden and 147 Guests :: 3 Bots

» THE ARAB MONETARY FUND, IN COOPERATION WITH THE INTERNATIONAL MONETARY FUND’S CENTER FOR ECONOMICS AND FINANCE IN THE MIDDLE EAST, ORGANIZES A COURSE ON “PUBLIC FINANCIAL FRAMEWORKS”

» Increase the amount of cash sales from foreign currency