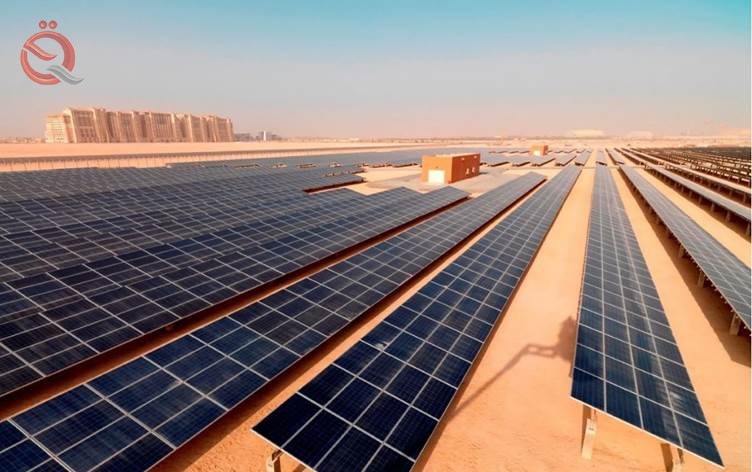 The Ministry of Electricity announced that it had signed a "preliminary" agreement with the French company, Total, to install new 1,000-megawatt solar stations, while it promised citizens "satisfactory" processing hours.
A spokesman for the Ministry of Electricity, Ahmed Al-Abadi, said, "The energy production from generating stations throughout Iraq is currently around 15,000 megawatts, and it is expected to reach 22,000 megawatts by the beginning of next June, which will provide large and very satisfactory processing hours for citizens compared to Previous years, "according to" Al-Sabah. "
Al-Abadi revealed that the ministry aspires to reach 22,000 megawatts of electric power production next June, which will help supply electric power that will be better than last summer, indicating the possibility of reaching 28,000 megawatts of production in the event that the gas supply is stable and available.
The actual need for Iraqi gas during the summer to 70 million standard cubic feet per day, according to the spokesperson for the Ministry of Electricity.
The government continues to negotiate with the Iranian government on cooperation and coordination in the field of electricity, as well as the stability of supplying gas to Iraqi production plants during the summer.
The spokesperson for the Ministry of Electricity confirmed that the processing hours are governed by the size of the excess on the network and the commitment of the governorates to the quotas, the supply of gas to the stations, and that dealing with the matter may result in some accidents, technical emergencies and transformer malfunctions, and therefore the equipment will vary from one region to another, he said.
Al-Abadi stated that the next few days will witness the introduction of new units for work and production of electricity, pointing out that “on the 17th of this month, the official opening of the first unit of the Salah al-Din Thermal Power Station with a capacity of 630 megawatts will be followed by the second unit at a rate of 630 megawatts after 3 months. It has provided the system with 1,260 megawatts. "

Similar topics
» The Oil and Energy Committee congratulates the Minister of Electricity and expresses its readiness for joint cooperation
» International Energy: Electricity consumption is increasing in Iraq .. and solar energy will not contribute significantly
» OPEC Secretary General arrives in Baghdad
» Electricity announces the launch of the first round of solar energy investment projects
» Al-Kazemi calls on Siemens to expand its work to produce clean energy to generate electricity