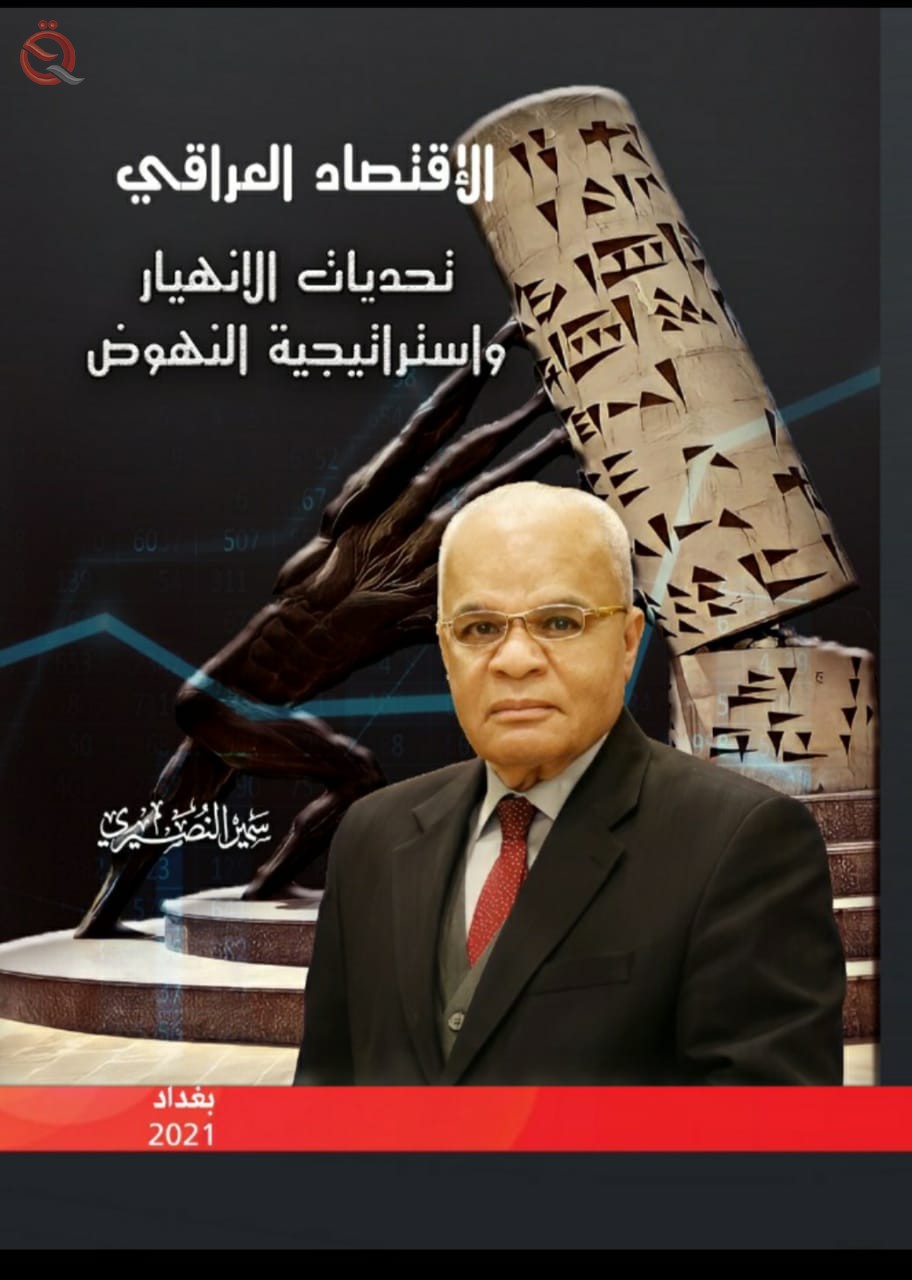 The economic and banking advisor to the Iraqi Private Banks Association, Samir Al-Nusiri, announced today, Saturday, the issuance of his new book entitled (The Iraqi Economy: The Challenges of Collapse and the Revival Strategy) on the Palette Center for Printing and Publishing, copies of which were deposited in the House of Books and Documents in Baghdad.
Al-Nusiri said in a press interview, that the book diagnoses, by analyzing and studying the challenges that the Iraqi economy suffers from, stressing that the strategy for the advancement and reform of the Iraqi economy after all these years of suffering and crises needs exceptional efforts, programs, mechanisms and government procedures in partnership with the private sector and specialized national competencies, and the most important is the intentions Sincere and real change towards the desired economic advancement
He pointed out that what supports this will allow the national expertise to contribute and participate in drawing and implementing the strategy of economic transformation and reform during the next ten years, with a focus on finding solutions and quick treatments to enable the elements of the implementation of the economic advancement and that these treatments have a rapid effect to create stability in the financial system and the monetary system. And re-control the distribution of public money and get rid of mismanagement and choose the right man in the right place and thus will facilitate that way to implement the strategy of advancement as a central goal in accordance with the vision of Iraq 2030.
He added: Therefore, I had my own vision to overcome the challenges of collapse, to achieve the accomplished economic advancement, and I made it clear by diagnosing, analyzing and proposing through studies and articles specialized and published in my previous publications issued during the years (2015-2019). And I do not believe that the future of Iraq must match the aspirations and economic competencies of its patient people, and that it occupies its natural economic position between the countries of the region and the world.
Al-Nusairi explained, "I continued with the intellectual bid by presenting economic studies and articles in 2020 and 2021 on the path of economic reform and revival, which I included in my new ninth book (156 pages) with three chapters and 34 articles and attached to
documents that include the latest report of the World Bank (Revival from the Reality of Fragility) issued in 2021, based on the keenness and transparency in presenting the views of international organizations, with reservations about some of the visions and treatments proposed in them and the General Budget Law for 2021 issued by the House of Representatives. The chapters of the book included the following axes:
1- The National Economy ‐ Challenges and the Methodology of Advancement and Economic Stability
Second ‐ Monetary Policy
Third, banking reform strategy the banking sector in the face of the economic crisis
Al-Nusayri concluded his speech by wishing that the specialists in the book would be discussed and studied, and the proposals included in it would be evaluated to overcome our economic crises
.