Advisor Al-Kazemi: The government has succeeded in filling the deficit gap and facing the recession within a year

Advisor Al-Kazemi: The government has succeeded in filling the deficit gap and facing the recession within a year

[size=36]Advisor Al-Kazemi: The government has succeeded in filling the deficit gap and facing the recession within a year[/size] 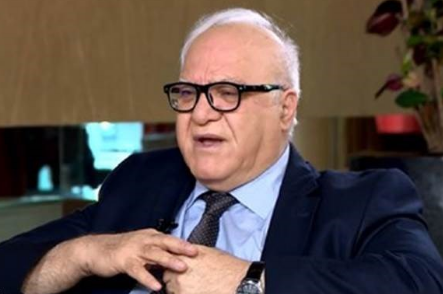 The financial advisor to the Prime Minister, Mazhar Muhammad Salih, revealed today, Thursday, the economic challenges that the government faced, while noting that it had succeeded in closing the deficit gap and facing recession within a year of its life.
Saleh said, "The fiscal year 2020 was one of the most difficult years the country has gone through after the dual crisis (security and financial) in 2014, as the GDP decline was accompanied by a negative 10 to 11% due to the decline in oil import revenues by more than 40% of Its traditional similar flows in 2019, as a result of the oil price war and the OPEC Plus agreement regarding reducing the quotas of member countries to remove the oil glut that exceeded 10% of the global oil market needs, in addition to the closure of local economic facilities and disruption of production facilities due to the pandemic and the rise in unemployment to about 25% Of labor force in a market economy. "
Saleh added that "public finances continued to face the double crisis (health and economic) by working in managing public expenditures and public revenues with high accuracy and effort without the presence of legislation legislation for the federal public budget 2020, and it is facing the challenge of the severity of financial and economic shocks (external and internal) and their severe effects on the sustainability Fiscal policy throughout those lean months. "
He continued, "The financial management has continued to work according to the contexts provided by the enforceable financial management law, while it is facing a deficit in the monthly revenues that are not sufficient to cover the financing of actual current expenditures at the rate of 1/12 of the general budget for the year 2019, based on the rules of operation of the Financial Management Law in effect." "The cash assets available from monthly revenues did not increase at that time (2019) from 4 trillion dinars per month and perhaps less, while current expenditures payable remained more than 7 trillion dinars, whether from salaries, pensions and social welfare, or the payment of farmers, contractors and services. Debts and energy purchases of various forms, obligatory for repayment. "
Regarding facing these challenges, Saleh asserted that "public finances had no choice in closing the deficit gap of payable expenses except by resorting to internal borrowing priorities that supported the government banking system in general and the Central Bank of Iraq in particular in implementing the two borrowing laws that were legislated in the House of Representatives." As an alternative to the General Budget Law 2020. "
Saleh stated that "the Iraqi banking system provided liquid financial resources that contributed to bridging the financial deficit gap and facing the sharp economic downturn represented by (deteriorating economic growth, high unemployment and a decline in the general level of prices) with liquid resources amounting to about 27 trillion dinars in the year 2020, which is in the form of internal debts financed by the agency. The government banker exclusively, and not others (which are considered as debts from government financial institutions to the government itself. "
The government advisor considered that "the Ministry of Finance succeeded in overcoming the financial stress tests that the country was subjected to with all its economic variables in the year 2020, despite the gravity and risks of the domestic and global economic situation together."

Similar topics
» Financial Advisor to the Prime Minister: We succeeded in filling the deficit of 13 trillion dinars during the current year
» The government's reliance on the «space of high oil prices» in filling the budget deficit
» Al-Kazemi’s advisor: The oil price surplus will end the fiscal deficit for the 2021 budgetموازنة
» Al-Kazemi's financial advisor: The oil price difference bridges the budget deficit
» Al-Kazemi’s advisor sets a condition for achieving an actual balance in the 2022 budget without a deficit