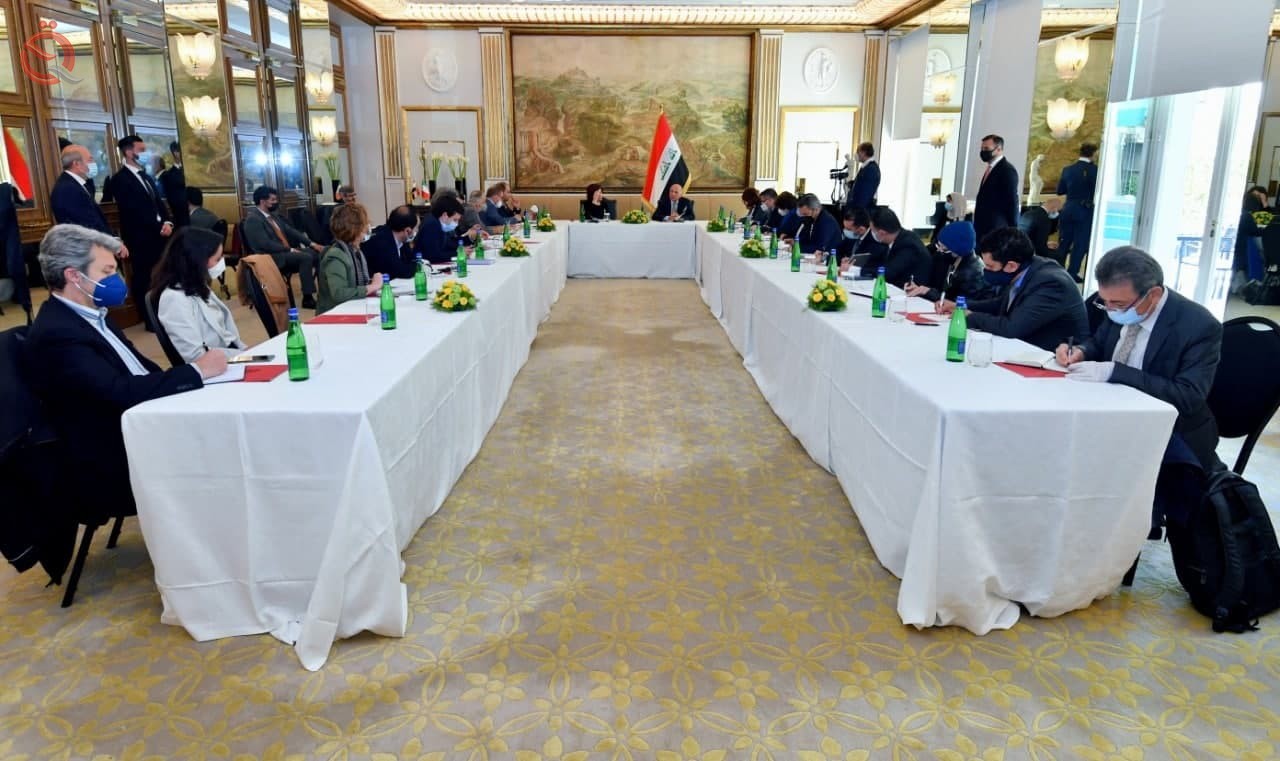 Foreign Minister Fuad Hussein announced, on Thursday, that the government is working to diversify the economic partnerships of Iraq, while calling on the media to convey the true picture of Iraq, which is in a stable security situation.
The Ministry of Foreign Affairs said in a statement, seen by Al-Eqtisad News, that “Foreign Minister Fouad Hussein met in the Italian capital, Rome, with a group of Arab and foreign media professionals, in the presence of the Ambassador of the Republic of Iraq to Italy, Safia Al-Suhail,” indicating that “during the meeting, the most important results of the visit were reviewed. To Rome and the Vatican and his meetings with His Holiness the Pope and the officials of both Italy and the Vatican. "
And he stressed "the importance of the media conveying the true picture of Iraq, which is in a stable security situation, and this is demonstrated by the historic visit of His Holiness, the Pope, who visited many Iraqi cities, especially after the Iraqi lands that had been seized by the terrorist organization ISIS and defeated militarily."
Hussein touched during the meeting on the latest political and economic developments in Iraq and the Iraqi government's endeavor to overcome the financial difficulties that resulted from low global oil prices, and the economic stagnation that most countries of the world suffer from due to the pandemic, and the government's orientation towards strengthening the role of the private sector and increasing investments to support the Iraqi economy.

Similar topics
» Foreign Minister: Iraq has moved to the stage of economic cooperation and partnerships
» Watch: Iraq’s Minister of Oil @IhsanIsmaael says the @IraqiGovt is working to create a welcoming investment climate and reiterates Iraq’s commitment to long standing international partnerships: #InvestIraq
» The text of Fouad Hussein's message regarding the decision to include Iraq is a list of high-risk countries
» Foreign Minister: Iraq is seeking economic reform and opening the door for investment
» Deputy Prime Minister for Economic Affairs Minister of Finance receives Foreign Minister Mohammed Ali Al-Hakim