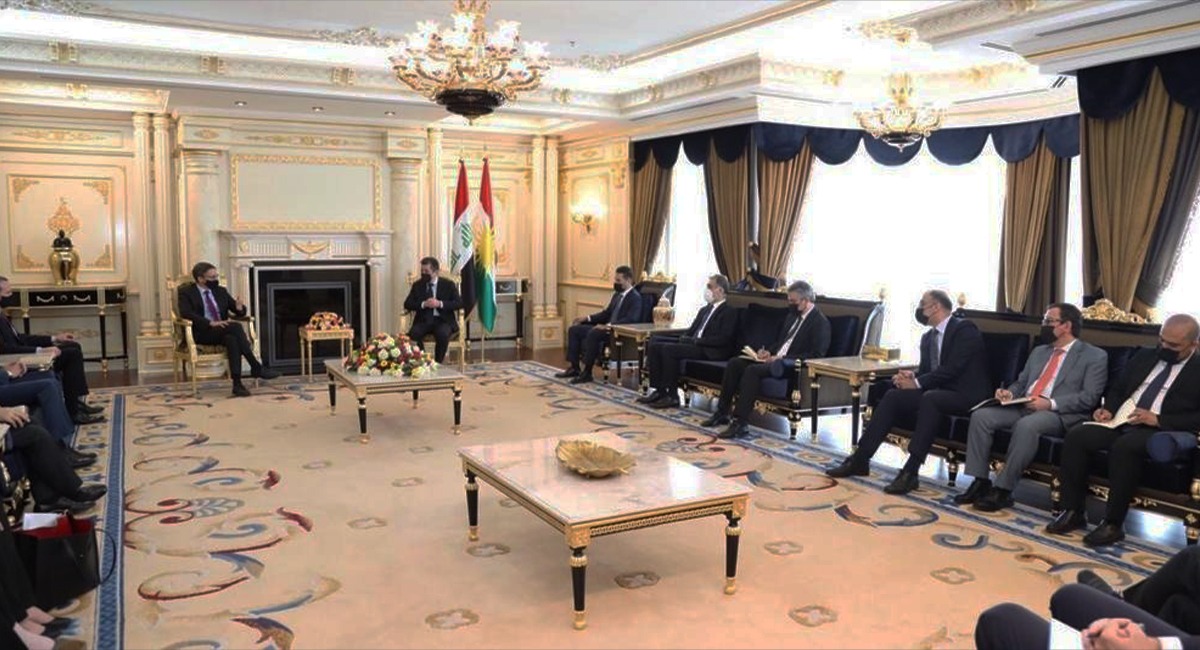 Shafaq News / The US administration confirmed, on Wednesday, its desire to strengthen relations with the Kurdistan Region as an important ally of the United States in the regional region, pledging to continue supporting the Peshmerga forces to confront ISIS.

The media office of the President of the Kurdistan Regional Government, Masrour Barzani, said, in a statement received by Shafaq News, that the latter received in his office in Erbil governorate, an American delegation that included the US State Department advisor, Derek Chollet, the White House coordinator for Middle East and North Africa affairs, Brett McGurk, and Acting Assistant Secretary State Department for Near Eastern Affairs Joy Hood, and Deputy Assistant Secretary of Defense for Middle Eastern Affairs Dana Stroll.

He indicated that during the meeting, which was attended by Vice President of the Regional Government Qubad Talabani, they discussed ways to strengthen relations between the Kurdistan Region and the United States, as well as discuss the latest developments in the situation in Iraq and the region.

The delegation conveyed the greetings of President Joe Biden to the Prime Minister of Kurdistan, and indicated that his visit is an affirmation of Biden and the US government's desire to consolidate relations with the region, which is considered an "important ally of the United States in the region."

The delegation praised the reform process initiated by the Kurdistan Regional Government, especially the reforms in the Ministry of Peshmerga, and reiterated the emphasis on the United States and the international coalition continuing to support the Peshmerga forces to confront terrorist threats, especially those represented by ISIS.

For his part, the Prime Minister of the Kurdistan Region expressed his gratitude and appreciation to President Biden and the support of the US government, expressing the Kurdistan Region’s readiness to develop bilateral relations with the United States.

According to the statement, the meeting dealt with relations between the Kurdistan Region and the federal government and the upcoming Iraqi elections, in addition to the strategic dialogue between Iraq and the United States and the importance of implementing the Sinjar Agreement. 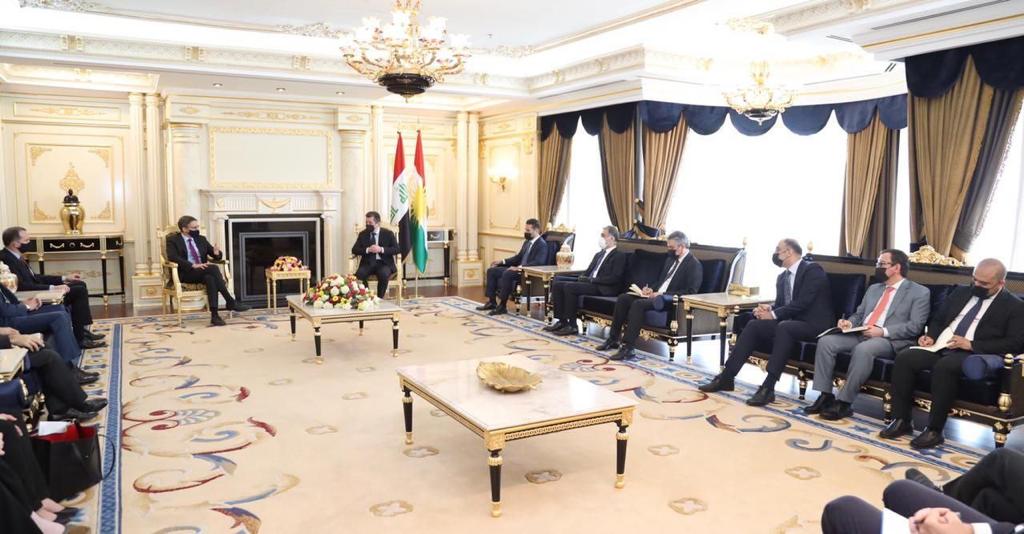 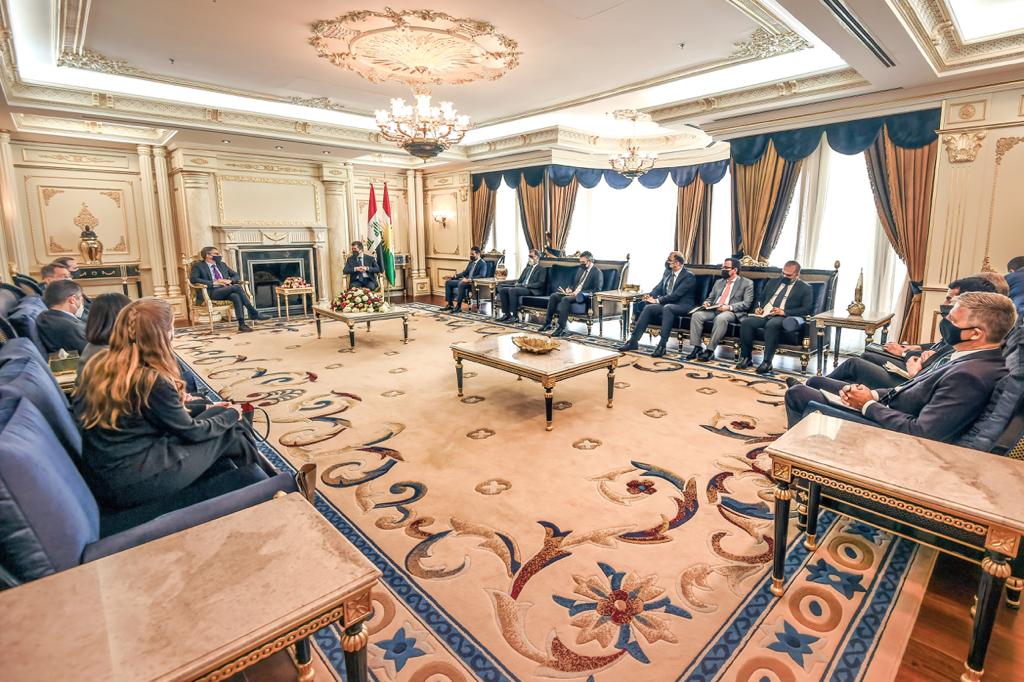 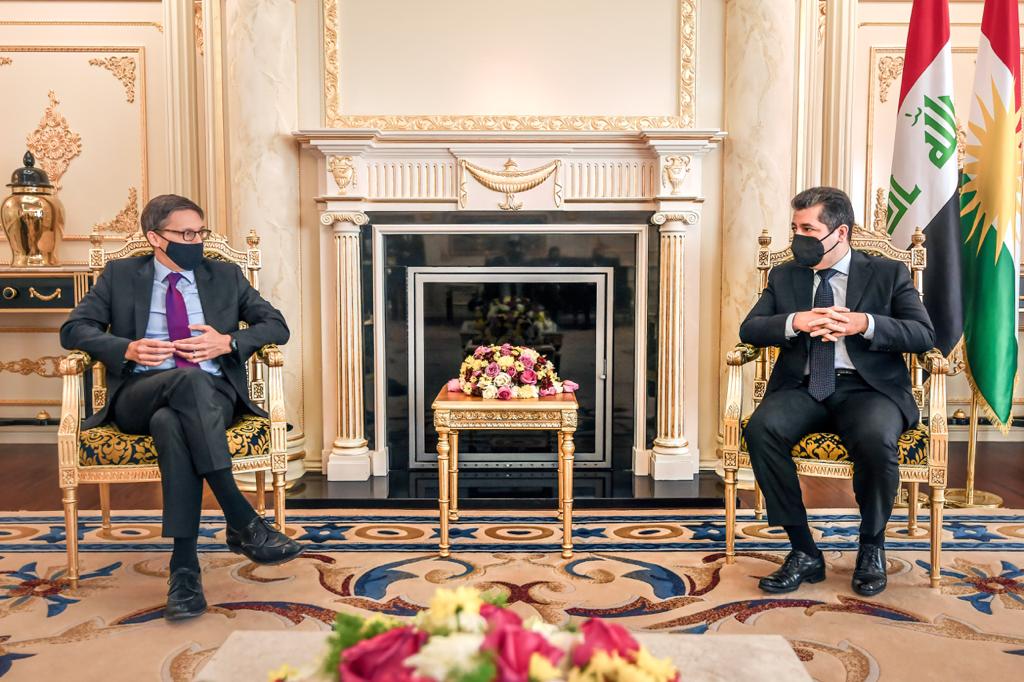 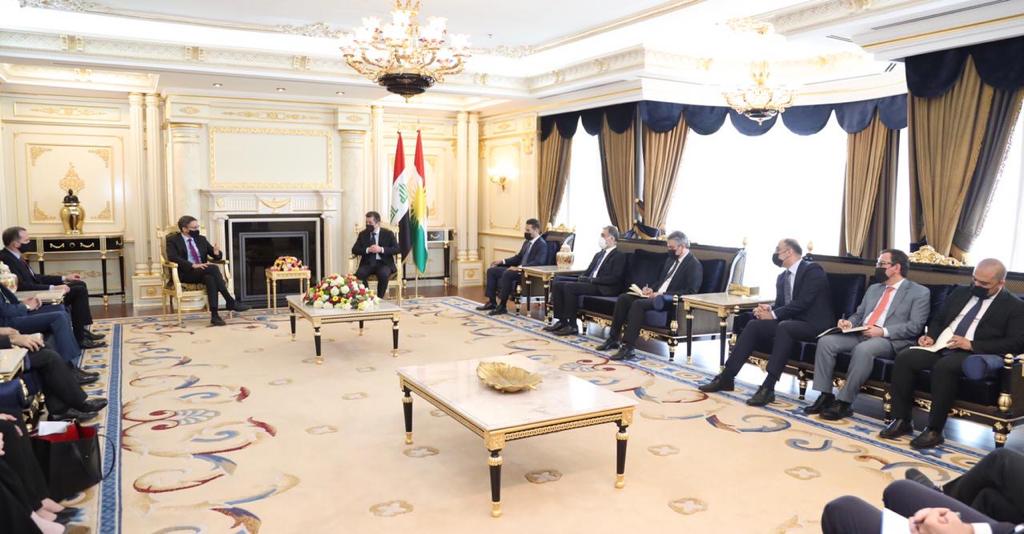 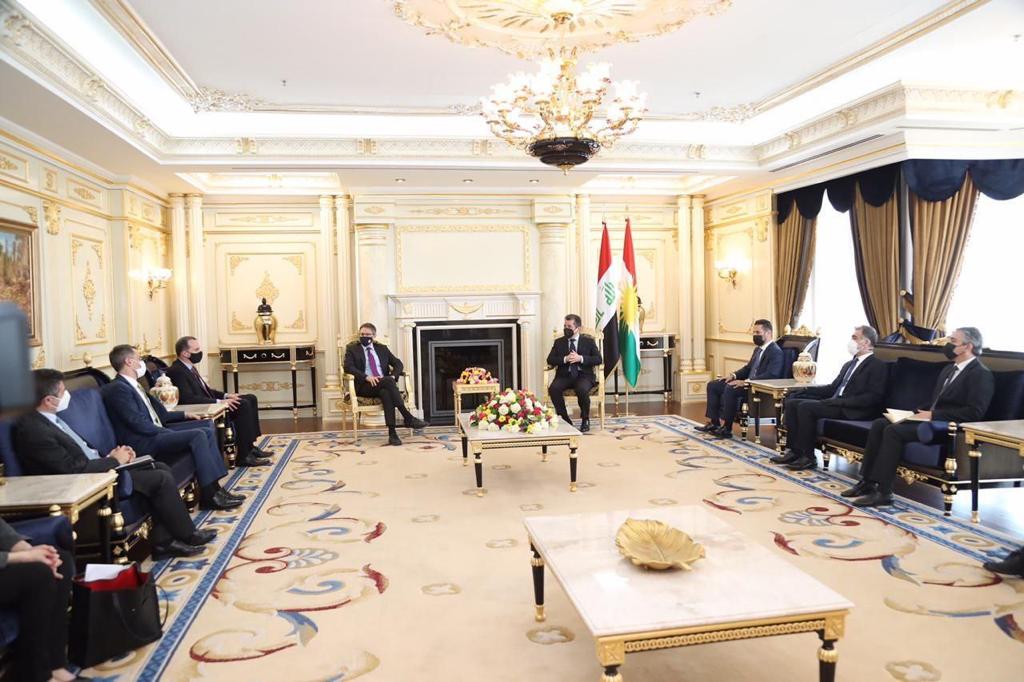