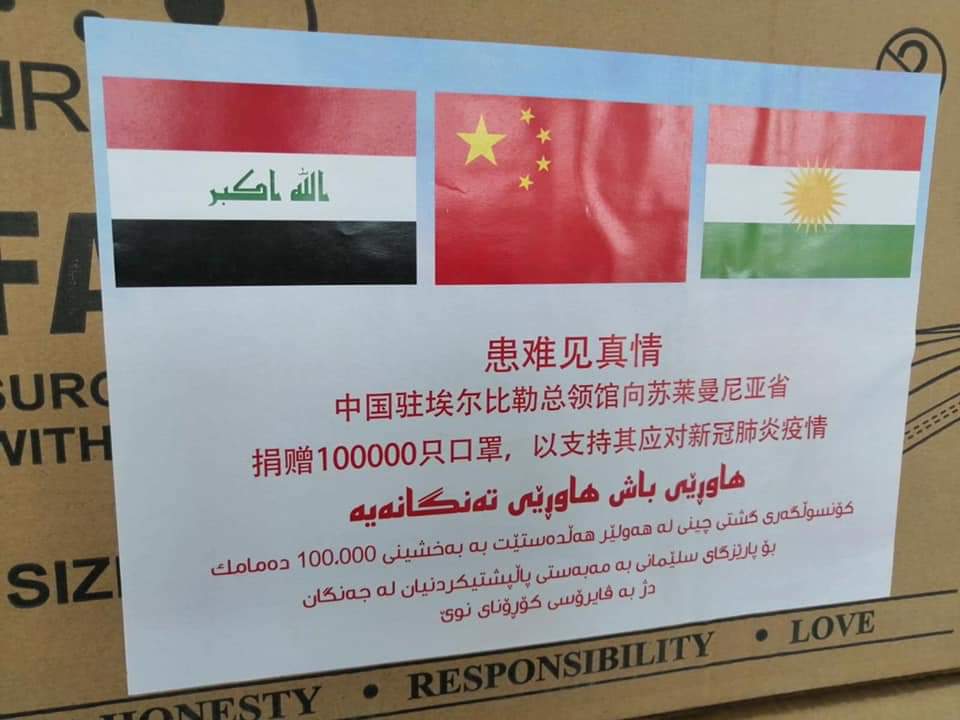 Shafaq News / China confirmed, on Wednesday, that its agreement with Iraq will be activated soon after resolving some of the technical issues of this agreement, while it indicated that the experience of the Road Belt will bring fruitful rules and results for the Iraqi people.


The commercial advisor at the Chinese embassy in Baghdad, "Xu Chun", said in a hypothetical press conference attended by Shafaq News Agency that with the signing of the agreement, Iraq is communicating with China on how to implement the agreement as soon as possible, indicating that the Chinese Insurance Corporation, Sinoshur, the Iraqi Ministry of Finance and the Iraq Reconstruction Council have contacted to find Solutions to some of the technical issues pending in the agreement.


The trade advisor confirmed that "the two sides found appropriate solutions to the technical issues," stressing that "the agreement will be implemented soon."


He pointed out that "infrastructure projects are important for cooperation between China and Iraq," stressing that "Chinese companies are in close contact with Iraq on establishing projects for schools, electricity, water supply, airports, in addition to power stations."


He pointed out that "Chinese companies play a role in building power stations and are working on completing four power stations, namely Rumaila, Maysan, Samarra and Basra," considering that these stations would reduce the electricity shortage in the country.


For his part, Chinese Deputy Ambassador to Iraq, "Jian Fangning," affirmed that the volume of completed projects in the Belt and Road Initiative announced by China increased by 19.4 percent, pointing to cooperation with 140 countries and 31 international organizations and the signing of a cooperation document with 19 Middle Eastern countries in this project.


"The initiative is represented by the basic principles, which are policy coherence, infrastructure interdependence, continuity of work, exchange of roles and finally understanding peoples," he added, stressing that "this initiative has led to many concrete issues for peoples and countries on this path."


He pointed out that "Iraq has developed a cooperation document on the Road Belt project with China in 2015, and as a result there will be infrastructure projects that will bear fruit in a tangible way."


He pointed out that "China, according to the Road Belt Initiative, is keen to continue cooperation with Iraq to achieve mutual benefit," stressing that "the experience of the Belt of Road will bring fruitful rules and results to the Iraqi people."


It is noteworthy that the Belt and Road Initiative, launched by the People's Republic of China since 2013, entered Iraq for the first time with a series of memoranda of understanding and agreements signed by the Iraqi and Chinese governments in Beijing on September 23, 2019, and the agreements extend for twenty years, based on the principle of oil for reconstruction in the infrastructure of Iraq and that the agreement It is based on depositing the sums of 100,000 barrels of Iraqi exports to China in a secure bank account, and its money is used to spend on reconstruction and construction projects related to the lives of the people.


China's desire to develop its economic relations with Iraq stems from the framework of its global program called the Belt and Road Initiative, inspired by the idea of ​​the ancient Silk Road, which paves the way for enhancing communication, investment, trade and capital flow between China, Asia, Africa and Europe.