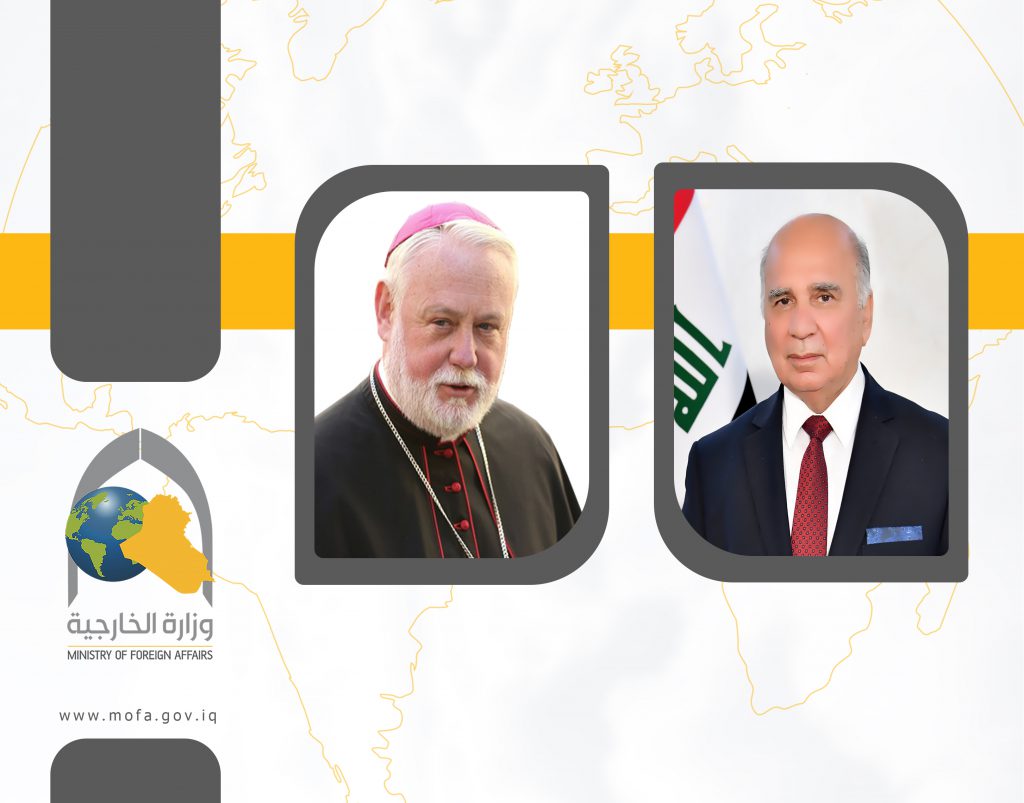 The Minister expressed Iraq's aspiration to activate the frameworks of cooperation with the Vatican in various fields. And this is in light of the distinguished relations between the two sides.

Emphasizing: Iraq's keenness to develop relations between Iraq and the Vatican to achieve the goals it carried in the service of humanity and its rights, and to spread the culture and values ​​of peace.

The Minister indicated that Iraq is a meeting place for religions that all agree on respect for the human being, his dignity, and the promotion of a culture and values ​​of peace, and he stressed the government's insistence on the return of the displaced and the rehabilitation of women and children victims of ISIS, calling for the reconstruction of churches in the city of Mosul, and the building of a hospital for women who survived ISIS terror.

He called on the investment companies in the Vatican State to work in Iraq to revive the cultural and historical heritage.