MarkZ: "I had heard there was some transfer issues moving large blocks of money over the weekend….that is what I am being told is our delay" (LOL!! Next Excuse...) 5/3/21

MarkZ: "I had heard there was some transfer issues moving large blocks of money over the weekend….that is what I am being told is our delay" (LOL!! Next Excuse...) 5/3/21

Member:  I thought 1st May is The Day... as usual nothing happened

MZ: I am hearing there was some pretty decent progress over the weekend.  Including the possible release of Dubai 1 and 2.

MZ: I reached out to banking contacts especially in the Mideast…..and Dubai of course…..I had heard there was some transfer issues moving large blocks of money over the weekend….that is what I am being told is our delay. …..I am hearing a lot of chatter about this week guys.

MZ: Keep in mind that we don’t know the timing…but there sure is a lot of good static right now. Hopefully by tomorrow morning I will have a much better idea of where we are at.

MZ: No movement on CMKX or prosperity packages yet. As I understand with CMKX they should be refiguring fines and penalties again. I should know more by tomorrow morning.

Member:  MARK IS IRAQ KICKING THE CAN?.... HAS TREASURY GIVEN THE OK?

Member:  Heard Putin told his people to,stay home may 1-10th. Any clue if true or why?

MZ: Coming out of the former Soviet Union and the Balkins is an article that Russia has prepared to exit the SWIFT banking system completely. This was always a plan with the BRICS…..remember they are Brazil, Russia, India, China and S. Africa.

MZ: They were creating a new system that would replace SWIFT. It would be safer, faster and the beginning of the fall of the Petro Dollar. The swift system required that wherever you were sending money in the world you had to first change it to USD…….it looks like Russia has laid the groundwork now to leave the Swift system.  There was always 2 different options.

MZ: option one was for BRICS to go it alone and it would take longer or option two was the US would play ball…..the US has drug this out for years…..decades…it has now become critical.  It looks like they are moving forward with option one now……

MZ: I think this is a big piece…..Read the Article that “ Russia says its ready for disconnection from SWIFT”    https://caspiannews.com/news-detail/russia-says-its-ready-for-disconnection-from-swift-2021-4-30-0/

Member:  Russia prepared for possibility of being cut off from SWIFT, Kremlin says    https://www.rt.com/business/518814-russia-cut-off-swift/

Member: I hope that means the QFS is ready to go!!!

Member: 15 counties closed on Friday from May 1st through the 10th…….hmmmmm

Member: What does Dubai 1 and 2 mean?

MZ:  I am hearing that money has started moving out of Dubai 1 and 2..…..i hope to know more by tomorrow.  If this is true then things have started and we are past the point of no return.

Member: Any word on Dragon Bonds?

MZ: No word on Dragon bonds yet….we were told last Tues or Wed that the timing on the Dragon bonds would most likely occur Monday of this week or May 3rd. (today) Guess what…..Its Monday.  My Best Bond Guys are in Zurich so I hope to get an update later on today. This is another piece of the pie….if this is moving we know we are on the way…….

Member: Why is it we get milestones to hit before a release, we hit those milestones, and then others are added that we’re never mentioned previously?

Re: MarkZ: "I had heard there was some transfer issues moving large blocks of money over the weekend….that is what I am being told is our delay" (LOL!! Next Excuse...) 5/3/21

Don't laugh, Nash, it's true!!....My source informed me that they were having problems finding a way to move all the pallets loaded with the money....they could not find a way to move something that heavy and cumbersome...and they have to find a moving company with a large crane...maybe one used to moving pianos.... 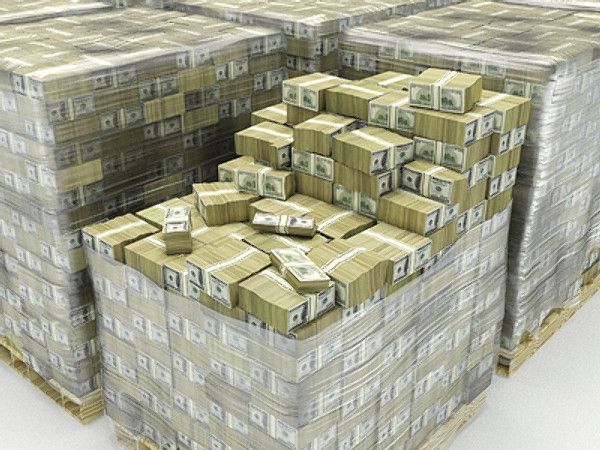 Similar topics
»  MarkZ says -- I am told its most likely for Easter Weekend for this thing to go
» MarkZ says - I got hundreds of emails from you guys this weekend that your groups have contacted you and told you to get everything ready and current because this is imminent
» MarkZ: "Redemption folks have absolutely been told they are working this weekend" (What Kind Of Work Forcce Do They Have? Who Pays The Pizza Bill? LOL) 12/8/21
» Mark Zerfoss (aka MarkZ): "This weekend I heard from a treasure contact and a WF contact that the Treasury was finally ready" 8/5/19
» Guru Vital Brad's Dad: "we've got another 3 day weekend...you've heard the thing" (Iraq Doesn't Have That "3 Day Weekend" ! Your Son Has You Fooled! LOL) 10/10/21

Page 1 of 1
Permissions in this forum:
You cannot reply to topics in this forum
Who is online?
In total there are 117 users online :: 0 Registered, 0 Hidden and 117 Guests :: 3 Bots