During his meeting with Fuad Hussein ... the Pope of the Vatican talks again about his recent visit to Iraq

During his meeting with Fuad Hussein ... the Pope of the Vatican talks again about his recent visit to Iraq

[size=30]During his meeting with Fuad Hussein ... the Pope of the Vatican talks again about his recent visit to Iraq[/size]

Baghdad - People
On Monday, Pope Francis discussed with Iraqi Foreign Minister Fuad Hussein the outcomes of his recent visit to Iraq, as well as the situation in the region and the world.

A Foreign Ministry statement that "People" received, a copy of it (May 3, 2021), stated that "during the bilateral meeting that lasted for an hour, they discussed the outcomes of His Holiness’s historic visit to Iraq and its implications, great meanings and intentions."
The Foreign Ministry statement added that "part of the meeting was devoted to issues related to the Iraqi situation and the region."
According to the statement, the Pope expressed his "happiness at the visit he made to Iraq," praising the "exceptional efforts made by the Iraqi government and the Ministry of Foreign Affairs, to make the visit a success in all the religious and historical sites he visited," recalling his meetings with various Iraqi leaders, especially the historical meeting he had with the religious authority. Ali al-Sistani and the messages it implies, “again” his prayers for the Iraqis to enjoy security and stability in the light of coexistence.
The Pope also noted that "the visit left a great impact on his soul, and it was the most distinguished among the visits he made to many countries."
For his part, Foreign Minister Fuad Hussein, according to the statement, "thanked the government and people of Iraq for their holiness after his visit, stressing the government's interest in the outcomes of the visit and building on its opportunities to revive historical and archaeological sites, and its reflection on the Iraqis and the attributes of coexistence, dialogue and cultural openness among them." 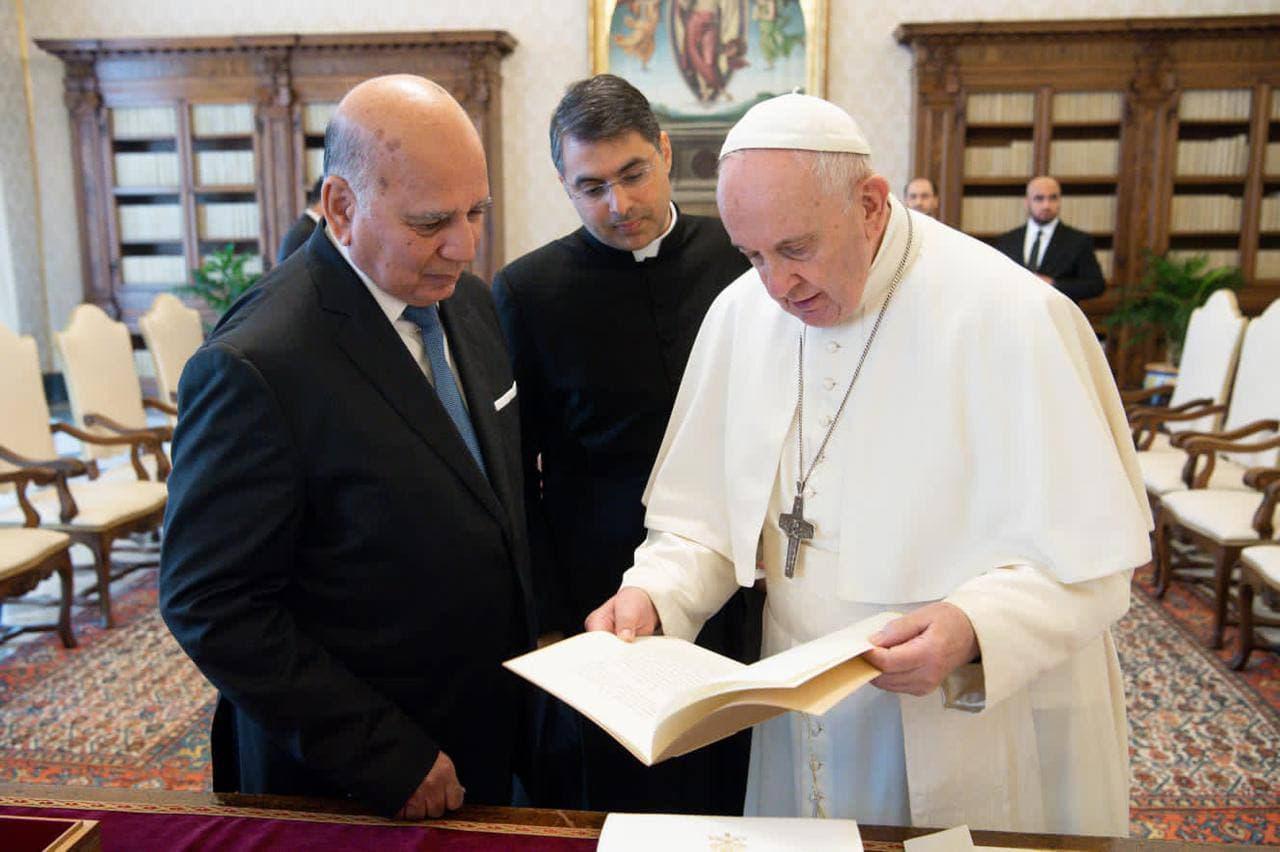 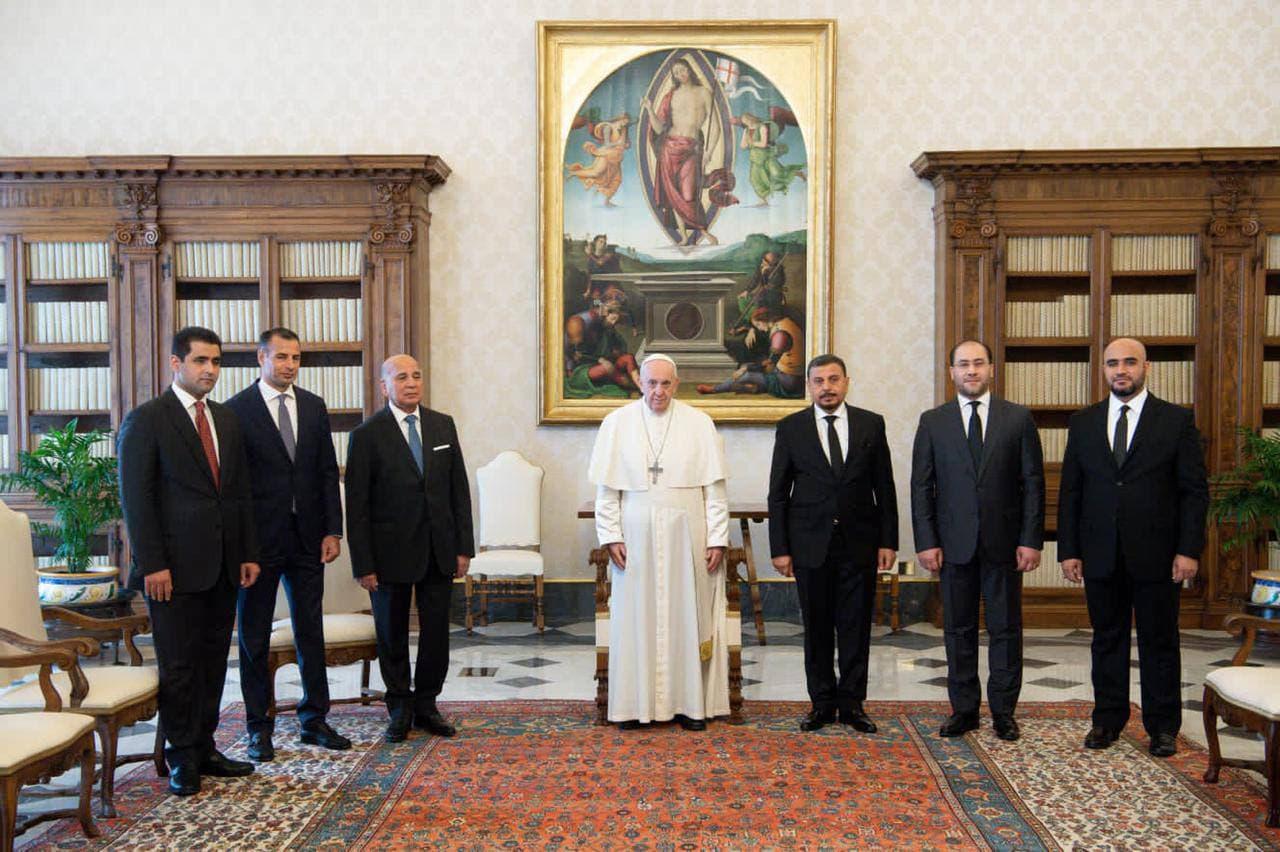 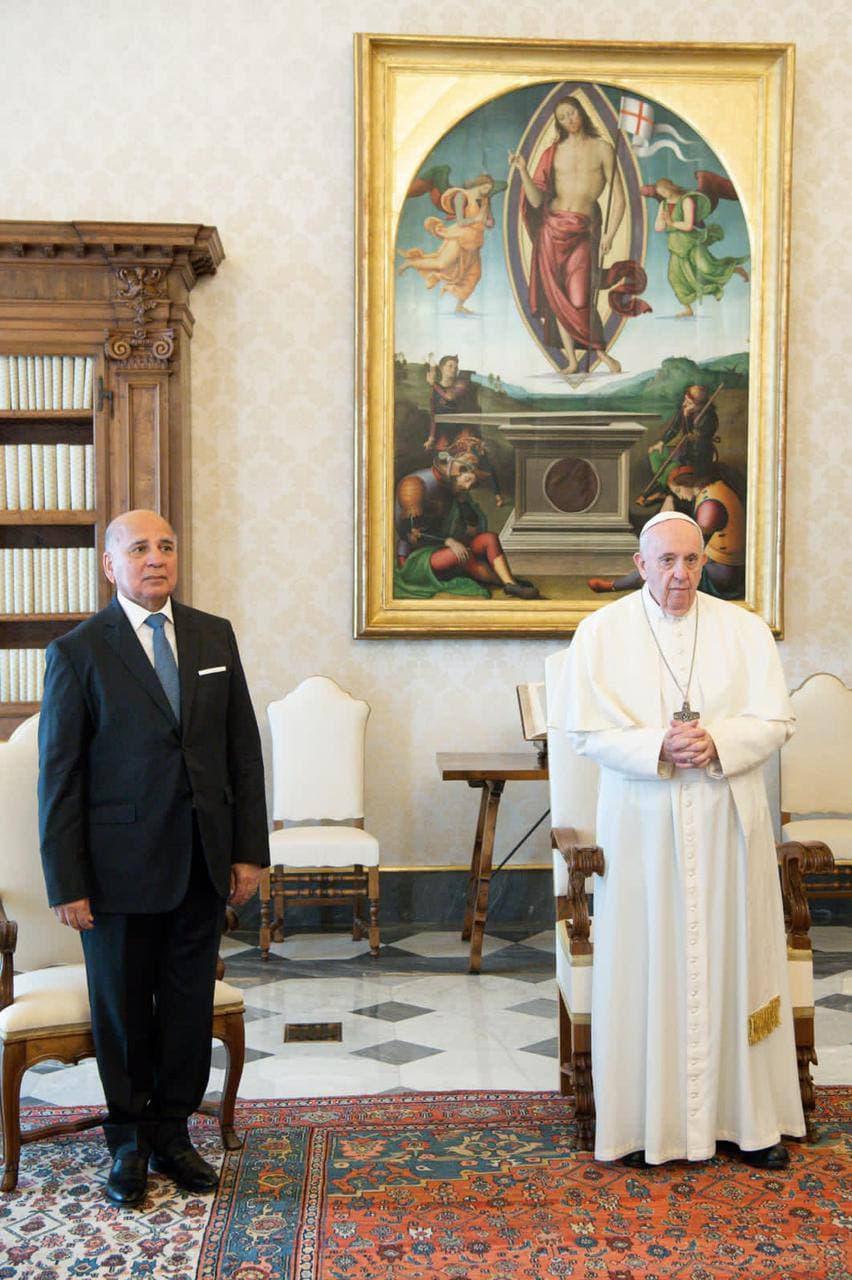 Similar topics
» Vatican: Current circumstances do not allow Pope to visit Iraq
» The Pope of the Vatican calls for peace in several countries, including Iraq, and talks about immigrants
» His Holiness, Pope Francis, receives His Excellency the Minister of Foreign Affairs, Fouad Hussein, in the Vatican City State Building
» Deputy Prime Minister Fuad Hussein takes part in a meeting via closed-circuit television on the health situation in Iraq and the region and the Ministry of Finance's support for the efforts of the Ministry of Health and the crisis cell
» The Presidency of the Kurdistan Region announces the details of the meeting of Nechirvan Barzani and the Pope of the Vatican