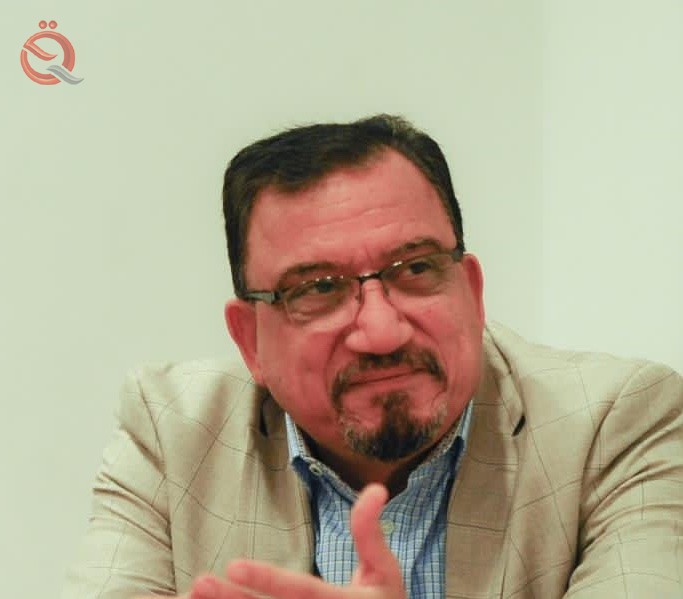 The Advisor to the Prime Minister for Construction and Investment Affairs, Sabah Abdul Latif Mashtat, revealed the details of the Ring Road project in Baghdad, while the fate of the Chinese agreement was determined, and confirmed the inclusion in the 2021 budget of the Sadr City reconstruction project .
Mushthat said in an interview with the Iraqi News Agency (INA), published by Al-Iktissad News, that "there is still no supreme council for reconstruction until the approval of its law," noting that "the law was prepared and sent to the parliament for approval through the three readings ."
He added that "there is a committee formed under my chairmanship, which is the Supreme Committee for Construction and Services," noting that "this committee includes 13 agents and representatives from the provinces, and aims to discuss lagging projects in the governorates and find solutions to them, as each session was allocated to a specific governorate ."

He pointed out that "the committee was able to find solutions to 46 projects stalled in the governorates," explaining that "among the projects for which solutions were found are the Diwaniyah sewers project, which began in 2008 and was referred to a company that was unable to complete it and stopped working on it ."

He added, "It was also decided to specify each session for specific buildings, such as educational, residential and industrial buildings, as well as basic design plans in the city," noting that "the next meeting will be devoted to industrial buildings and industrial zones ."
He mentioned that "there are projects for which large sums were spent and nothing was found in reality," stressing that "the government is serious and determined to find solutions to these projects and determine who is responsible for them because they involve a kind of waste and extravagance for the state and the budget ."

Investment challenges
He continued, "When the prime minister visited the Investment Authority, he raised the issue of delayed projects," indicating that "there are projects in the name of investment and lands have been allocated for them and for 15 years in which a single brick has not been built, and there are some investors who received the land allocated for their projects, but they sold it to other investors." ".
And that "the investment projects include that the investor pays the money after the government allocates land for him," noting that "the investment improves the reality of the state and projects, provides manpower and helps in the completion of projects that cannot be completed ."
He pointed out that "the investor faces great challenges, as there are two types of which are subjective factors related to the state, administrative slack, bureaucracy and corruption, and the second objective factors surrounding the problem, such as the economic, security and health situation represented by Corona," noting that "these factors greatly affect investment ."

He continued, "The Iraqi openness to countries is a positive factor because it will be used for economic development through concluding agreements and contracts and attracting investors, in addition to procedures at the level of laws," noting that "when the prime minister visited the Investment Authority, he presented the issue frankly and transparently, and his recommendations were to withdraw The investment license is one of the projects that have stalled, stalled and did not start . "
He explained that "any suspicion of corruption accompanying the project will take legal measures against the executing company and not just withdraw the license," stressing that "there are projects that started implementation 12 and 15 years ago and did not continue ."
"The investor is supposed to bring his capital to Iraq to implement the projects, which means that there is no theft of money, but rather the theft of land," Mashtat stressed, explaining that "the theft of an important land project in an important location with a certain value and the project is frozen and not implemented, makes the country lose opportunities for projects." Multiple and important . "

Rentier economy
He stressed that "one of the things in which the prime minister speaks repeatedly and criticizes the economic situation is the rentier economy dependent on oil, that is, whenever oil prices fall, the Iraqi economy becomes difficult," noting that "the white paper prepared by the government aims to increase state revenues and eliminate corruption, as The elimination of corruption will increase the state’s financial income, such as revenues related to fees and border crossings. The government has also modified the currency auction, which was draining large sums of money for the state and its projects .

He continued, "There is an intention and direction to increase state revenues, and this is what appeared through the white paper for economic reform," stressing that "the white paper is a strategic vision for the state ."

Strategic projects
He stated that "despite the current government's goal is to conduct transparent and secure elections, it has started many strategic projects, including the Faw port, which is a strategic project that contributes to developing the economic development and the external situation of the country." There has been no dam in Iraq since the 1980s, which has caused problems that occur in the abundance of water every year . "

"In the capital, Baghdad, work is underway to build the fourth ring road project, which will have major urban impacts on the city of Baghdad, reduce traffic congestion and create civilized growth, " he said.

Annular way
And that "the project is a circular road around Baghdad, 94 kilometers long and 100 meters wide, at a cost of one billion dollars," stressing that "this project costs the state as it will be given an investment opportunity ."

He continued, "We are now working on preparing a feasibility study for the project with the World Bank," pointing out that "the World Bank donated to prepare the feasibility study, and as the Prime Minister's Office set the path for this project, which is a smart path and does not contradict any other conflicts, because the old path used to pass some The oil wells in the Salman Pak and Rashidiya regions have also changed course from some areas of archaeological value .

He explained, "Every 12 km there will be a rest station and services for cars, in addition to that this ring road will be a means for urban development around the capital," stressing that "a preliminary study has been prepared on the value of real estate located on this road, its value will increase by 300 percent because it will give Value for the lands he passes through . "

He pointed out that "there is a project called the Renaissance of Baghdad, which began with cleaning, tiling, and other issues," explaining that "the urban reality of Baghdad is not pleased ."

Emaar Sadr City
He pointed out that "the Sadr City reconstruction project will include building 92,000 housing units, and it is a giant project in one of the important areas in Baghdad that is characterized by unnatural population overcrowding, which affects the service, social and psychological reality ."

Chinese agreement
He stressed that "the Chinese agreement is still in place, as there are many projects that will be implemented through this agreement, including the One Thousand Schools Project and Nasiriyah Airport," noting that "the agreement depends on the principle of oil for reconstruction ."

And "began paying money to the Chinese fund and stopped for a major reason, and it is assumed that Iraq puts the amounts of 100 thousand barrels per day, as Iraq cannot deposit its money in a Chinese bank due to the debts of some companies or for fear of seizing them, but a guarantee has been opened to secure the amounts ."

He stressed that "it will continue to be activated by pumping 100 thousand barrels per day," noting that "the money has not been withdrawn, but the project was subject to negotiations, and Iraq requested some things from the Chinese side and provided them to him ."

Baghdad Sky Train
On the suspended train project, Mushtat said, "The Minister of Transport stated that no funds have been allocated for the project within the budget," noting that "the Chinese agreement is not able to implement all projects ."

He pointed out that "the suspended train project is a government project and it has been approved and assigned to the Minister of Transport ."

Low cost projects
He pointed out that "the prime minister is interested in providing housing for poor groups or groups with a low economic level through low-cost housing projects, through the distribution of serviced lands and the provision of loans to investors to build these lands," stressing that "Iraq needs to build 3 million housing units. " .

The reconstruction of Mosul

He pointed out that "the UAE allocated an amount to rebuild the Al-Nuri Mosque and Al-Manara Al-Hadba, after which it added a specific amount to include two churches, one of Al-Tahira and another church, and they assigned the UNESCO in charge of culture and arts to run this project." He presides over the competition and is implemented within its criteria and conditions . "
He stressed that "the barriers on this issue are not justified and create things that are not present in the competition," noting that "the project that won is a promising project and will form a new center with its vision and old history ."
The Prime Minister’s advisor suggested "starting the project within two months, after the competition is completed and the winner is determined."