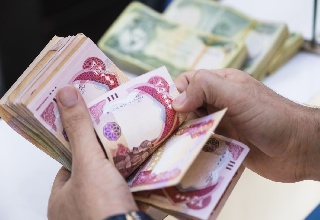 
The Prime Minister’s Economic Advisor, Mazhar Muhammad Salih, called for the activation of the Companies Law No. 22 of 1997, which allows the transfer of public companies to public joint-stock companies.


Salih said in an interview with Al-Sabah: “The application of the Public Companies Law No. 22 of 1997 allows giving workers in these companies an opportunity to be shareholders in their shares, and thus the workers will work with their shares, which will contribute to increasing the quantity and improving the quality of production.”


He stressed "the importance of legislating the partnership law between the public and private sectors, as it is a model of joint ownership to raise production efficiency, which is a joint cooperation between the government and the private sector, and about 27% of the productive activity in the world is based on this form of partnership, which is in the interest of Iraq." And the best method for employment and development, in addition to its extensions, to reduce unemployment. "


Saleh added, "There are strategic sovereign projects whose completion is in the interest of Iraq in general, such as the port of Faw. They do not belong to a specific conservative economy, but rather constitute Iraqi strategic projects par excellence, and provide their services and benefits for the growth and welfare of the country, and the efforts of the government and the state in general must focus on such These projects. "