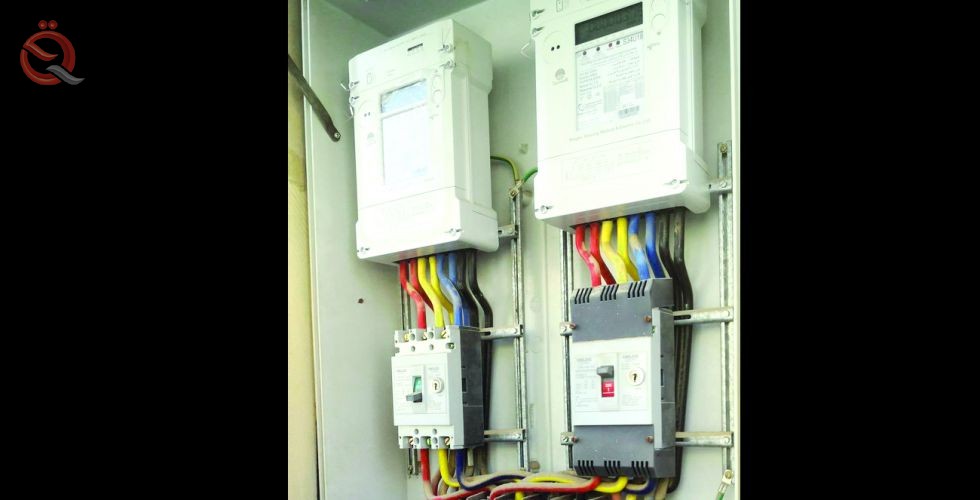 The Ministry of Electricity announced, on Wednesday, the imminent introduction of a number of new obstetric units that will contribute to supplying the system with a capacity of 3 thousand megawatts to reach 22 thousand megawatts before the next summer season, while it announced its readiness to start experimenting with installing smart meters in the capital, Baghdad.
The spokesman for the Ministry of Electricity, Ahmed Al-Abadi, said in an interview with Al-Sabah newspaper, which was followed by Al-Iqtisad News, that “the next few years will witness the introduction of a unit from the Salah al-Din station, contributing to the supply of the system with 630 megawatts, in addition to the introduction of units in the stations (Samawah, Wasit and Basmaya) and other units.
After completing the maintenance work in the stations (Al-Musayyib, Al-Harith, Al-Najibiya and Al-Khairat), ”indicating that“ the introduction of these units will positively affect the increase in the volume of produced energy and increase the hours of supplying citizens in all governorates with energy, especially since the estimated production capacities from the introduction of these units reach 3 thousand megawatts. “.
He explained that "the ministry is continuing to consolidate its infrastructure, establish new production stations and support periodic maintenance of production units, which were not completed last summer due to the economic and health repercussions, and that the target production for the summer of 2021 is to reach 22 thousand megawatts, if gas and fuel supplies are available."
The ministry still needs imported gas to operate the electricity production stations, and that the national gas in light of the incomplete fuel plan and the rehabilitation of the Iraqi gas fields will not meet the country's energy need at this stage. He stressed that "coordination with the Ministry of Oil continues to provide fuels to ensure the continuity of the electrical stations, but these quantities do not meet the actual need of gas on which most stations depend," revealing that "the agreement with the Ministry of Oil to set up LNG platforms to establish stations Quick erection because of the possibility of erecting these units as quickly as possible.
Al-Abadi revealed “the proximity of the project to install smart meters, as the technical and commercial offers for this project have been studied by specialists in the ministry and referred to the Council of Ministers, and it is expected that this experiment will be started during the next few period in the (Aweerij) area and elected areas in the capital. Baghdad to study the success of this experiment.
"The ministry has completed 81 percent of the part related to it in terms of electrical interconnection with the Arab Gulf states, and it will proceed with the linking authority to establish a strategic line linking the two Faw stations (400 kV) with the (Al-Zour) station inside Kuwaiti territory," the Electricity Ministry spokesman said.

Similar topics
» Electricity intends to install electronic meters in some areas of the capital
»  Ministry of Oil: Any measure to increase oil production will not be monolithic
» SPINGOLA SPEAKS w/ vicki davis and on smart meters
» INFO ABOUT SMART METERS/FOUND AT FRANK VILLA'S/YOUTUBE
»  Smart Meters Spy On You – A Freebee Movie Until Midnight August 15, 2016