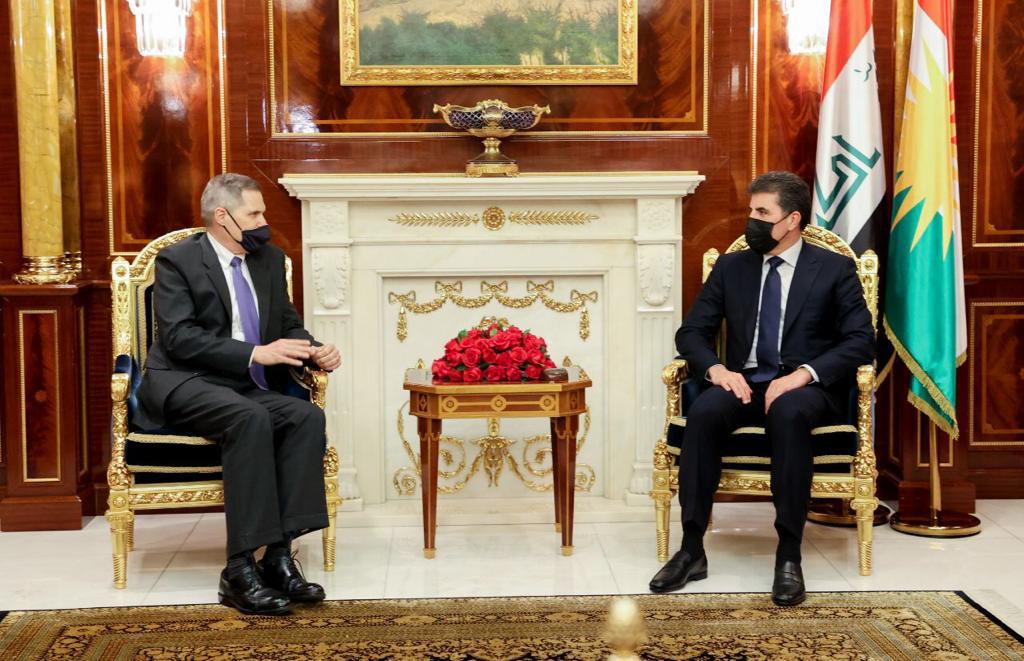 Shafaq News / The President of Kurdistan Region, Nechirvan Barzani discussed today, Monday, with the US ambassador to Iraq, Matthew Toller, the third round of the Iraqi-American strategic dialogue with the participation of the region, and the results of the region’s visit during the last three days to Baghdad and his meetings with senior Iraqi leaders and officials.

A statement by the region’s presidency received by Shafaq News said that Barzani received on Monday evening the US ambassador to Iraq, Matthew Toller, and the two sides discussed the third round of the Iraqi-American strategic dialogue that took place last week with the participation of the Kurdistan Region and the future of US-Iraqi relations within the framework of this dialogue, indicating that Al-Janin They affirmed a common desire to develop relations between Iraq and the Kurdistan Region with America on the basis of common interests.

The statement added that the meeting, which took place in the presence of the US Consul General in Erbil, in which the two sides discussed the visit that Barzani made during the last three days to Baghdad and his meetings and meetings with the three presidencies, leaders, senior officials, parties and Iraqi political forces.

The two parties agreed on the necessity of harmony and cooperation between all Iraqi forces and political parties and components in order to overcome the problems and crises the country is going through and the steps towards a better future.

The statement referred to Barzani and the US ambassador who discussed the approval of the general Iraqi budget law in the House of Representatives, describing it as a positive step.

The statement noted that the developments of the Corona epidemic, the vaccination campaign, preparations for the upcoming Iraqi elections, and the situation in the region in general were other axes in the meeting. 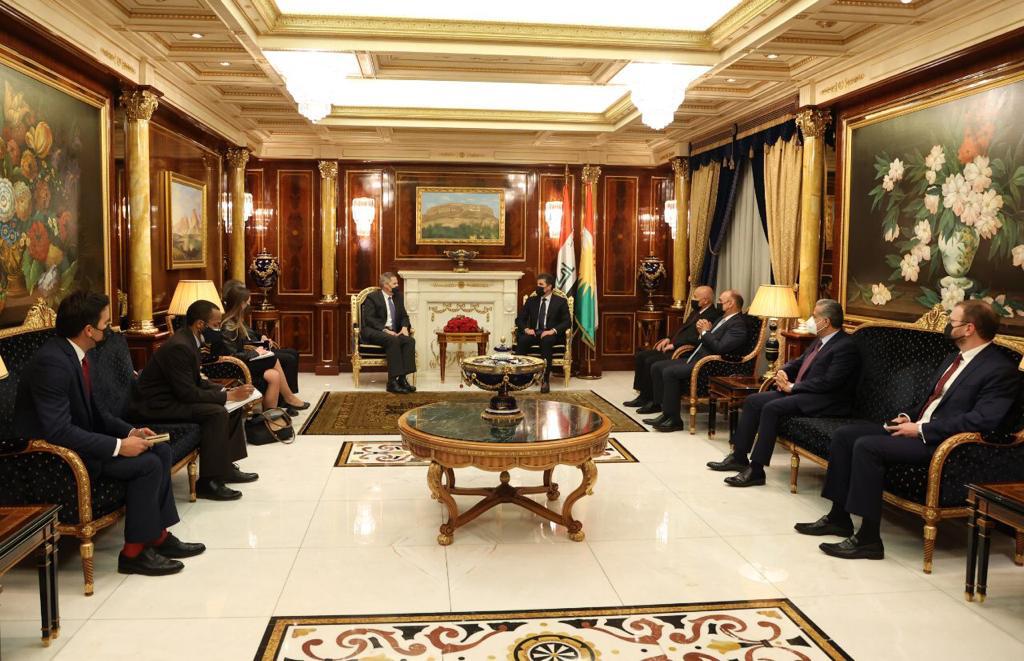 Similar topics
» An American-Iraqi strategic dialogue: a matter of interests and expectations
» Representative of the Kurdistan Region in the strategic dialogue: Washington granted Iraq 250 million dollars
» Nechirvan Barzani and Iraqi President discuss the situation of Kurdistan, Iraq and the region
» McGurk to the President of the Region: Kurdistan has many friends in Washington, as of President Biden
» Urgent: The American Ambassador in Baghdad: Our support for the people of Iraq is long-term and unwavering