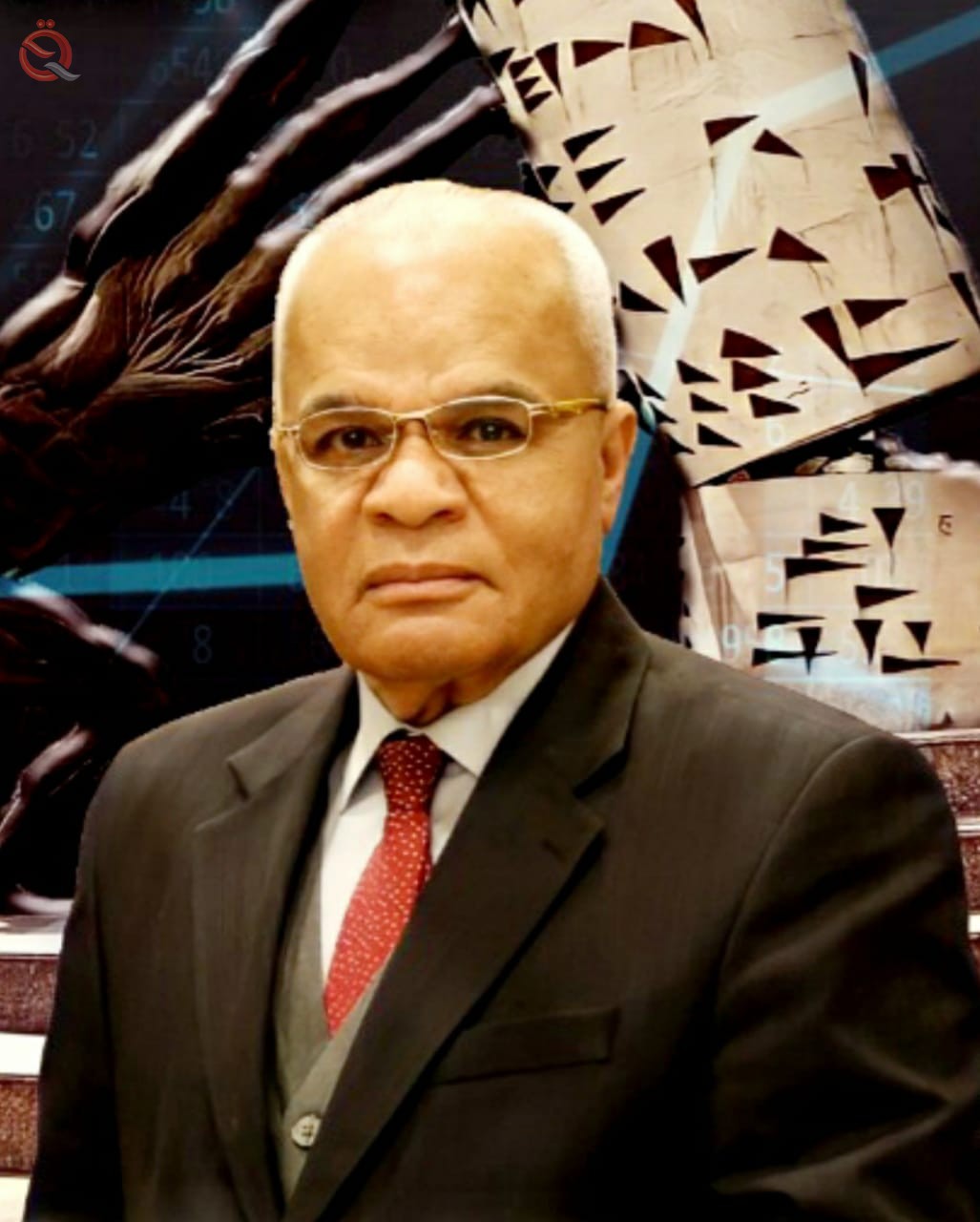 Introduction
that most countries of the world with emerging economies or fragile economies have strategies for national security that adopt plans to build stability and community building for their people, and the most prominent of these plans is related to ensuring food security, health security and livelihood security as basic and methodological priorities for building a safe, stable and developed society, and this, by the way, is what I emphasized and clearly indicated. The vision of Iraq 2030.The basis for achieving this is the robustness and sobriety of the pillars upon which the national economy is based, and the economy is the main axis of the national security strategy.
The relationship between the economy and national security
Iraq is currently going through a critical, important and sensitive stage due to the political, security and economic conditions, and it can be identified in particular with regard to the fluctuation of global oil prices up and down since June 2014 until the present time, the spread of the Corona pandemic and the global economic recession, in addition to the economic reality in Iraq, the stifling financial crisis, the war on terror, and the price reduction The exchange of the Iraqi dinar and the implications of that on our entry into the economic depression phase, which led to clear confusion in preparing the 2021 budget and an inflated current spending in it, which generated a large deficit that exceeds the percentage determined to the gross domestic product in the Financial Management Law, which is 3% and delayed its approval in the House of Representatives. It also indicates the economic reality, according to official data
Unemployment rates rose to more than 30% and reached more than 40% in some governorates for the workforce capable of work, and poverty rates rose to 31%, up to 14 million people, which led all these challenges to high rates of financial and administrative corruption and the suffering of the people. The Iraqi lack of services and the apparent deficiency in achieving food, medicinal and societal security in Baghdad and the provinces and the failure to return more than a million and five hundred displaced people to their governorates so far despite the liberation of their areas from terrorism for subjective and objective reasons, which confused the implementation of the plans drawn up to build national security in its general sense, which must achieve the basis In the economic stability and development of Iraq, in addition to the confusion that accompanied the change process after 2003, the lack of a unified economic vision and methodology for the form of the new state and how the economic structure would be in it, where the loss between a central economy and wishes for the transition to a market economy led to complex internal conditions that impededThe development process of Iraq, despite the passage of more than eighteen years since the change, and the matter has become more complicated and difficult with the changes taking place in the region and the world.
Therefore, we believe that building the foundations of the national security strategy in its comprehensive concept, with a focus on the economic side, must result in achieving security, stability and economic development in a way that contributes to the well-being of society, and that it is effective and feasible in the current circumstances in which Iraq lives. Therefore, many citizens and from various levels of government The political and economic, university professors and civil society organizations of youth, women and professionals must contribute to its preparation.
The enormity of the threats to Iraq, internally and externally, and we focus here on the threats related to expectations of economic collapse and waste of public money and the continued decline in oil prices globally requires standing firmly for all governmental, political and popular bodies in order to protect Iraq and sustain building its economy according to the realistic data that are below everyone’s level of view. There is no doubt that the economic reforms announced by the Prime Minister in the White Paper, most of which need a long time in order to implement them, requires reconsideration of the directions that must be adopted as an economic strategy to achieve national security, in which he focuses on Article 25 of the Constitution and other articles related to the state guaranteeing a decent life. For the individual and the family, it guarantees social justice among all groups and sects of the Iraqi people, and this strategy must include a realistic application of the axes of the government program in its economic and security dimension, and most importantly, the claims.
Legitimacy in eliminating financial and administrative corruption, addressing unemployment and poverty, and returning Iraq’s money stolen from the corrupt.

The basic economic principles of a national security strategy
1- The sovereignty of Iraq and its integrity and territorial integrity
2- Building a healthy and multi-resource national economy
3- The private sector plays the pivotal role of leading the market
4- Providing food, medicinal and environmental security for citizens
5- Ensuring a decent life for the individual and the family
6 ٦ Reforming and developing the financial and banking sector and increasing the percentage of its contribution to Economic development
7- The state guarantees social justice for citizens
8 Protecting the spirit of citizenship and civil peace
9- Reforming and developing good governance institutions to provide the best services to citizens
10 Information security and transparency in economic data and indicators
Futuristic Senorhat
We note through analyzing the above basic and economic principles that building a sound economy that achieves with its final results prosperity and prosperity for society and the basis for building a strategy for national security goes beyond protecting internal security to protecting the homeland and ensuring its safety from external enemies. Therefore, we stress here that strengthening national security at home and from outside requires From all concerned governmental and political authorities, the private sector and economists to study, discuss and analyze the challenges and reform measures for a secure Iraq and a solid economy. Therefore, we propose the following: -
1 Accelerate and activate the axes mentioned in the white paper by setting up policies and implementation and implementation mechanisms that shorten the time for developing productive economic sectors and diversifying non-oil revenue sources with trends that achieve what was mentioned in these axes in their detailed aspects and setting a time limit for the implementation of each article of the aforementioned axes articles Above, not exceeding two years.
2 The government has formed the Supreme Council for Economic Affairs, which is made up of experts from the government and the private sector in order to carry out economic reform and the first step of it is banking reform in a way that enhances the role of the Central Bank of Iraq and the ministries concerned with economic affairs (finance, agriculture, industry, planning, oil and electricity) in order to enhance effective coordination And the harmony between the fiscal and monetary policies, and to replace the newly formed Economic Reform Commission
3 Take quick measures to address the financial liquidity crisis that Iraq suffers due to the drop in oil prices, the war on terrorism, self-economic problems and poor economic planning. We affirm the need to make use of the national economic, financial and technical competencies and experiences in managing the work of the basic economic circles in the country.
4 Activating and developing implementation mechanisms for economic reform measures to support, develop, and involve the private sector in legislative and institutional economic decision-making, and to establish a private sector council according to the vision of the private sector development strategy (2014-2030) prepared by the relevant expert committees in the Council of Ministers with the United Nations Development Program With a focus on what I dealt with in its three phases and actually starting to implement them, determining the time limits to put them into practice, and determining the elements of implementation, taking into account the circumstances that Iraq is currently going through.
5 Encouraging banks to take real action by expanding banking financing in accordance with the central bank’s initiatives to favor small, medium, housing and investment projects, and to activate, implement, and define mechanisms and flexible instructions for implementation.
With clear foundations to ensure the transparency of data and entities that have been lent by government and private banks, and proactive monitoring during implementation and after implementation on the beneficiaries of these loans in a way that serves the central goal of allocating them to accelerate the economic cycle, reduce unemployment, develop small and medium enterprises, and contribute to development.
* An economic and banking advisor