Greetings everyone, as you know I hardly give any opinion, but those who follow my post very see what is happening in Iraq, provided you take the time to read the news that I am applying for.
Now what do we see in this article is making agreements between china with the middle east which means the silk road, and the central point for the middle east is iraq which is the most short to take the silk road, and cross the middle east, and europe !!
You can see now who is participating in the buna system, even the united states are in the system, Iraq is working on this right now !!
I know that some Arab countries are hooked on the dollar for currency exchange, like UAE Dirham, so to market you will need a value on the Iraqi currency vis-à-vis other countries !!
But that's just my opinion, and especially not from a guru || 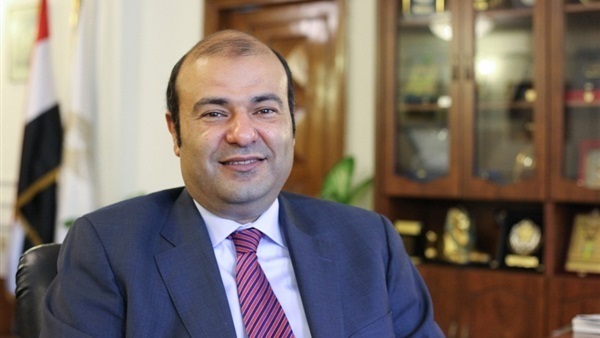 Dr. Khaled Hanafi, Secretary General of the Union of Arab Chambers, in his speech at the conclusion of the (9) session of the Arab and Chinese Businessmen Conference and the Symposium (7) for Investments, praised the constructive and important discussions of the working sessions, which aim to enhance the future of economic cooperation between Arab countries and the People's Republic of China.
The forum was attended by senior officials from the Arab countries and China, including the Vice President of the Chinese People's Political Consultative Commission GU SHENGZU, the President of the Chinese Council for the Development of International Trade (GAO YAN), the Assistant Secretary-General and the Head of the Economic Affairs Sector of the League of Arab States Dr. Kamal Hassan Ali, and the Director-General of the Organization The United Nations Industrial Development (UNIDO) Li Yong, the Ambassador of the Republic of Algeria and the Dean of the Arab Diplomatic Corps in China, Ahsan Bou Khalifah, the President of the Union of Arab Businessmen, Hamdi Tabaa, and other official and economic figures and businessmen from both sides.
Hanafi considered that “the Arab-Chinese relations that were distinguished in the past, but that this relationship should not remain confined to the framework of the past, and from here, the future of the relationship must be different, especially in light of the circumstances and changes that the world is witnessing in light of the Corona pandemic,” explaining that "The relationship pattern that prevailed in the past and was limited to traditional commercial exchange, has changed today and is no longer appropriate for the current stage."
He said: “Many Arab countries are witnessing tremendous developments, and on this basis a strategic partnership must be built between the Arab and Chinese sides, and for that, Chinese investment in the Arab world must take a different form, especially since the Arab region is considered a pivotal and a major gateway to Asia, Africa and Latin America. , Within the framework of the Belt and Road Initiative launched by the Chinese President, which is considered an ambitious and strategic initiative.
Hanafi noted “the importance of digital networking of markets,” calling for “the need to strengthen cooperation in the field of education by investing in minds and brains, as well as creating interactive platforms that help in developing Arab-Chinese economic relations.”
He pointed out that “the Arab private sector has a strong desire to cooperate with the Chinese private sector and the giant Chinese companies, and this requires easing the restrictions and procedures imposed by China on foreign investors,” considering that “the continuation of the pattern prevailing today in the form of cooperative relations, will not lead to any results. Fruitful in the future ”.
He stressed that "the Arab and Chinese sides, with their important resources, must harness their investments in the fourth industrial revolution and the digital economy," explaining that "the Arab region is qualified to attract huge investments in these vital areas."

And he considered that “the world today needs to fortify its food security, and that requires strengthening supply chains. From this standpoint, Arab countries that have strategic ports can play a pivotal role at the level of global supply chains, through the process of networking between production sources and markets in digital form. Which serves the common vital interests. ”

The economic advisor at the Union of Arab Chambers and the Dean of the College of International Transport and Logistics at the Arab Academy for Science, Technology and Maritime Transport, Dr. Sarah Al-Jazzar, participated in the first working session entitled: “Promoting economic integration and raising the level of cooperation”. She presented an intervention in which she presented her vision to strengthen the reality of economic relations. Arab-Chinese, by enhancing the prospects for cooperation in the field of the digital economy and the fourth industrial revolution, and directing towards investment in the field of digital infrastructure, in addition to setting strategic plans and work programs that frame joint cooperation, with the trend towards diversification of mutual goods and services to ensure the growth of the volume of intra-trade exchange, As well as finding practical solutions to alleviate the challenges and obstacles facing the business community from both sides.