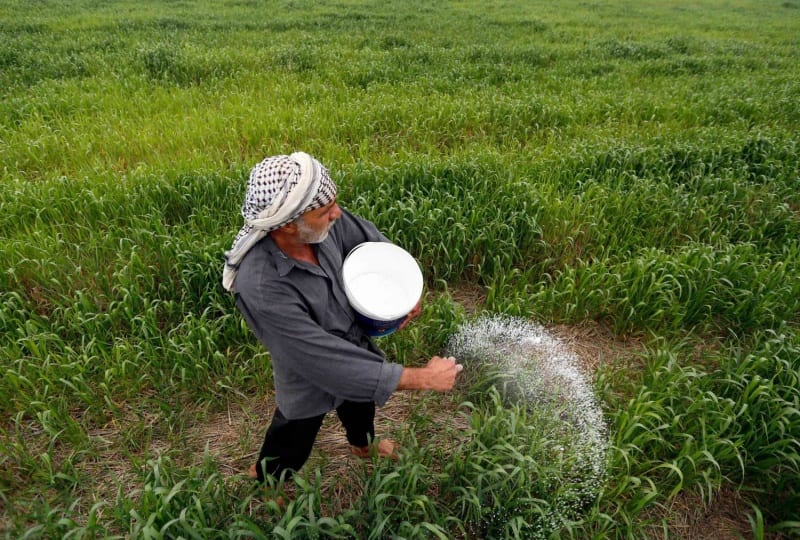 The Ministry of Transport announced, on Sunday, that the Korean company implementing the Faw Port project has started the field survey work, after laying the foundation stone for the project this morning, in the presence of Prime Minister Mustafa Al-Kazemi.
The ministry said in a statement, seen by Al-Eqtisad News, that “Prime Minister Mustafa Al-Kazemi inaugurated today, Sunday, a project to build five giant berths for unloading ships with a length of 1750 meters, which were implemented within the contract signed with the Korean company Daewoo, which started the field survey procedures in preparation for the start of its work on the project. And in the presence of the technical representative of the Ministry of Transport, the governor of Basra, deputies and directors of formations, and a large gathering of journalists and media professionals.
She added: "As this gigantic project will include the construction of a container yard with a length of 1750 meters, the project of dredging and digging and the construction of a navigation channel inside the port basin with a length of 10 km inside the port, and 13 km outside the port to connect it with the international navigation channel, and the construction of a highway linking the port with the city of Umm Qasr with a length of 63 km. Km, and the construction of a tunnel under the Khor Al-Zubair channel that connects beside the eastern road.
The ministry affirmed, "This project is the vital artery and the backbone of the country's economic life, as it will connect the eastern region with Europe through Iraq, Turkey and Syria, with the so-called dry canal. Once completed, it will become the largest port overlooking the Gulf and the tenth at the level of the world, as its production capacity will reach 99 million tons according to the designs made. Developed by the Italian consulting firm Tektital. "
Earlier, Prime Minister Mustafa Al-Kazemi described the Faw port project as a "project for generations and the future."
Al-Kazemi said in a speech during laying the foundation stone for the Fao port project, according to the official agency, that "Iraq faced a great challenge to complete the great FAO project."
Earlier in the day, Prime Minister Mustafa Al-Kazemi laid the cornerstone of the Al-Faw port project.
The media office of Prime Minister Mustafa Al-Kazemi said in a statement, “Prime Minister Mustafa Al-Kazemi laid the foundation stone for the Grand Faw Port project (the five contracts), which includes the five container berths, filling the container yard and digging the internal navigation channel, and digging and furnishing the navigation channel. External, the tunnel of the Khor Al-Zubair Canal, the highway linking the port of Al-Faw and Umm Qasr. "